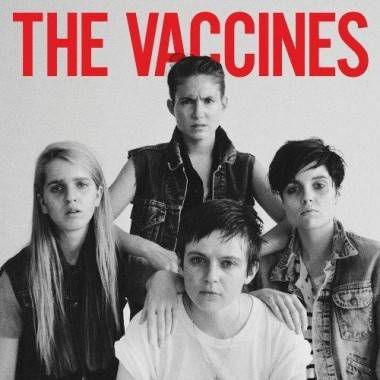 The Vaccines’ Come of Age is the English band’s second album.

International fame doesn’t normally come easily for most indie-garage bands, and it certainly doesn’t come quickly. So when so-called “overnight sensations” like West London’s The Vaccines accrue hundreds of thousands of screaming fans, play over 40 festival shows worldwide, win NME awards and book headlining gigs at the prestigious London Brixton Academy, all in the span of a year, skeptics are bound to start sniffing around.

But lead singer Justin Young is the first to shake his head at the group’s instant stardom. In fact, on the infectious punk track “Teenage Icon”, Young openly declares, “I’m suburban and typical”. It’s no surprise then that the major themes ofÂ Come of Age,Â the band’s sophomore release,Â deals with a denial of their media-imposed teen heartthrob status and the societal pressures that arise once you hit that mythical quarter-life crisis. 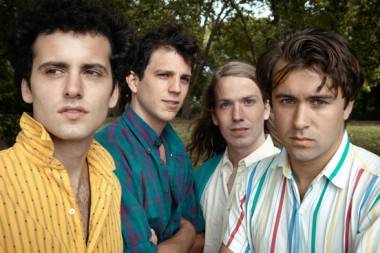 The band’s frustration reaches its height on the simmering dark anthem “Bad Mood”. Channeling early metal through crashing drums and strident guitar solos, the song could leave listeners down-in-the-dumps. But fear not, the rest of Come of Age gleams with simple and catchy numbers that you’ll be able to sing along to by the second chorus. The wistful “All In Vein” and “Lonely World” are firmly planted in romantic ’60s pop, while “Ghost Town” and “Weirdo” crank up the energy through punkabilly bass lines and guitar licks.

Like the apprehensive twenty-somethings that comprise the band, Come of Age sometimes feels like a record that’s lost in the woods. But it takes you through some interesting musical places along the way. Young plays with different nuances in his voice on the album opener “No Hope”, inserting some vibrato on those higher notes and singing with a slight country twang. Funnily enough, the gritty country slant to the song brings to mind another famous Young, Neil. And on “I Wish I Was a Girl”, The Vaccines explore a seductive and psychedelic vibe onÂ an acid-rock counterpart to BeyoncÃ©’s “If I Were a Boy”.

While this may not be the most captivating work The Vaccines have produced, it shows definite promise for future records. They certainly have a knack for composing solid and earnest rock numbers that will get your head bopping at the local pub. I guarantee, the album’s swoon-worthy melodies will have indie queens’ hearts melting all over the world. So if The Vaccines weren’t prepared to be teenage icons before this record, they need to gear up for that downpour of adoration now.