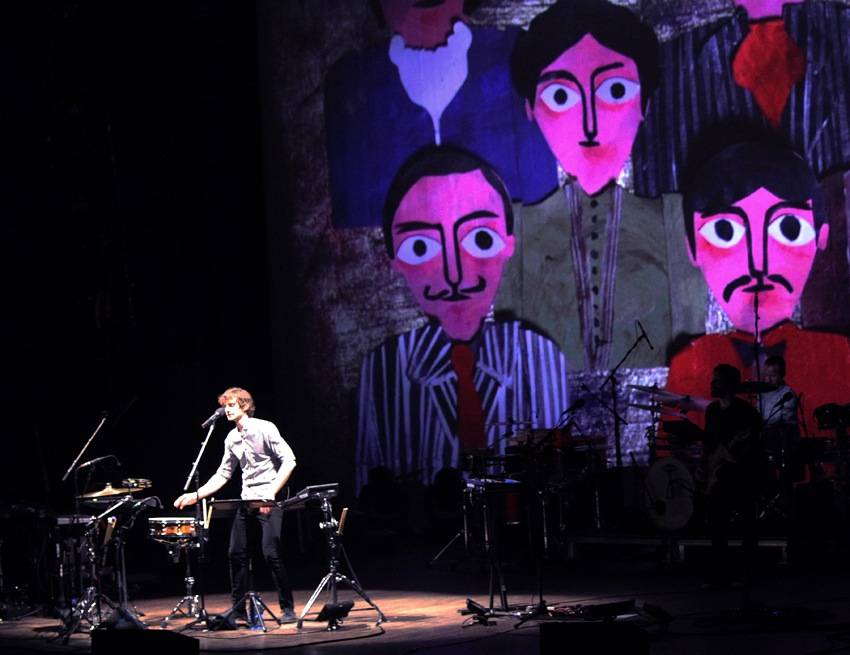 Apparently all the YouTube parodies and homages in the world aren’t enough to sell out a show when you have the whiff of one-hit-wonder about you.

In what could become more of a curse than a blessing, Gotye‘s song “Somebody That I Used to Know” has been an across-the-board hit. It’s a song that seems to fit every radio station format known to listener, except maybe for New Country and traffic. (You know a song is dead in the water when you hear it on the local hard-rock station. In the case of “Somebody That I Used to Know”, Vancouver’s CFOX delivered the kiss of death.)

The 32-year-old Gotye, bornÂ Wouter “Wally” De Backer in Belgium and raised in Australia from the age of two, was originally supposed to play the outdoor venue Deer Lake Park in Burnaby. However the show was moved to the Orpheum Theatre in Vancouver, apparently due to slow ticket sales.

However, apparently the concert – Gotye’s second in Vancouver this year, after an April appearance at the Vogue Theatre – was “a lush,Â eye-popping spectacle,” according to the Vancouver Sun‘s Francois Marchand, “that showed a deep level of confidence and artistic maturity.”

The show, Marchand writes, should have been a much bigger celebration than it was, even though the Orpheum was packed…Â In fact, the concert was quite amazing, blending interactive visual flair and ‘indie Sting’-like sonics, spectacular instrumental arrangements and tons of percussion.” Jonti and Chairlift opened.

“Somebody That I Used to Know” is from Gotye’s 2011 album, Making Mirrors. It’s his third record, after two independently released efforts. He is also a member of the Melbourne pop trio The Basics. Gotye has several more dates left in North America as of this writing, including a bunch on the West Coast.

New Zealand singer Kimbra, who collaborated with Gotye on “Somebody That I Used to Know”, will begin her 2012 North American tour at the Commodore in Vancouver Sept. 25.