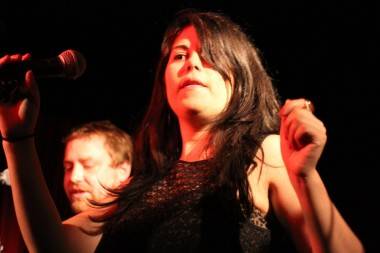 Winnipeg’s Imaginary Cities on a West Coast tour. The band has announced that it will record its next album, the follow-up to their debut Temporary Resident, in Vancouver.

Photog Robyn Hanson says the quintet played two new songs before the encore, including a track that featured group vocals. Singer Marti Sarbit was an energetic, exuberant presence, thanking the audience after every song; guitarist Rusty Matyas took charge between tunes to interact with the full house.