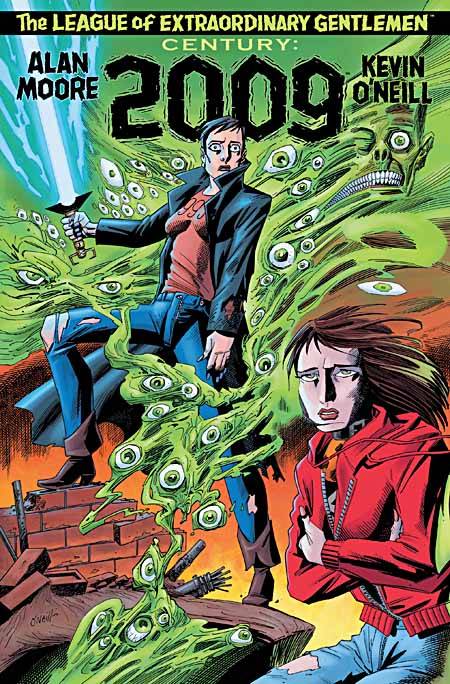 Alan Moore’s final chapter in The League of Extraordinary Gentlemen

For this reviewer, Century: 2009 comes at an interesting time. The final chapter in Alan Moore‘s ongoing League of Extraordinary Gentleman, the 72-page volume (published by Top Shelf) packs in a wealth of ideas while the comics industry itself seems to have run out of them entirely.

I’m not talking about the independents or smaller publishers, however. But after seeing The Amazing Spider-Man, the latest Marvel movie which regurgitates yet again the origin story that everyone knows yet no one gives a shit about, and DC’s latest attempt to cash in on Moore’s legacy with a series of Before Watchmen comics, it’s tempting to say that cynicism has infected the comics industry like never before.

None of which is fair, to a point. Sony Pictures, not Marvel, is responsible for the heap of trash and dull storytelling that is The Amazing Spider-Man, while DC hired several respected creators for the BW line (anything that gives Darwyn Cooke work can’t be all bad). But measured against both of those efforts, Century: 2009 is a fun, ass-kicking reminder of what comics, in uncynical hands, can be.

If you haven’t been following along, however, you might be a little lost. The basic premise of the League is that Moore has put together a team of fictional characters, like Captain Nemo, the Invisible Man, Mr. Hyde and more to fight threats to our planet. Or at least, a version of our planet; one of Moore’s talents is to create a fun-house mirror of our world, and this he does in League’s alternative universe, even going so far in the latest installment to create his own version of the Internet.

Suffice it to say, 2009 picks up 30 years after the last chapter, 1969 (which was published last year). The Antichrist is loose and it’s up to the three remaining leaguers, including Mina Murray and gender-shifting Orlando, to stop it. 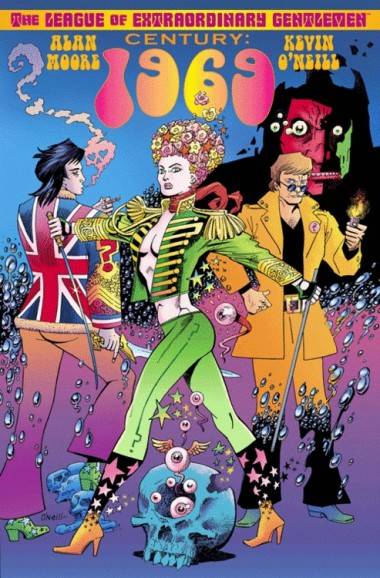 There’s more to the story, of course, but I don’t want to spoil any of the fun. However, it’s good to see Mina back – 1969 left me dazed and confused as to her fate – and Moore’s Antichrist is definitely something to behold.

As usual for the series, there are plenty of pop-culture references for readers, and especially fans of British secret agents, to delight in. I’m not a fan of Kevin O’Neill‘s blocky, ungainly art, but he does know how to interpret Moore’s vision and to tell the story.

This is apparently the last chapter, which is sad, but it’s enough to know Moore will be back with something probably just as thought-provoking and idea-filled. And 2009 accomplished a pretty incredible feat; it wiped away the bad taste left by The Amazing Spider-Man.