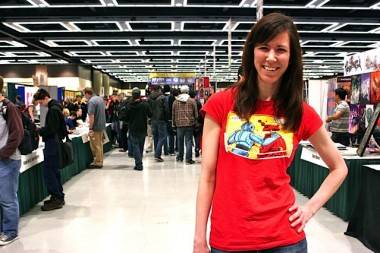 It’s not always easy being a geek. Especially when you’re a girl. With the buxom,Â spandex-clad superheroine as the comic industry standard, it can be hard for comic- andÂ gaming-loving women to find a comfortable place in that world. But geek girls can takeÂ heart, for there’s community-building afoot.

Susie Rantz is the PR Manager for Geek Girl Con, a new convention that describesÂ itself as “the celebration of the female geek.” I met up with Rantz in Artist’s Alley at theÂ Emerald City Comicon last weekend to ask about the organization and their upcomingÂ second con, scheduled for August 11 and 12 at the Conference Centre in Seattle.

Rantz says the idea for the con started at the San Diego Comicon in 2010.

“There was a panel called Geek Girls Exist,” she says, “and it was held at the same timeÂ as the Scott Pilgrim panel so people weren’t sure how well attended it would be. But itÂ was standing room only, people were out the doors. And people started to realize thatÂ rather than having one token girl panel at a convention, there’s a desire to create a wholeÂ community where girls feel welcome.” 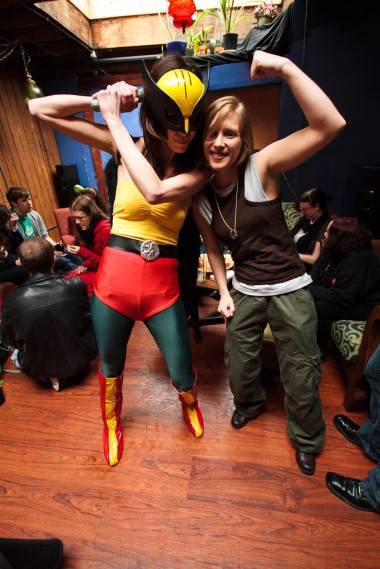 Rantz says the idea gathered steam throughout that year and, since many of the SDCCÂ panel attendees were from Seattle, the idea for a local convention soon took shape. TheÂ inaugural Geek Girl Con was held in October of 2011 at the Seattle Centre.

“It was amazing,” says Rantz. “We sold out. We had dads bringing little Princess Leias,Â which was really cute. And the panels were great. But the vibe… we’ve heard a lot ofÂ people who said this convention felt the most welcoming and community-like.”

The community spirit that flourished at the con is what Rantz considers its greatestÂ success. Above all, she emphasizes the inclusiveness of Geek Girl Con.

“Geek Girl Con is not just comics,” Rantz says. “It’s to celebrate the contributions ofÂ women in geek culture. So that can be science and technology, that can be gaming, thatÂ can be the comic book industry, that can be literature. We want to create a safe place forÂ all girls and women and their supporters to come.”

Rantz believes that a supportive community can have a powerful effect.

“When DC released The New 52, they also cut a lot of female creators,” says the PR Manager, referring to the publisher’s unprecedented across-the-board re-launch of its superhero titles in 2011. “AndÂ somebody got up at San Diego Comicon last year and said ‘Why? Why did you do that?’Â And it created a huge uproar, not just women but men saying there needs to be moreÂ female contributors. And they actually ended up hiring a lot more women because ofÂ that.”

Rantz hopes the Geek Girl Con community can have an impact on the industries theyÂ love.

“I think sometimes girls and women are a little afraid to speak up to say ‘We love comicÂ books, we love graphic novels, but we don’t read those traditional ones. We love theÂ alternative ones where there’s a really powerful female protagonist that doesn’t have toÂ be in a bikini,’” she says. “One of the things we’re hoping to do is to build a communityÂ that says ‘This is what we love, give us more of it.’ I hope that the industry – not justÂ comics, but TV creators, the movie industry – can see that there’s huge potential inÂ marketing towards girls.”

The resounding success of the first con gave the organization momentum.

“We weren’t sure after the first one if we were going to hold a second one, this was kindÂ of our trial. But so many people said ‘You have to do another!’ So we’re back for 2012.”

The second event will build on last year’s success in a number of ways.

“It’s going to be bigger,” says Rantz. “It’s at the Conference Centre, so it has room toÂ hold about 4,000 people a day, and we’re going to have a whole floor for gaming. AndÂ we also want to build a convention that is based on what people want. Last year we heardÂ that there wasn’t as much diversity as people would have liked, so we’re trying to holdÂ some more panels that focus on women of colour. I think every year it’s going to beÂ different because people get to submit their own panel ideas.”

From writers like Gail Simone, Jane Espenson, and Jen Van Meter, to local superheroÂ Purple Reign, to Seattle meteorologist and “science geek” M.J. McDermott, the conÂ promises something for every girl geek out there. But Rantz says Geek Girl Con aspiresÂ to be more than a once-a-year weekend event. 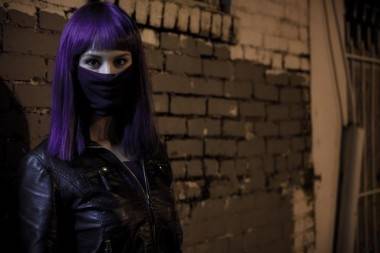 Seattle superhero Purple Reign will be at this year's Geek Girl Con Aug 11-12.

“We’re much more than a con,” she says. “We’ve held a hundred events since ourÂ inception, small and big. And in doing that we’re really just hoping to build a community,Â one that can support each other throughout the year. We’re hoping to engage people notÂ just in Seattle but throughout the world.”