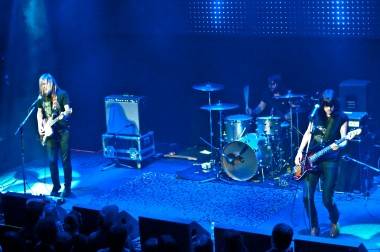 For some reason, one of Band of Skulls’ largest fan bases exists in Vancouver. In fact, last night’s show at the Commodore was their first to sell out through pre-sales on their North American tour. Minutes before the South Hampton trio graced the stage, the rowdy and blazed up crowd chanted loudly for their appearance, almost like it was a homecoming gig.

Fans were not disappointed by the procession of raw, bluesy rock ‘n’ roll that followed from drummer Matt Hayward, bassist and vocalist Emma Richardson, and guitarist and vocalist Russell Marsden. The opener “Sweet Sour”, the title track from their latest record, perfectly captured the balance of pretty and syrupy vocal harmonies set against razor-sharp guitar solos and seething drum rolls. While the audience went berserk for their viral hits like “I Know What I Am” and “Hollywood Bowl”, they ate up the newer and more poignant tunes “Lay My Head Down” and “Bruises” with gusto.

The group played their contagious hits with precision, proving that if you’ve got the chops, you don’t need all the theatrics. I spoke with Marsden and Richardson earlier in the day about their penchant for Southern blues, the dangers of Twitter and Instagram, and whether or not they’ll be Skrillex‘s competition in the future.

Ria Nevada: Your North American tour kicked off with some shows at SXSW. What do you think makes that festival different from the rest?

Emma Richardson: It’s been the most intense festival. There’s a lot of bands, and every single coffee shop or restaurant or bar opens its doors. It’s crazy. We played a bunch of shows there a couple of years ago and this time we did about three or four. So yeah, it was good to go back and re-live it again.

RN: Who were some of your favourite acts that you saw down there?

RM: We didn’t see anyone. We saw a couple of bands in the lobby of our hotel when we were waiting to get rides to places and they were both really good. But it’s just frustrating because you’re sort of there to work and of course we’re on this tour so we left early.

ER: I walked past a little bit of Shannon Van Etten and that was amazing.

RM: It would be a great festival go to. I think for bands it’s more like go in, play as many shows, and survive.

RN: You had an amazing response to your debut album Baby Darling Doll Face Honey. It definitely hit home with mainstream audiences, specifically with shows like Friday Night Lights and True Blood, and even appeared in the wildly popular and often criticized Twilight saga. Did you ever think that your music would be just about everywhere?

RM: I think in the beginning it wasn’t. Without having a giant budget or giant record label, we were open-minded on ways to reach people. Sort of like, word of mouth, I think that all those things you just mentioned were all on the right side of that? So everyone that came up to us, we decided, “Yeah!” And it’s worked. Because people get into one song and discover the band, and hopefully like the rest of it.

There’s always different songs that get put out into these things. If we had one tune that always went out, it would be very frustrating for us for people to like just the one song. But often, it’s a selection, so we get a nice balance.

RN: Yeah, you wouldn’t want to be thought of as a one-trick pony.

RM: I mean it would be great to have a world-wide smash hit that you could retire on. But also, it must be frustrating to just have people know you for one thing. That must be unusual.

RN: I noticed a strong ’70s blues revival vibe in your records. Do you make a conscious effort to integrate Delta and southern blues imagery into your music? There are several allusions to the devil, much like the works of legends like Robert Johnson.

RM: It’s a big responsibility to do that. There is a strain of blues influence in our music, so it’s nice to tip your hat to it now and again. But it’s a natural thing, not something we consciously put into the music. 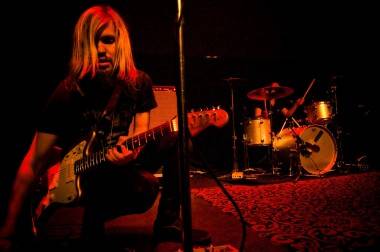 ER: When we first started playing, we three of us together naturally just ended up playing that kind of style.

RN: So in the Venn diagram of your band, that was your common ground?

RM: It’s true. It’s exactly like that. Because we all meet there and all of our other influences from the outside, we try to wrap it all into it.

RN: So what are some bands in those outside circles that you absolutely don’t agree on?

ER: I quite like trashy, garage-y rock and roll, and sometimes these guys [referring to Marsden and drummer Matt Hayward] are like, “Well they can’t actually play their instruments. Why do you like that? That sounds like shit. It’s lo-fi bullshit.” But I quite like that raw, punk sound. Yeah like, we can’t actually play, but we fucking mean it. Having that ferocious energy sort of thing. 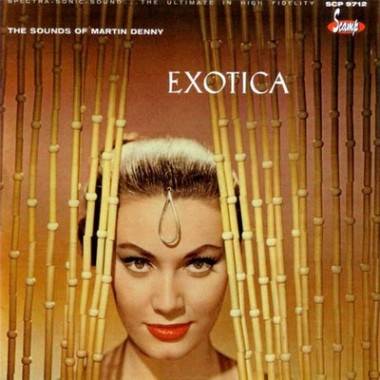 Band of Skulls’ Emma Richardson and Richard Marsden can’t agree on the sounds of Martin Denny.

RN: In a couple of days, Channel 4 is releasing a documentary about your rise to fame. How did this project come about? Did you enjoy getting personal with the camera?

RM: We just heard about this!

ER: There were a few questions asked about how we began and all of that. I think we ended up sitting at one of our local pubs just chatting.

ER: It’s a bit of a shame sometimes because the mystery is lost with bands.

RM: The magic is gone.

ER: You can search online and just find instantly anything you want and hear any band. Back then, that didn’t really exist. But I think at the same time we’re kind of fans of Twitter, and Instagram and stuff like that. And it does really connect you with fans, and you meet people online, then they come to the show and you come to the city again, and it makes the world feel like a smaller place. Which is sometimes quite nice when you play music every night of your life, it’s nice to kind of reconnect.

RN: You guys are known for your raw, gritty, rock ‘n’ roll sound. Dave Grohl was chastised post-Grammys for a supposed back-handed insult at overly-produced, electronic-driven music. What’s your take on this whole dubstep movement?

RM: I think it’s fine. It’s just off on it’s own world isn’t it? Everyone seems to concentrate on it nowadays, so it gets a lot of coverage which makes other genres feel a bit unloved probably. But those people have spent a lot of time making those records as well.

ER: I think every genre should have press about it. It’s personal taste, it boils down to, isn’t it? If you don’t like the style of music, don’t listen to it. The fact that different genres are always coming and going. Every 10 years it seems like it comes back to rock ‘n’ roll, and comes back to dance. So it’s always going to exist, it’s like, sometimes you need that kind of thing in the spotlight to make the others thrive. 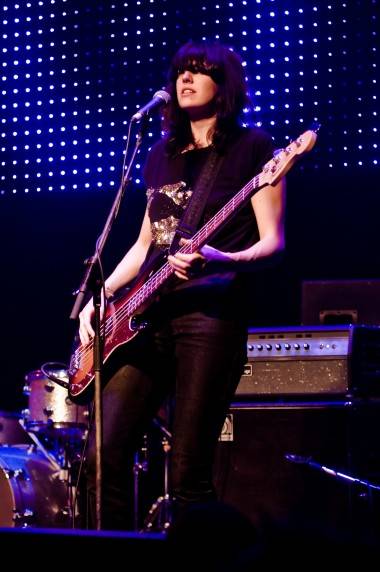 Emma Richardson: “Sometimes you need that kind of thing in the spotlight to make the others thrive.” Michael Caswell photo

RM: In every genre, a song or a band has got to get some emotion out of you. But if it hasn’t got any emotion or soul to it, I think there’s not that much point.

ER: Never say never, but I can’t see that in the next couple of years.

RM: We like a lot of music and I think that would be the bravest thing we’d ever try [laughs]. So yeah, maybe we’ll have a crack one day. We’ll call it Delta Blues Electro. How’s that?

RN: I’ll be lining up for that record. Thank you so much and good luck with your show tonight!