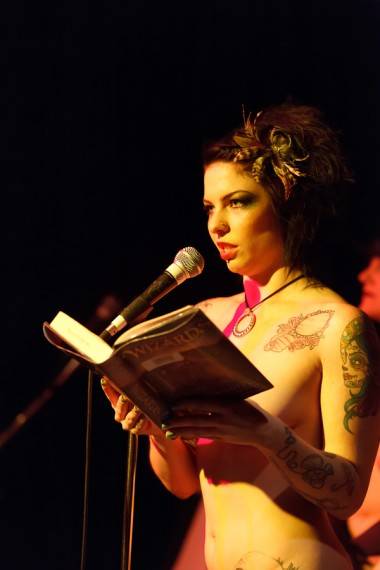 – by Ria Nevada/photos by Frankie Panky

Most people have had that nightmare where you nervously walk onto the stage of a large hall to deliver a speech in front of a sea of sneering faces, only to realize that you’re standing before them stark naked.

The buxom beauties of Vancouver’s Naked Girls Reading group have embraced this scenario and turned it into a romping monthly event where they choose one of their favourite authors and read passages from their body of work to the city’s literati. March’s pick was English novelist Neil Gaiman. Unfortunately, the master of modern fairy tale and dark fantasy writingÂ was not present at the show (he was tied up at another engagement in the U.S.), but sent his stamp of approval and well wishes to the women via Twitter.

To get everyone into the raunchy mood, Scarlet Delirium of the VanDolls Burlesque troupe (who are holding a second edition of their wildly popularÂ Videogame Burlesque at the end of the month) warmed up the 70 or so attendees with a slinky and seductive dance set to some glam-rock. Sticking to the fantasy theme, she wore a floor-length black trench and donned what looked to be a Cybermen mask from Dr. Who, slowly peeling off both items to reveal her curvy body, dark locks and glassy blue eyes.

With everyone loosened up, MC Diamond Minx walked out onstage as Gaiman’s Sandman comics character Death – dark wig and lipstick and black evening gloves. She immediately made everyone feel at home by inviting the crowd closer to the stage with a large smile, and shared a few dirty jokes (such as how the ladies would be fellating the microphone) before the stripped-down story hour began. She introduced each of the readers, each with a distinct look and personality that matched the passages they picked from Gaiman’s repertoire.

Understandably nervous, busty Mama Fortuna initially emerged as the shyest of the group, opting to sit on a stool as she shakily spewed lines from a Sandman graphic novel. Toss it up to liquid courage, but by the end of the night, she became extremely animated, and even put on an Irish accent while acting out one of the short stories from the Gaiman short story collectionÂ Smoke and Mirrors.

Next, Goth-punk vixen Riannaconda delivered an excerpt from Gaiman’s novelÂ American Gods with a ferocious edge that totally detracted from her fully bare body. To see a woman show such conviction in what would normally be a vulnerable and uncomfortable position was pretty damn mind-blowing.

As her stage name would imply, Sweet Sashay – in rosy make-up, a flower in her air and pearls by her eyes – came off as the girl-next-door.Â Unsurprisingly, she picked Coraline for herÂ  reading, purring the children’s tale like a seductive school teacher. 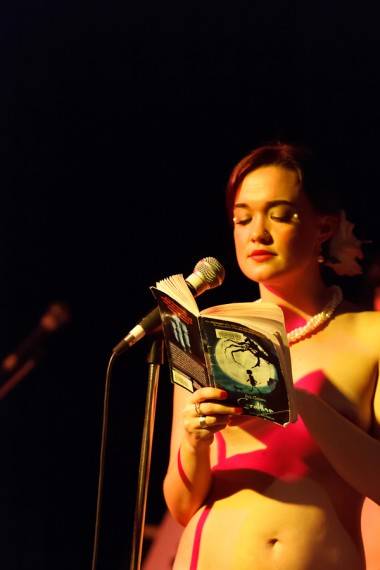 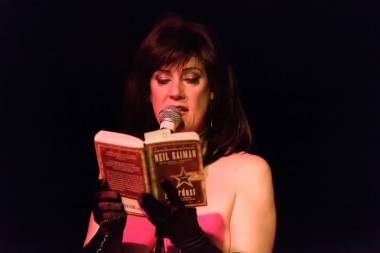 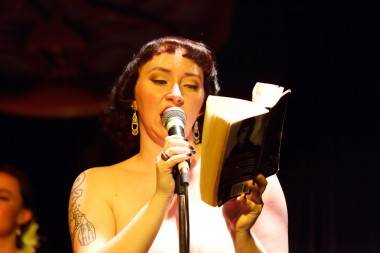 The Naked Girls Reading events are as unique and bizarre as this city’s literary shindigs get, but rest assured, you’re in for a good time. The welcoming and sassy women of this club prove that naked or not, there is nothing sexier than an intelligent lady who knows good literature.