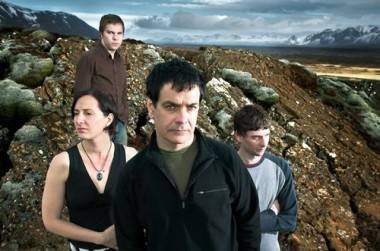 A new Wedding Present album is always good news. No one writes acerbically romantic guitar-based pop quite like frontman David Gedge, and the brackish-voiced singer again rises to the occasion on Valentina, the group’s eighth studio album.

Formed in Leeds in 1985, The Wedding Present Â never rose to the heights of popularity of near-contemporaries like Blur and Oasis. But the band has maintained a devoted fanbase over the years, beginning with a brilliant debut (George Best) in 1987, then with massively guitar-driven albums like 1989’sÂ Bizarro and 19991’sÂ Seamonsters. Two more records followed, including the beloved (by this writer) Watusi, before Gedge dissolved The Wedding Present to form a new group, Cinerama. After three Cinerama albums, the musician realized his songs were again moving in a more guitar-driven direction, and in 2004 reinstated The Wedding Present.

We reached Gedge, now the band’s only original member, in Austin, where The Wedding Present were playing several shows before embarking on a North American tour (including an April 5 date at the Biltmore Cabaret in Vancouver). As befits a band with their rich history, the evening will be somewhat nostalgic – two years ago they played the entirety of Bizarro; this time, The Wedding Present revisits theÂ Steve Albini-produced Seamonsters – while showcasing new songs as well. 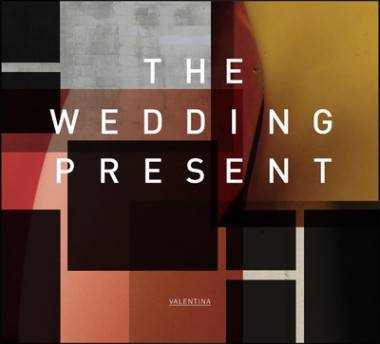 Shawn Conner: At this point in the band’s career, how helpful is it to play an event like South by Southwest?

David Gedge: Well, half the audience are journalists or DJs or agents, from all over the world. It’s more about business, in terms of getting the word out on the new LP.Â I suppose we’re here to promote our new album.

Having said that, it is a pretty cool thing. All these concerts going on everywhere and you just kind of turn up with your band and equipment, play for half an hour and go somewhere else.

SC: Will you see Bruce Springsteen‘s keynote address? Or has that already happened?

DG: To be honest, I’m not a massive Springsteen fan. it’s not my kind of music at all.Â It’s weird, a lot of people whom I respect really like Bruce Springsteen. I’ve never discovered it myself. You know Damon [Gough] from Badly Drawn Boy? He loves Springsteen. At first I thought he was being kind of ironic. It’s taste, isn’t it really. What music means to you when you hear it at a certain stage in your life.

SC: I’ve been listening to you guys since George Best and I’m wondering, am I the only long-time Wedding Present whose favourite album is Watusi [1994] and is waiting for you guys to do that whole album?

DG: You’re not on your own at all. It’s the sort of album that slipped through the net, that one. The people who know about that one tend to like it. It’s not been available for years. It just came finally available on iTunes.

As far as the Wedding Present, the whole idea was, and still is, that each album has its own style. That was an extreme case of that – even though we’re a guitar band it’s more about analyzing the way people used to do things before guitar pedals were invented. It was all about dynamics. If you stick around long enough, we might do that album on its twentieth anniversary – in 2014.

SC: I recall a B-side from around that time, “Jumper Clown”…

DG: That was a cover of a Marc Riley song. He was a guitarist in The Fall. He got sacked I think by Mark E. Smith and he started his own band Marc Riley and the Creepers and he wrote that song about Mark E. Smith because Smith wore these big jumper-like sweaters. When he left The Fall, he took all these riffs with him, which you’ll hear turning up on his records.

SC: The last time you played Vancouver was the Biltmore, which is a good, mid-size club, and when you come back you’ll be playing there again. What’s in it for you at this point – why do you keep doing it?

DG: I think it’s a mild form of mental illness. I think it’s an obsession. People say your job’s great, you must love it. To be honest I don’t really. I find it quite hard to do and stressful, playing live. But as soon as I’ve written songs I want to go back into the studio and record them, and then play them live. It’s a craving really.

There are loads of other things I’d have liked to do throughout my time in the band but I’ve been so focused on this. Like, another form of writing, or being a DJ. Doing some film stuff or something. But I’ve been 100 per cent concentrating on Wedding Present or Cinerama. 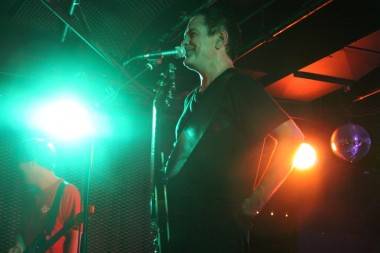 SC: Was Cinerama a way of reenergizing?

DG: I think so. I’ve always had this idea I’d like to do this different kind of music influenced by film composers like John Barry and Ennio Morricone, and I didn’t think it would be fair to force this structure on the Wedding Present. Like, You’ve joined this guitar band, now here’s the string section, the flute player, orchestral brass. I thought the easiest thing to do was to go and experiment.

I didn’t foresee doing it for eight years. It was just the way it went. I got really into it; after the first record I wanted to make a second one, and a third one. I really enjoyed the creative freedom of working with a different set of parameters.

DG: I love it, actually. Instead of just texting your friends, you’re texting 9,000 people interested in the Wedding Present. It’s a good way to hear from people. They might bring my attention to something I might miss. I’ll see a film or read a book and tweet about it and get a whole gang of people will tweet back.

It’s time-wasting, to be honest, because you can get addicted. You look at your computer for two hours because hundreds of people have left messages.

SC: I was only at SXSW once, 10 years ago, but I imagine it’s a lot different – for one thing, people are probably on their smartphones all the time.

DG: The people who attend this are all really media-savvy, so yeah, there’s a lot of smartphones. You see people on them at gigs, sure. But that’s the way it is, Shawn. The future’s here.