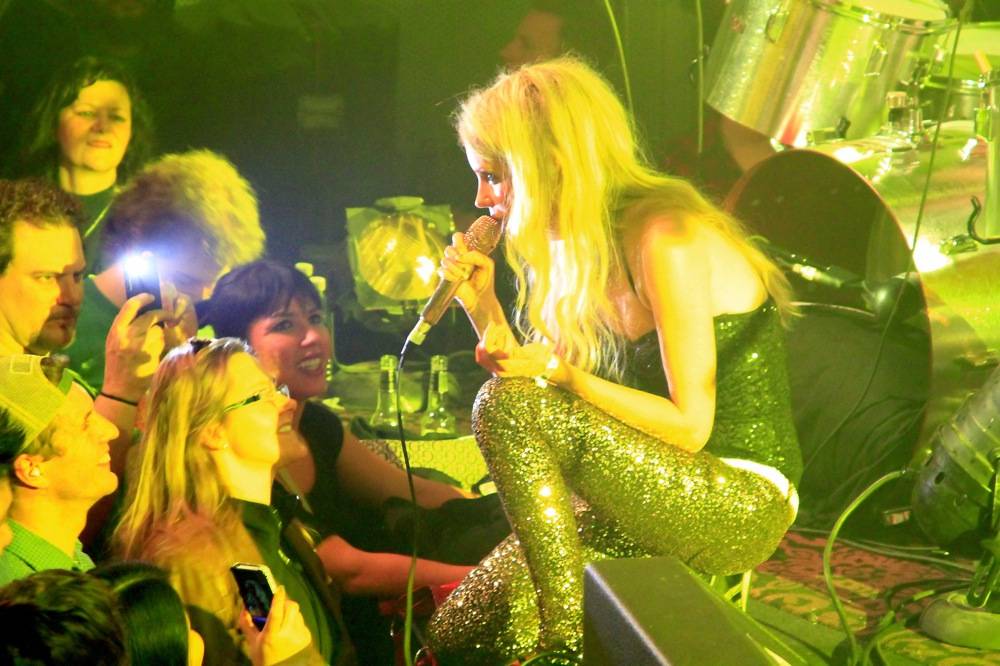 Vacationer’s remaining reportoire was of the West Coast, surf-rock persuasion (think Jason Schwartzman‘s solo venture Coconut Records), mixed with reggae fusion beats a la The Police. They will likely be a staple in 2012 summer playlists. Their sound could use some tightening up – the synths and drums seemed to overpower the guitars at times, and there were moments when lead singer Kenny (who mysteriously evaded my questions about himself or the band when visiting the merch booth) strained his voiceÂ  to compete with all the other elements. Still, a strong effort from a budding band with a knack for writing irresistible pop songs.