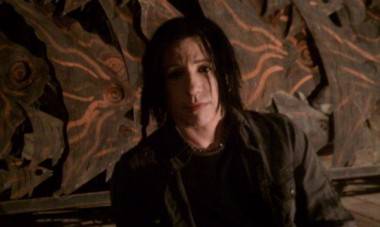 If you’re looking for something to get you all revved up this rainy weekend, make your way out to Abbotsford. GrindCo Entertainment is putting on the spectacle that is Motopsycho Mania Motorcycles and Music Tour at the Abbotsford Centre this Sunday.

The event features three live motorcycle stunt show attractions, including: Freestyle Motocross (FMX), featuring jumpers tricking and flipping on a huge ramp set-up; the Globe of Death, a steel cage act with multiple motorcyclists inside the ball at the same time; and extreme street motorcyclists showcasing two-wheeled stunts on everyday street bikes, all amid the rush of concert-like special effects and music.

After the craziness and adrenaline-charged motorcycle shows, Tony Grinder & Means to An End will put on a different kind of show. The Los Angeles-based industrial/electro/rock band mixes hard-hitting riffs with industrial beats and vocals reminiscent of early Nine Inch Nails or Marilyn Manson. Since the release of their debut CD, … Reaction!, the band has been causing a stir with their subversive, revolutionary message in support of the “Zeitgeist” and “Occupy” movements currently growing nationwide.

The mayhem goes down for one night only, on Sun, Jan 29, 2012 at the Abbotsford Entertainment and Sports Centre (33800 King Road). Tickets start as low as $15.00, and include general admission on the floor. V.I.P packages are also available including backstage passes to meet and have autographs signed by your favourite performers after the show.

For more information or to purchase tickets, visit www.abbotsfordcentre..