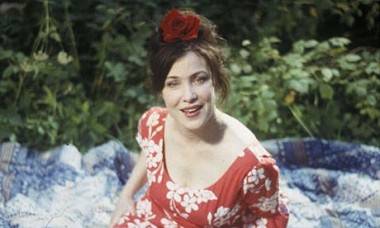 Mary Margaret O’Hara – you released one album 23 years ago, and followed it up with a 4-song Christmas EP and a soundtrack (in 2001). Since then, bupkiss.

Mary Margaret O’Hara, what is your deal?

Now, after snubbing this city forever (from what I can gather, you’ve never played Vancouver), here you are coming to town for not one but two appearances; and not official “concert” appearances, either, but shows under the auspices of a performance arts festival, for God’s sake. AND then I read (in today’s Vancouver Sun, in an interview with Vancouver cellist Peggy Lee, with whom you’ll be performing) that these shows are going to be largely improvisatory.

Mary Margaret, this frightens me.

Improvised music to me is jazz late at night when the audience is too opiated to care that the performers are just making it up as they go along. It’s not what I want from my pop artists. Since you’ve never played Vancouver, I had hoped that this would have been a chance to hear some songs from, well, your only album. Or even something from your unofficial follow-up, the soundtrack to that movie Apartment Hunting. Or even a Christmas song.

Mary Margaret, are you going to scat-sing? 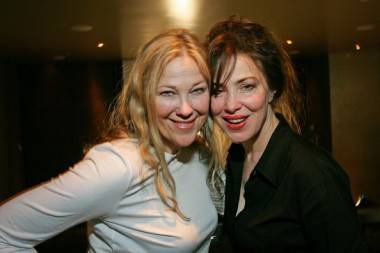 But I guess you won’t be conforming to any rules or pop music conventions. You won’t be held down, and I respect that. You’ve managed to keep a fanbase – apparently, your PuSh shows are sold-out – all these years despite releasing fewer records than dead Tupac and appearing onstage only rarely, and then usually with other artists at tribute or benefit shows, or in places like Dublin, and taking the occasional movie role. But these are usually in indie productions, which aren’t known for paying their actors.

Which makes me wonder – Mary Margaret O’Hara, do you have a day job?

Anyway, I don’t want to harp on this reclusive/eccentric artist thing too much. I’ve done a little research and I’m guessing that you’re neither the weirdo musical genius you are sometimes depicted as nor a cunning master of your public image, but someone who just follows her muse and acts accordingly. Which is great, really.

But do you think on Friday night you can play “Body’s In Trouble”?

One response to “Mary Margaret O’Hara, what’s the deal?”