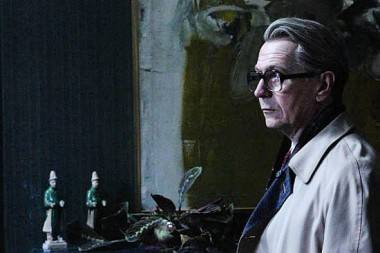 There was a moment in the early ’90s where it appeared Oldman’s acting career could have swerved onto the leading man fast track: cast in Francis Ford Coppola’s much anticipated Bram Stoker’s Dracula, Oldman – as the title character, a couple of decades before vampires were all the rage – was primed to take Hollywood by storm. Somehow, he didn’t – thought it’s hard to say if that’s because of rumoured drug and alcohol abuse, his reputed vicious temper, or because of his own idiosyncratic choices. After all, Oldman always danced between leading and character roles – often as the heavy.

From his early, gritty British roles to his more polished appearances in American films, Oldman has also maintained a stolid aloofness though the years, as if he didn’t much care or that he felt the public didn’t appreciate his efforts enough. I remember seeing him, in a press junket for 1994’s Immortal Beloved in which he played Beethoven, basically repeating incessantly how he actually played the piano during performance scenes. The interview had less the of the intense Robert De Niro/Daniel Day-Lewis nods to dedication to craft than to the bratty “look-at-me” cadence of someone who feels they are underappreciated.

And yet Oldman remains, if not in demand, at least working at the highest level, and consistently. It’s been a bumpy road, but one full of memorable films and performances.

10. Romeo is Bleeding (1993) – While not Peter Medak’s best film (that honour has to go to The Ruling Class – a two-part film in which Peter O’Toole’s character first sees himself as Christ, then as Jack the Ripper), Romeo is Bleeding is good old corrupt fun. Oldman stars opposite Lena Olin as a cop playing a dangerous cat and mouse game with the mob. 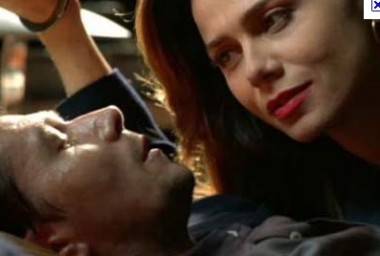 Gary Oldman and Lena Olin in Romeo is Bleeding.

9. Batman Begins (2005)/The Dark Knight (2008)/The Dark Knight Rises (2012) – Christopher Nolan took what Tim Burton reinvented in the late ’80s and gave it a modern, dark edge. And who better to cast as police commissioner Gordon than Oldman, so long known for malicious bad guys that his casting instantly creates a deeper dimension for the character. 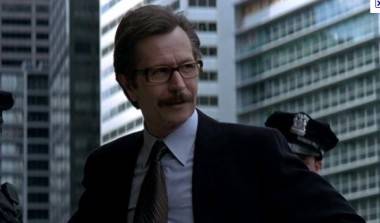 8. JFK (1991) – Portraying Lee Harvey Oswald as both a sympathetic patsy and a subversive communist, Oldman’s turn as the assassin was as impressive a performance as he’s given. 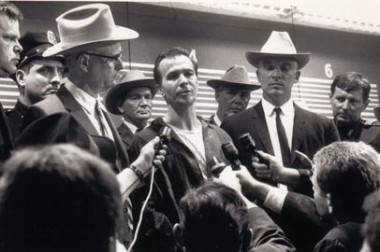 7. Prick Up Your Ears – In this early gem from the much underrated British director Stephen Frears (The Grifters, High Fidelity, The Queen), Oldman takes on the role of another complicated public figure, playwright Joe Orton, who lived dangerously and freely until it all tragically caught up to him. 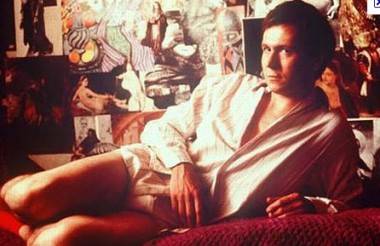 Gary Oldman in Prick Up Your Ears

6. The Contender – Oldman is at his slimy best as political puppet master Shelly Runyon, who is attempting to thwart the career of a female politician. 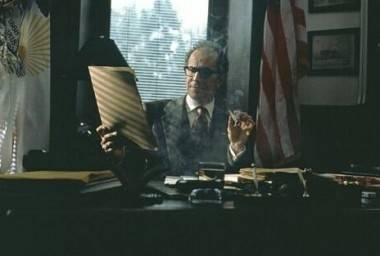 Gary Oldman in The Contender.

5. The Fifth Element (1997) – Luc Besson’s wonderful stab at fantasy and science fiction sees Oldman as the fantastically named Jean-Baptiste Emanuel Zorg, a dangerous man in a race against Bruce Willis‘s cabbie for a powerful weapon. 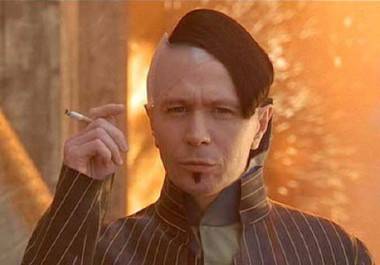 Gary Oldman in The Fifth Element.

4. State of Grace (1990) – A little-seem but worthwhile flick, State of Grace stars Sean Penn and features Oldman as a young Irish thug who drags Penn’s character back into a life of crime within New York’s Hell’s Kitchen. 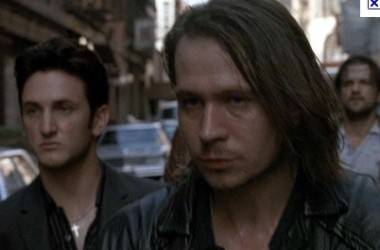 Gary Oldman in State of Grace. 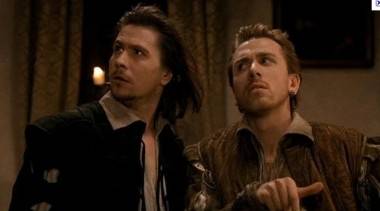 Gary Oldman and Tim Roth in Rosecrantz & Guildenstern Are Dead.

2. Leon (1994) – Oldman reinvented the role of the bad cop with his sardonic, drug-fuelled performance in Besson’s crime film (also known as Leon: The Professional). 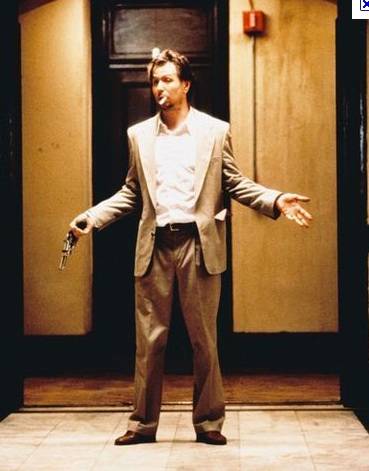 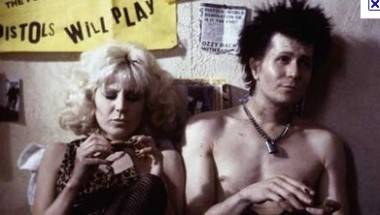 Chloe Webb and Gary Oldman in Sid and Nancy.