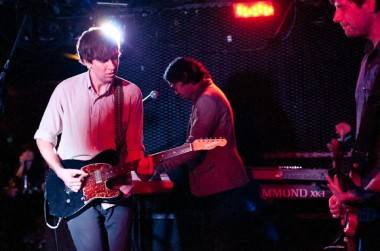 Devon Williams played Zulu Records then opened for Tennis at the Biltmore Cabaret in Vancouver Dec 13. The LA-based singer/songwriter is on tour for his second album, Euphoria, recorded in New York withÂ Jorge Elbrecht of Violens and in Vancouver with Dave Carswell (Destroyer/Tegan and Sara).