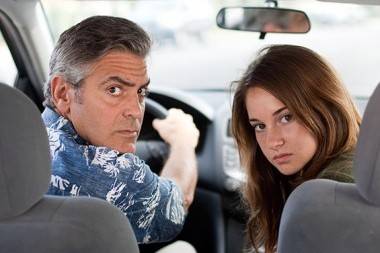 Proving how boring the Best Actor race is this year, I’m picking Clooney. This year, he’s had two critically acclaimed filmsÂ  (The Descendents, The Ides of March) and, like Chastain, likely scores points for volume of work as much as anything else. He’s also charming as the dickens!

As long overdue as Plummer, Malick should be an absolute lock in this category. And yet it seems that somehow the film and its director have faded from mind for most critics. But The Tree of Life is a daring, challenging film worth every bit the wait (it was supposed to appear at the Cannes Film Festival in 2010, but Malick kept tinkering). The director has only been nominated twice in his long career (both times for The Thin Red Line), and his at-the-time overlookedÂ  ’70s output, Badlands and Days of Heaven, is now considered critical to the overall American movie canon. Combined with the fact that a runaway contender has yet to appear that could sweep the three hour telecast (I’m not sold on The Artist being that film), I’m thinking there is a huge shock on Oscar night, and Malick takes the directing prize.