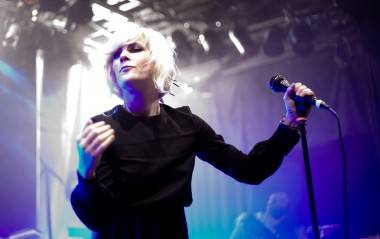 Review and photos – The Sounds at the Commodore Ballroom, Vancouver, Nov 22 2011

After a month and a half of circling the globe, Sweden’s prized electro-pop band The Sounds happily concluded their hectic tour in Vancouver. They are currently promoting their fourth and latest studio album, Something To Die For, another heavy dance record like their debut Living in America.

The vivacious quintet celebrated like it was New Year’s Eve (on a Tuesday night, nonetheless), turning the Commodore Ballroom into a sparked night club, complete with strobe lights and chest-busting beats. I myself felt like a party pooper for showing up in a grubby grandpa cardigan and loafers next to all the glammed up ladies in sequins and skyscraper heels, and the fellas in ballin’ caps and pristine kicks.

The crowd seemed a little shy on the dance floor during the Kids at the Bar DJ set, but spirits lifted significantly as soon as Maja Ivarsson, The Sounds’ blonde vixen, graced the stage. Her swagger was incredibly entertaining and somewhat baffling. The looker with killer gams sang like a New-wave chanteuse and swung her microphone around like a punk-princess, but spoke to the audience with a street-savvy Brooklyn accent (a little unusual for someone born and bred in Scandinavia, don’t you think?). 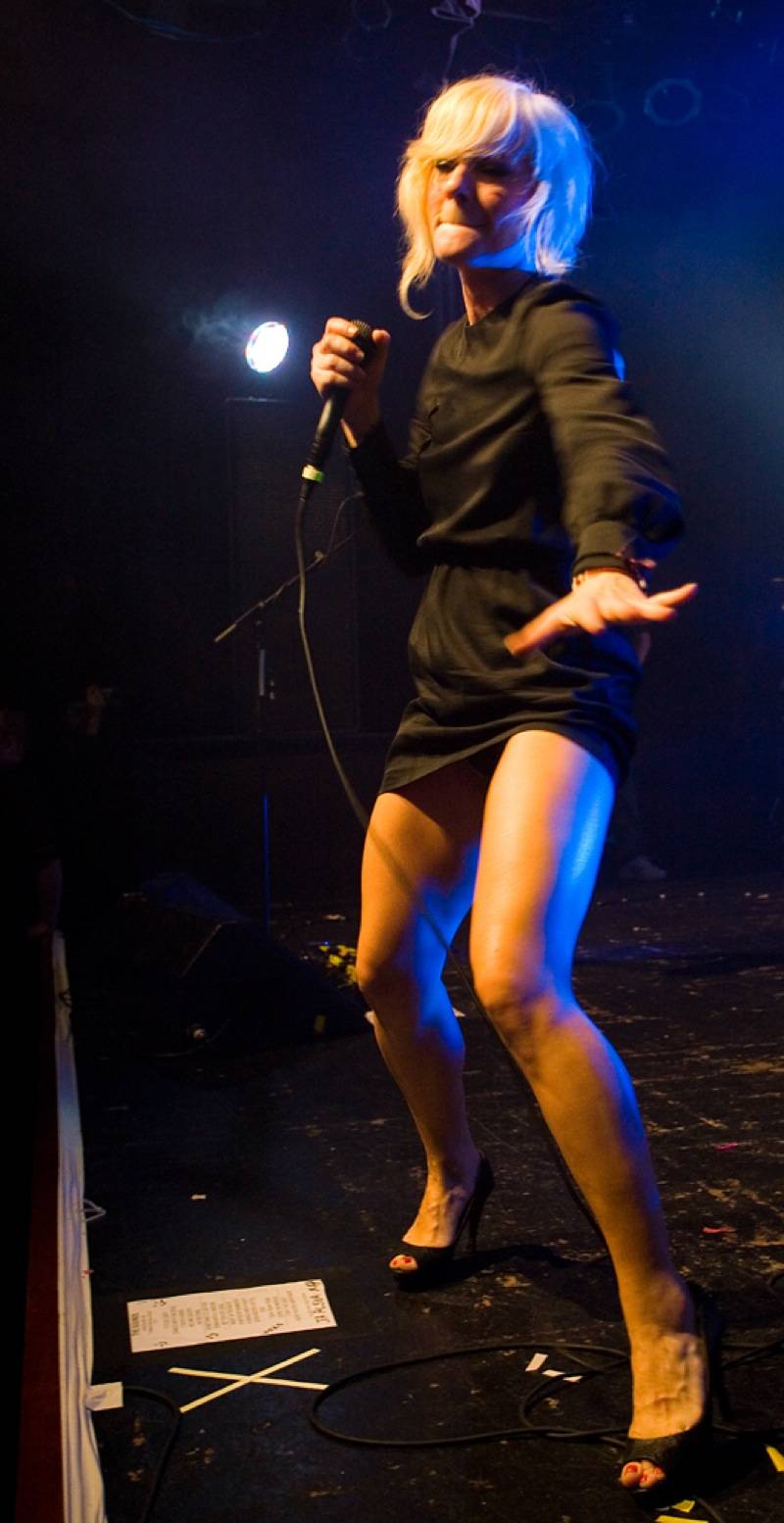 Ivarsson made her mission clear from the get-go – she wanted everyone to get “fucking crazy”, and led by example, leaning into the crowd, seductively pulling up her skirt and dancing on monitors. The foxy gentlemen of the group carried about in a more subtle manner, flashing flirty smiles with audience members, and tossing around their very well-kept hairstyles.

But slick style and good-looks are obviously not the only traits The Sounds have going for them. As their name implies, they create an aural sensation that glorifies the most hard-hitting pop genres in the past 30 years. Tracks like “It’s so Easy” and “Seven Days a Week” were teeming with contagious synth-laden melodies, much like Talk Talk and OMD. Ivarsson semi rapped through “Yeah Yeah Yeah”, recalling bubblegum hip-hop groups of the ’90s like Sugarhill Gang. 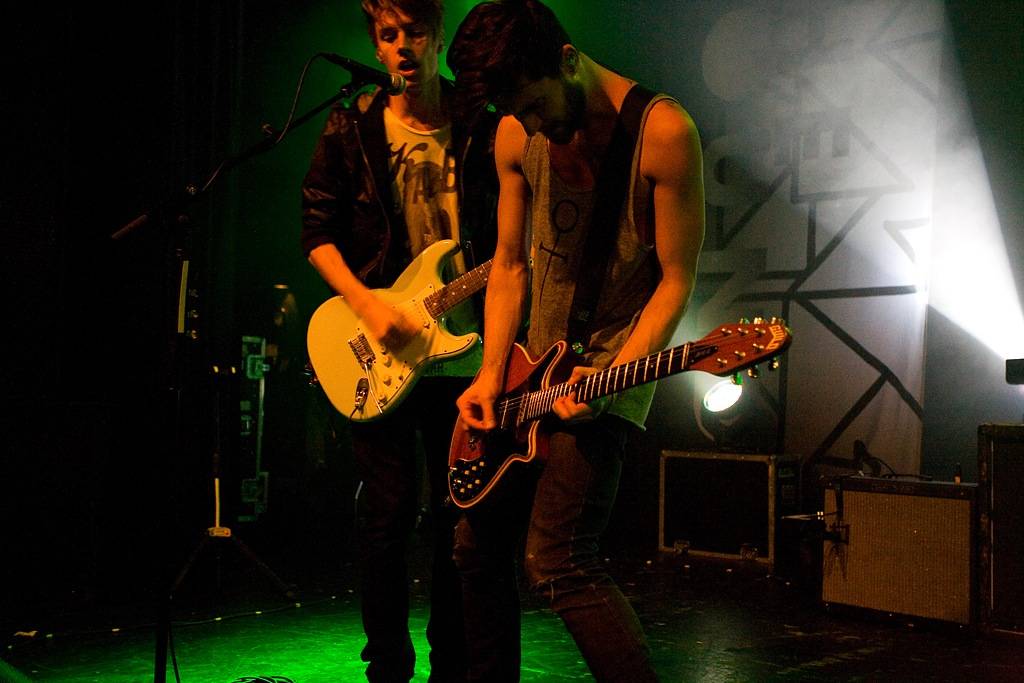 Their tracks seemed to get more kitschy as the night went on, with no signs of pretentiousness from the bubbly group. They found genuine pleasure in interacting with their fans and playing host to an electrifying party. Ivarsson looked absolutely euphoric when the audience sang loud and proud to their only ballad of the evening, “Night After Night”. She gave props to her “bitches” and “boys”, proclaiming, “You guys are good. You guys are fucking good!”. With a mutual admiration lingering in the room, the show came to a close, and all went home re-energized for the rest of the work week.

More photos of The Sounds: