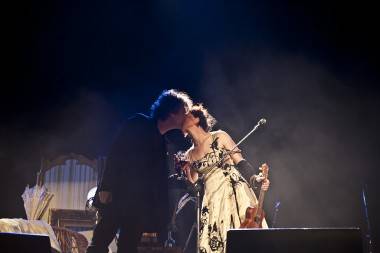 One also wonders what exactly to expect from aÂ stage show mixing the talents of a prolific author who inspires a Tumblr about his hairÂ andÂ a piano-slaying, ukelele-playing singer/songwriter with painted eyebrows. 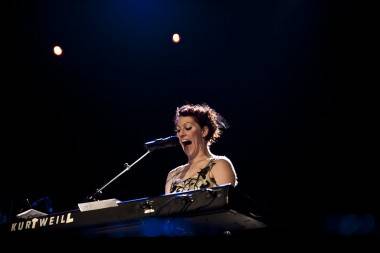 The newlywedsÂ opened with a duet of “Makin’ Whoopie” (which makes an appearance onÂ Palmer’sÂ 2010 release Down Under), a great song to break in everyone to the fun that was to come over the next three hours.

ItÂ wasÂ plain to see the couple has a lot of fun performing together. They have an endearing way of communicating and each seemsÂ comfortable with both their pairing and individuality – they just laughed when Palmer lifted her dress and flashed us her panties. Neil’s response: “Posterity has seen your knickers. Again.” Hers: “When you call them knickers, it’s just not dirty.” 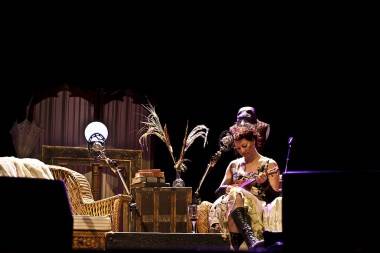 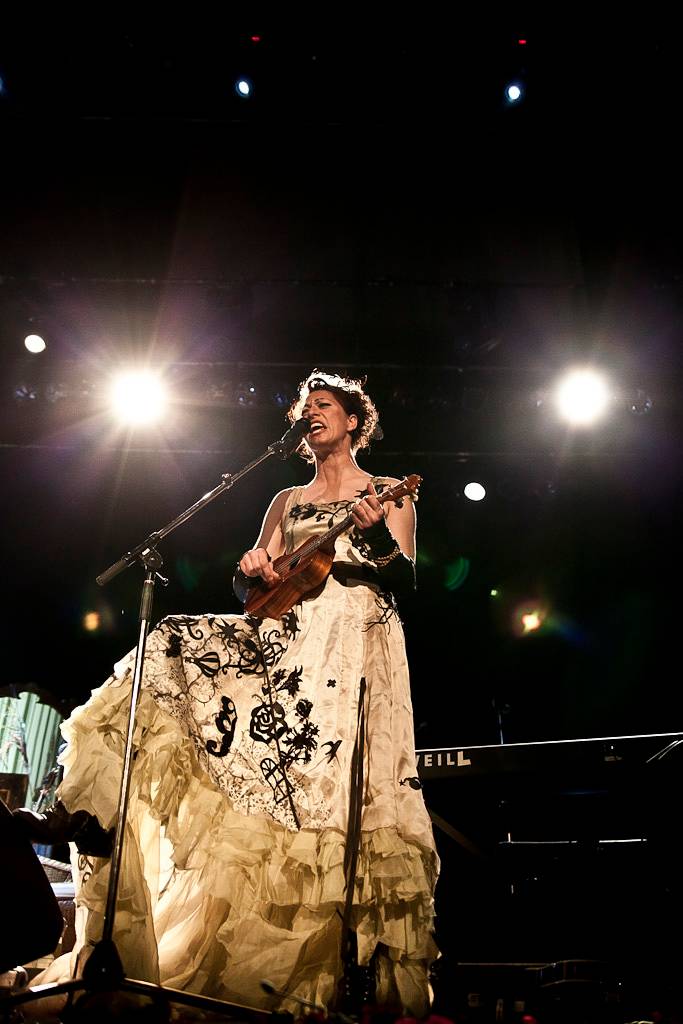 On a different note, Palmer’s ukelele also fuelled “Gaga Palmer Madonna”. A cleverÂ ditty on what defines pop art and whether pop artist Lady Gaga is a “friend or foe,”Â it’sÂ a necessary reminder to just “like what you like” and to not take pop music too seriously.