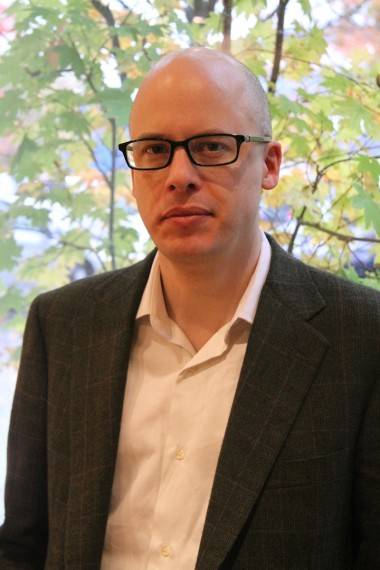 Lev Grossman is the Brooklyn-based author of The Magician King. A sequel to his 2009 bestseller The Magicians, which Fox recently optioned for a series, the novel picks up a few months after the first left off, and finds the main characters adapting to their new status as kings and queens of the magical land of Fillory. C.S. Lewis’s Narnia and J.K. Rowling’s Harry Potter books are obvious touchstones, but The Magician King is perhaps more self-aware, while working on literary (Grossman is a book reviewer for Time, after all) and page-turner levels.

Besides his Time gig, Grossman has written for The Believer, the New York Times and Entertainment Weekly, among others, and has written two other, earlier novels, Warp and Codex. You can read his blog here.

We caught up with the writer, who lives in Brooklyn with his wife and two daughters, on a cold wet October Friday morning at the Granville Island Hotel in Vancouver. In town as a guest at the Vancouver International Writers and Readers Festival, Grossman chatted with us about genre fiction, comic books, and games just before he left on an assignment to visit the set of the Zach Snyder-directed Superman movie, Man of Steel, filming in Vancouver. 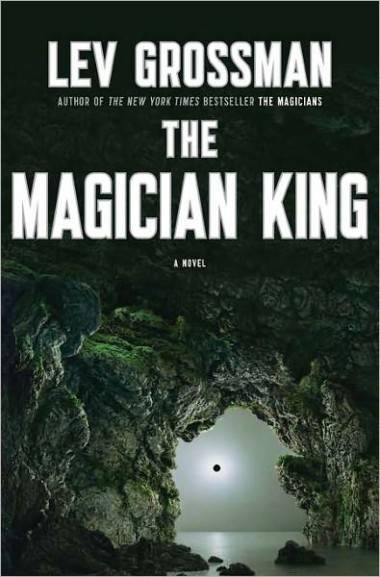 Shawn Conner: So are you going to the Superman set to see what’s going on? Do you have an angle?

Lev Grossman: No angle. I’m interested in what a Zach Snyder set looks like. I don’t know how digitized this is. I don’t know much about it. They pursued me, weirdly. Possibly because his last two movies weren’t runaway successes. He must be living off his Legend of the Guardians: The Owls of Ga’Hoole [2010] movie at this point.

SC: People kind of gloss over that one.

LG: Yeah, you wouldn’t see it unless you had a seven-year-old daughter. It was a good movie. It showed a firmer command of storytelling than anything else he’s done. Maybe precisely because he didn’t take it as seriously. But that’s that thing where people do something they don’t take seriously and sometimes it’s better. Actually that was the story of The Magicians, in a way.

SC: After reading comments on your Wall Street Journal piece about genre [“Good Novels Don’t Have to Be Hard”, which, broadly, defends storytelling and plot] it occurred to me that The Magician King could be seen as a conversation you’re having with yourself about genre. While still telling a story, of course.

LG: With myself, and with other people as well – C.S. Lewis and all sorts of other writers I imagine I’m engaging in dialogue with. i think about that stuff a lot. I mean, I hope – I don’t want to think of myself writing in the service of theory. That would be boring.

For me, that’s what’s going on in literature right now – this renegotiation of genre and what it means, and what it doesn’t mean.

SC: Neil Gaiman and Michael Chabon are two obvious examples of writers blurring the distinctions between genre and literary fiction.

LG: Hugely. Hugely. And from different sides of the fence. Gaiman comes from the genre side and Chabon comes from the literary side. They’re major figures for me – and also Susanna Clarke, who wrote Jonathan Strange and Mr. Norrell [2004]. That’s the book that started me writing The Magicians. It fell on me like a ton of bricks. This is the thing that was going on that I found exciting.

But there are a lot of writers who are engaging in this project, either consciously or not. [Kazuo] Ishiguro with Never Let Me Go was a big book for me. And in a funny way it started with Donna Tartt‘s The Secret History [1991]. That was the first book I looked back and thought, “I don’t know if this is a literary novel or a thriller.” And that not knowing is very interesting.

SC: Was there ever any question, when you started writing The Magicians, that you would set it in a post-Harry Potter world? Was it always going to be, “Yeah, this takes place in the real world, and everyone’s read Harry Potter”?

LG: I wanted the rule to be that everything that exists in the real world should exist in The Magicians‘ world. And it just seemed natural, and psychologically realistic, that all the characters should have read Harry Potter.

I think it was a trick Rowling missed, as much as I love and admire her work, that Harry Potter wasn’t a fantasy fan when he went to Hogwarts. I found it weird that, having spent his whole childhood locked in a closet, he hadn’t read the Narnia books to pieces. And then he would’ve showed up to Hogwarts with all these weird ideas about how magic should work and what kind of life he’s going to live there. But that never happens. I don’t think novels exist in the Harry Potter universe. In fact, the only books are non-fiction. That was obviously a decision Rowling made.

I thought, what if we let fiction in this world. Then people will think they know how magic works. The only thing that doesn’t exist in The Magicians universe is C.S. Lewis. Because it just wouldn’t work.

SC: That’s a big decision on a creator’s part – how much of the real world to let into the world they’re creating. Like horror movies, or superhero movies – they have to have this complete tunnel vision.

LG: When I was in high school, and to this day, I was obsessed with Watchmen but I was even more obsessed with Miracle Man. ‘Cos those were really set in our world. The characters had read comic books, and they thought Miracle Man was quite funny, because he had these very Superman-like powers. And I remember them making jokes about it, and I also remember thinking this feels more real to me than anything I’ve ever read about superheroes. Because this is how it would actually go. 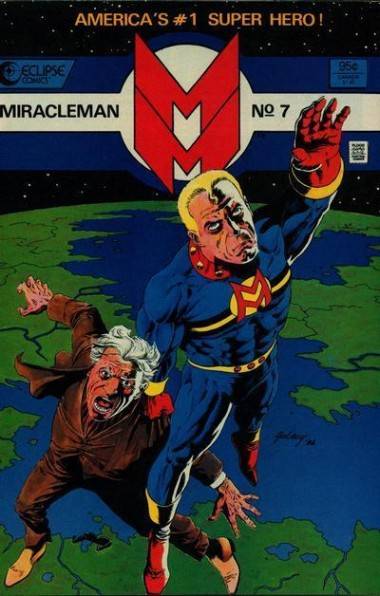 SC: One of the many ways Alan Moore broke ground.

LG: He’s a major figure for me. In many ways, I felt like I was trying to do something very Miracle Man-like and Watchmen-like, in the fantasy genre – to question its basic assumptions in the same way he went after the conventions of the superhero story.

It’s serious business, these self-questioning books – why are these our dreams? Why do we dream about people who put on tights and beat up muggers, why do we dream about going through a piece of furniture into another world? What would happen if this wish we all have came true? To me it’s a really profound question.

SC: That brings up something I read on your blog in relation to Stephanie Meyer, I’m not sure if it was you or someone who left a comment, and it was basically, “You don’t have to be a good writer to be a good storyteller.” Whether you like her as a writer or not, you want to know why millions of people are responding to her stories. 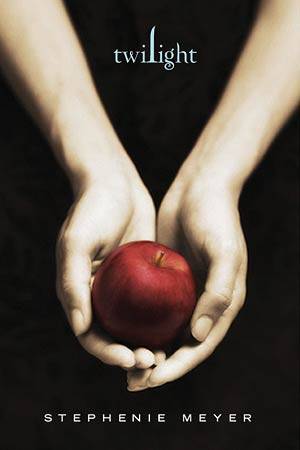 Whoever left that comment was absolutely right, it’s completely true.

I think I’m interested in slightly different things than Stephanie Meyer. I feel like I’m interested in language in a way that she’s not. There’s no question that what she’s done is enormously powerful. And this snobby impulse to denigrate her and her work is just ridiculous.

SC: But is it good or bad for the culture? Can anyone say? Maybe it’s pernicious.

But obviously, the work she’s doing people really need her to do. Because they get so obsessed with it.

Those stories are so powerful, they’re almost radioactive. Like they should be stored in some secure bunker.

I remember passing a billboard for one of the Twilight movies and my daughter asking me about it. She’s interested in vampires for some reason. And I started telling her the story of the first book and her eyes got wide and she was dialed into it. And I could see something in her lizard brain was wired into it. It’s this basic thing.

SC: You’re also a gamer. I’m not… I feel like there’s too many books to read. How do you juggle your time between books, comics, movies, games, writing, and family?

LG: Games are another one of these radioactive things I have to keep under tight controls. I don’t do any gaming at home. I’ll do it on the subway, at work, but I can’t let them into my home or they’ll eat up my life. They’re really powerfully addictive.

And yet… one neglects games at one’s peril.

You’re getting a look at the competition…

LG: As a writer. People always have to choose between reading a book or playing Modern Warfare 3. And you want to have a good idea of what Modern Warfare 3 is giving them to give them something different, or similar but better.

And you know, in some ways they’ve been an influence on me as a writer as well. They convey these really intense experiences.

My brother’s a game developer, and he’s also a novelist. Games have always been part of our cultural makeup in our family. Games are hilariously bad at some things – the writing is usually just terrible, although not always. Other things they do really really well. You can do things with games you could never do with books.

But it is difficult. Often I find myself on the subway, and I could play this game on my iPhone or I could read this new Joan Didion book. The choice actually is not as easy a one as I’d like it to be. Joan doesn’t always win that one.