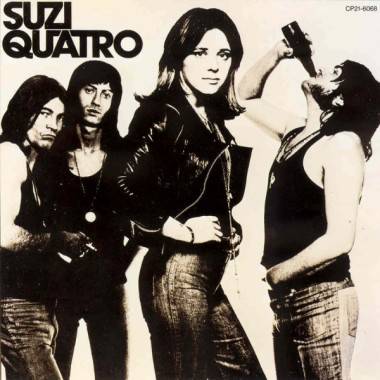 This 1974 release by Suzi Quatro is a forty of whisky, two packs of smokes and a trashed hotel room from a blackout drunk night of debauchery and wild sex rolled into a blasphemous musical experience.

Quatro never really made it in North America, but blew up in Europe after famed producer Mickie Most (The Animals, Jeff Beck, Donovan) discovered her in Detroit, her hometown. Once in Europe, her first single “Rolling Stone” hit number one – in Portugal. It wasn’t until 1973 that Quatro garnered a number one hit across Europe and Australia with “Can the Can”, which is found on this record. “Can the Can” has a tone of empowerment – it’s about kicking ass and taking names, for women not to put up with testosterone-fuelled bullshit. 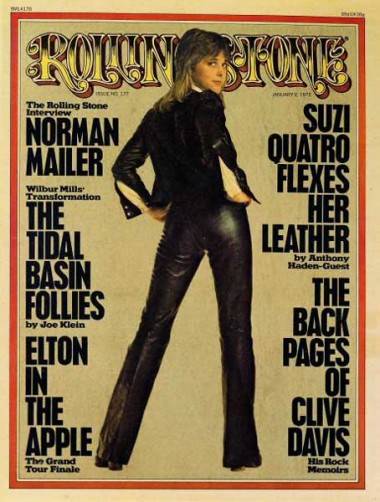 Her next single, “48 Crash” was a blistering, raunchy track jammed with hard guitar riffs and vocals dripping with blues but cry rock and roll. It’s the first track on side one and it shows Quatro’s ability to roar like a thunderous lion pissed off at the world – found in a belting, gravely scream near the end of the track. Both of these singles became gold records after selling over a million copies a piece.

On this, her full-length debut, Quatro tackles a couple ambitious covers – “I Wanna Be Your Man”, a Beatles tune she takes to a different realm by twisting the sound into something downright dirty – a ripping guitar solo in the middle gives a lovey-dovey McCartney-Lennon tune a more aggressive, hard rock sound. “All Shook Up”, written by Elvis, is just damn hot. Quatro turns the smooth vocals of Elvis into a rock and blues mash-up, like something Ann Wilson and Heart would have done. It also has a couple absolutely badass keyboard solos in it. I would be lying if I didn’t think this version was better than the original. Quatro and her blues-based band really tear it up.

The back of the album touts Quatro’s sound as the combination of the “hard-nosed” rock of Detroit with “the rhythmic, almost sophisticated sound” coming out of London in the early ’70s. Truly, they’re right. Quatro’s sound is mesmerizing in it’s own way – loud, abrasive, empowered and tough – with the leather jacket, ripped jeans and long hair to prove it.

4 responses to “Weekends are for Vinyl – Suzi Quatro”