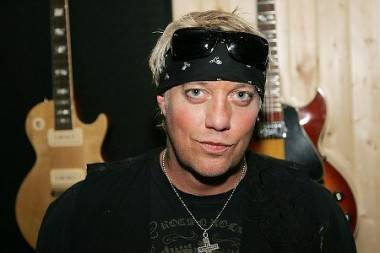 Jani Lane of the band Warrant, dead at 47.

News this morning that Jani Lane, the lead singer of Warrant, has died. According to news reports, Lane was found in a motel room in Redwood, CA; no official cause of death has been issued. Lane was 47.

Warrant, if you don’t remember (or weren’t yet born in 1990), had a hit with a little something they called “Cherry Pie”. Then Nirvana came along and stole the bakery.

According to the Wikipedia entry on the song, it was written at the behest of the band’s label at the time, which wanted a rock anthem a la “Love in an Elevator” (Aerosmith, kids). Lane expressed some regret over writing the tune (it took him 15 minutes, he has said), which became the band’s calling card, perhaps overshadowing other songs. 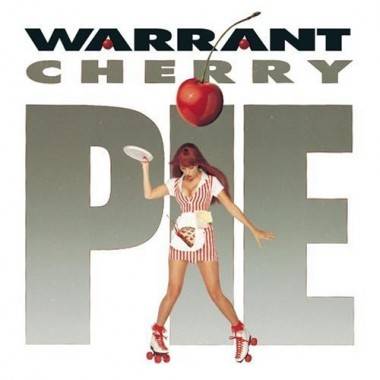 The Wiki entry is actually kind of funny, as it attempts to deconstruct the lyrics to “Cherry Pie”:

Wiki: “The lyrics are generally about a man bragging about his sexual exploits (swingin’) with a woman who is very attractive and who is the object of desire of many men. However, at the end of the song, the woman’s father finds out about the pair’s relationship: ‘Swing in the bathroom/Swingin’ on the floor/Swingin’ so hard/We forgot to lock the door/In walks her daddy/Standin’ six foot four/He said you ain’t gonna swing/With my daughter no more.’

“The song title itself may be another blatant reference to sex. Here, the terms both ‘Cherry’ and ‘Pie’ may be used sexually, as Cherry is slang to refer to a virgin (as used in the context “pop one’s cherry” or to take their virginity, specifically when breaking the hymen during sex), and Pie is slang for vagina.”

Thanks for the insight, Wiki.