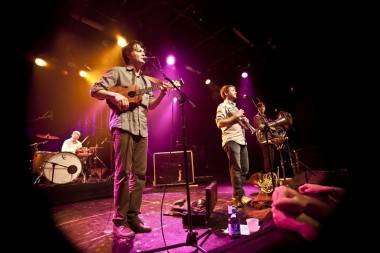 Beirut has been the toast of the indie scene for years – at least since music blogs caught wind of frontman Zach Condon’s home recordings. After leaving school and his home in Santa Fe, New Mexico at the age of 16, Condon traveled the world, broadened his musical tastes, honed his songwriting skills, and churned out some of the most eclectic and original compositions of this decade. The result was critically acclaimed releases like his first record Gular Orkestar and the breakout double EP March of the Zapotec/Holland. His current tour is in support of the much anticipated album The Rip Tide, scheduled for an Aug 30, 2011 release.

Marrying jazz roots with a predilection for Balkan music, Condon and his ace group of instrumentalists put on a spellbinding performance at the Commodore Ballroom near the end of a brief North American tour (see below for more tour dates in the fall). I attended the first of two sold-out shows in Vancouver, and witnessed the band’s ability to captivate their artsy and alternative audience with a modern and daring take on world music. 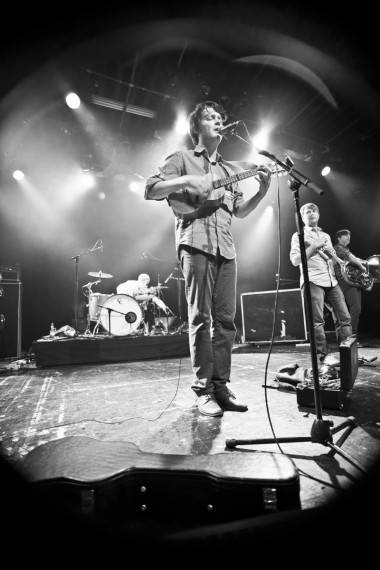 Condon brushed the hair away from his face before singing the opening bars of “Mimizan”, a fast waltz carried by Perrin Cloutier’s accordion. Ben Lanz on tuba and Paul Collins on bass provided the polka heartbeat of “The Shrew” and “A Sunday Smile”, rounding off the high-pitched melody lines of Condon and Kelly Pratt’s trumpets.

Condon whipped out his beloved ukelele and strung it around his neck for “Elephant Gun”, confessing “I thought the strap would make me look cool.” Story has it that he picked up the miniature instrument a few years back for novelty’s sake, but he quickly grew attached to it and integrated it more and more into his music. Its bright timbre definitely adds a playful element to Beirut‘s sound.

Midway through the show, Pratt gave a shout out to their singer-songwritier opener Basia Bulat. The Polish-Canadian folk artist from Etobicoke expressed that she was fulfilling one of her dreams by opening for one of her favourite bands. She was even more floored by the kind reactions she received from the crowd. They clapped along and stomped their feet to the rhythm of her autoharp on “Gold Rush” and praised her unique vibrato on the a cappella “Hush”. Apart from some vocal pitchiness and a slight show of nerves, Bulat set a high standard for the rest of the night. 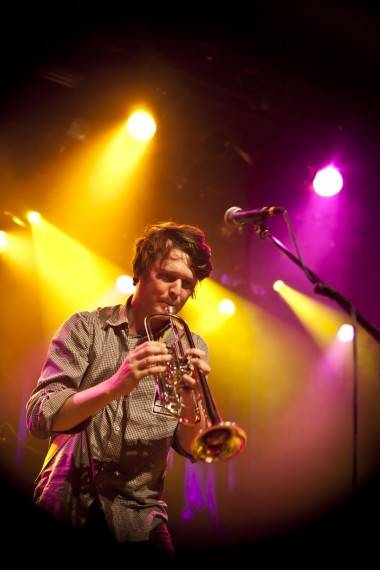 A lot happens on the stage of a Beirut show. Despite all the running around and juggling through instruments, though, the band maintained their tight harmonies and the colourful nature of their music. With their comfort and charisma, it’s no wonder they’ve accumulated such a devoted fan base. However, several romantic fantasies centering around Condon may have been squashed when he took a moment to sing “Happy Birthday” to his wife Christie, then dedicated their newest single “East Harlem” to his beloved.

The major privilege of being at their live show was getting a sneak peak of The Riptide. If “Port of Call” and “Santa Fe” are any indication of what’s in store, people can expect another heartfelt, culturally diverse and intricate record from Beirut. 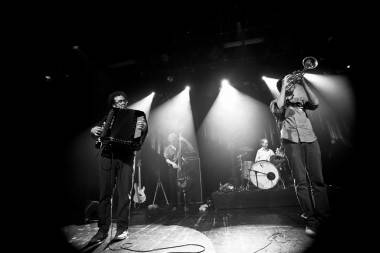