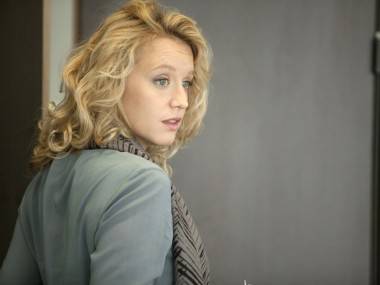 It’s already July, and so far the summer movie season has given us Green Lantern, Bad Teacher, Cars 2, Super 8, Transformers: Dark of the Moon and probably a bunch more we’re forgetting on purpose.

Green Lantern has been just about universally dismissed as a turkey. Bad Teacher and Cars 2 are, at least critically, disappointments (Bad Teacher has a 44 per cent approval rating on RottenTomatoes.com; Cars 2 is at 35 per cent).

Only Super 8 (82 per cent) seems to be getting much love, although a few Michael Bay apologists have appeared to defend the third in the Transformers series. Even the movie’s most ardent supporters, however, admit that two-and-half hours of fighting robots is at least one hour more than anyone over the age of eight needs.

And don’t even get us started on Larry Crowne. 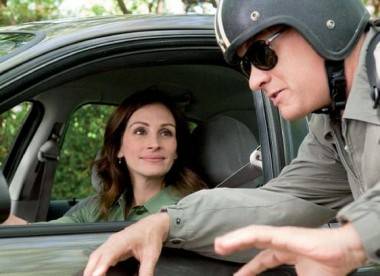 Julia Roberts and Tom Hanks in Larry Crowne, currently sitting at a 35% approval rating on RottenTomatoes.com.

Meanwhile, prospects for the rest of the summer are grim, at least if you go by marketing campaigns and trailers. On the way: lots of big-screen action-adventure flicks and more comic-book movies, including Captain America: The First Avenger (July 22), and Conan the Barbarian, along with Rise of the Planet of the Apes (Aug. 5) and Spy Kids 4, which for all intents and purposes are comic-book movies.

Also coming down the pike: the last Harry Potter flick (Harry Potter and the Deathly Hollows: Part 2, July 15); a comedy called Horrible Bosses (opening this Friday) with Jennifer Aniston and Jason Bateman (which actually looks like it could be pretty funny); Smurfs (July 29); a buddy comedy starring Bateman and Ryan Reynolds as dudes who trade lives a la Freaky Friday (The Change-Up, Aug 5); Final Destination 5 (Aug. 26); and something called Zookeeper.

No, it’s not the sequel to Zoolander. We love animals, and we still cannot imagine a movie that looks less promising than Zookeeper.

But why focus on the negative when we can focus on Ludivine Sagnier? 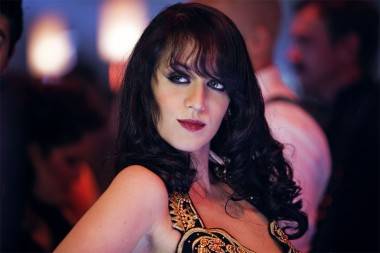 Ludivine Sagnier in The Devil’s Double.

The French actress (Swimming Pool) is in two movies this summer that won’t turn you into a popcorn-hoovering zombie. In fact there are more than a few of these hidden gems – movies that look like they’ll rescue us from a summer of barbarians, zookeepers and spy kids.

If only we can rescue them from being trampled by Optimus Prime. 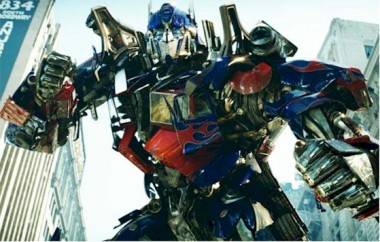 One Day (July 8): Middlebrow fare that might survive the transition from print (it’s based on a novel by David Nicholls). It’s directed by Lone Scherfig, who was also responsible for the small miracle that was last year’s An Education. Warning: Anne Hathaway doing a Scottish accent.

Project Nim (July 8): A documentary about a chimp raised as a human in the wilds of New York. Said to be heartbreaking.

Daylight (July 15): At 73 minutes, Daylight is a full 84 minutes less than Transformers: Dark of the Moon (and five minutes longer than the Marx Bros.’ Duck Soup. But who’s counting?). Will the less-is-more aspect of this 2009 (just now getting released) “dramatic re-invention of the contemporary horror film” (Ain’t It Cool) translate into box office success? Of course not.

Another Earth (July 22): Newcomer Brit Marling co-wrote and stars in this movie about a woman whose life is changed forever following a car accident. But that’s only half the story.

Friends with Benefits (July 22): This all-in-the-title romantic comedy with Justin Timberlake and Mila Kunis has hack-job written all over it – except that it’s directed by Will Gluck, who made one of last year’s most unexpectedly delightful comedies, Easy A.

The Future (July 29): Miranda July’s long-awaited (by indie-rock nerds, at least) follow-up to her quirky and magical You Me and Everyone We Know. A cat plays a pivotal role, as does July; how can this one go wrong?

The Sleeping Beauty (July 29): Not to be confused with Sleeping Beauty by Australian filmmaker Julia Leigh, and also released this year, The Sleeping Beauty was directed by Catherine Breillat (Fat Girl, Romance, The Last Mistress) – which means at the very least it’ll be the very opposite of what we expect from a summer movie. Check out the trailer’s music which is, according to a comment left on YouTube, by Marianne Dissard.

Bellflower (Aug 5): The jury’s out on this one. The indie has an intriguing premise – two guys waiting for the apocalypse build weapons of destruction, and then one of the guys falls in love – but can director/writer/star Evan Glodell sustain the story?

The Whistleblower (Aug 5): A 2010 Canadian film about sex slavery in post-war Bosnia, The Whistleblower stars Rachel Weisz as a well-meaning but ultimately in-over-her-head peacekeeper. We caught it at last year’s Whistler Film Festival, where it deservedly won the award for best Canadian feature: it will enrage you.

Love Crime (Sept 2): One of two movies being released this summer that stars the aforementioned Ms. Sagnier, Love Crime has the actress playing opposite Kristen Scott Thomas who, apparently, has abandoned Hollywood to practice her French. This is a rather excellent psychological crime thriller that the French do so well. Sagnier’s other movie this summer is The Devil’s Double, directed by Lee Tamahori (Next, Die Another Day); based on the real-life story about a man (Dominic Cooper) forced to be Uday Hussein’s double, it’s been getting mixed reviews.

Cowboys & Aliens (July 29): Nerd-geeks are pinning their hopes that this Jon Favreau-directed, graphic novel-sourced flick will be the perfect blend of humour, action and fun that so far has been missing from the summer movie screens.

The Help (Aug 12): A serious-minded movie about the Civil Rights era, The Help stars Emma Stone (Easy A) and is based on the much-talked-about bestseller by Kathryn Stockett. The author co-wrote the screenplay, so The Help has an outside chance of being semi-intelligent, although the tendency with this kind of message movie is to hit the viewer over the head. And ours is already pounding.