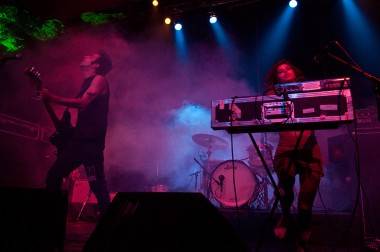 On Friday night, Handsome Furs made their much-anticipated return to Vancouver on a shared bill with Brooklyn post-hardcore band Les Savy Fav.

Originally slated for the larger Commodore Ballroom, the show was moved to the Rickshaw Theatre on East Hastings at the last minute. While Montreal-via-Vancouver husband/wife duo Handsome Furs did draw a big enough crowd to fill the Rickshaw adequately, it seemed that perhaps Les Savy Fav’s fan base was a little thin and the venue shuffle was probably a smart move.

Handsome Furs took the stage at about 10 o’clock to much anticipation and an overly aggressive smoke machine pumping out clouds of smelly dry ice. Through the haze came Dan Boeckner and Alexei Perry, the sexy, married couple-turned-international-indie-dance sensation, complete with multi-coloured lasers (they must have known I was coming). 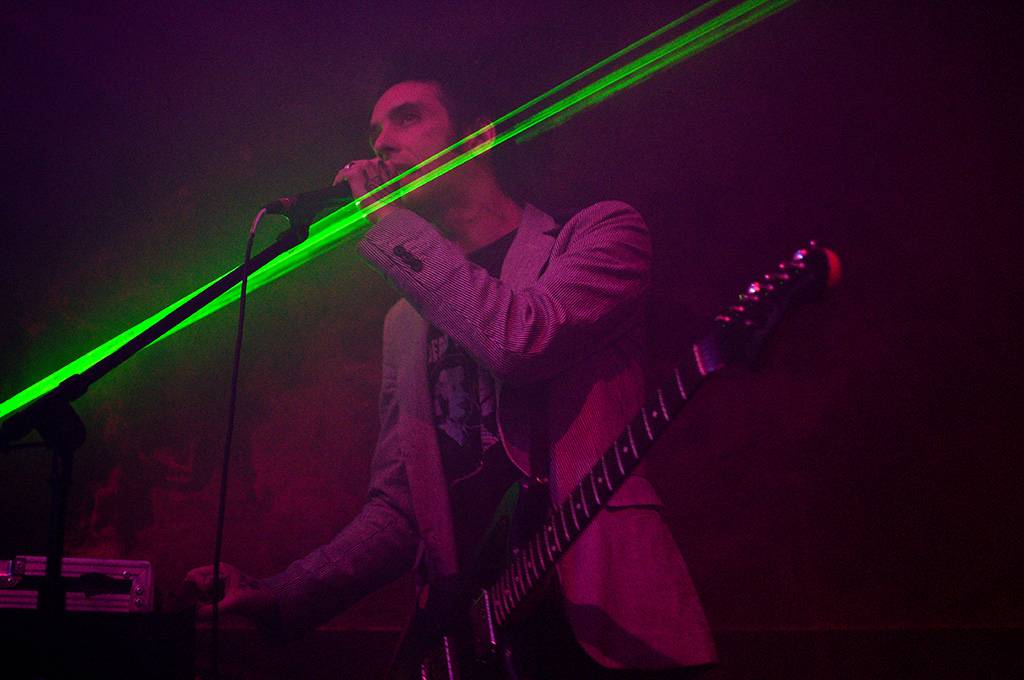 Boeckner, formerly of Wolf Parade, truly shines as the musical backbone of this group. He played an amazing lead and rhythm guitar, in addition to intricate synth melodies and lead vocals reminiscent of Joy Division’s Ian Curtis. Partner Perry provided much of the energy and punchy back-up vocals along with cuing their drum and synth loops and playing some simpler synth lines. While Boeckner stands out for his musicality, Perry equally shines for sheer enthusiasm and stage presence.

The move from more traditional guitar-based indie-rock to electronic-based dance is a successful one for Handsome Furs. Although initial spins of their new album Sound Kapital left this reviewer underwhelmed, their live performance adds a dimension that is often missed on recordings. Performed live, the tunes highlighted their strong songwriting and arranging talents. While the album mostly feels flat and robotic, lacking the sonic texture, emotion and grit we’ve come to associate with Handsome Furs’ sound, their live performance truly is a robust and energizing spectacle with all the guts, balls and heart missing on the record. 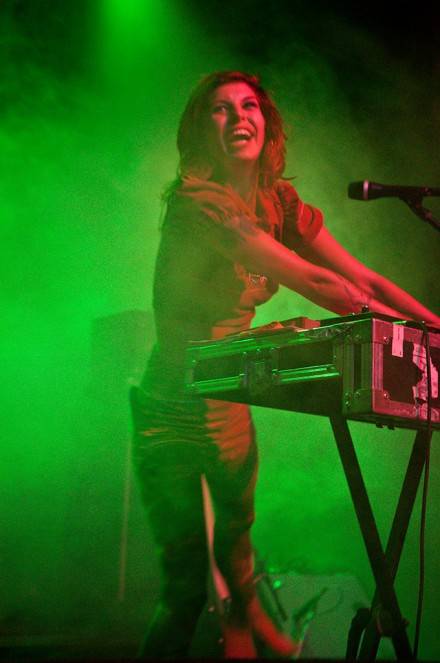 The addition of two percussionists and back-up vocals/off-stage antics of Vancouver indie-folksters Basketball on “Serve The People” reinvigorated the crowd, and also tested the bouncer who tried to keep the band from climbing over the barricade onto the stage. Although not a totally spontaneous moment (Basketball had provided opening support for the Furs’ previous Canadian tour dates), it was nonetheless one of musical serendipity.