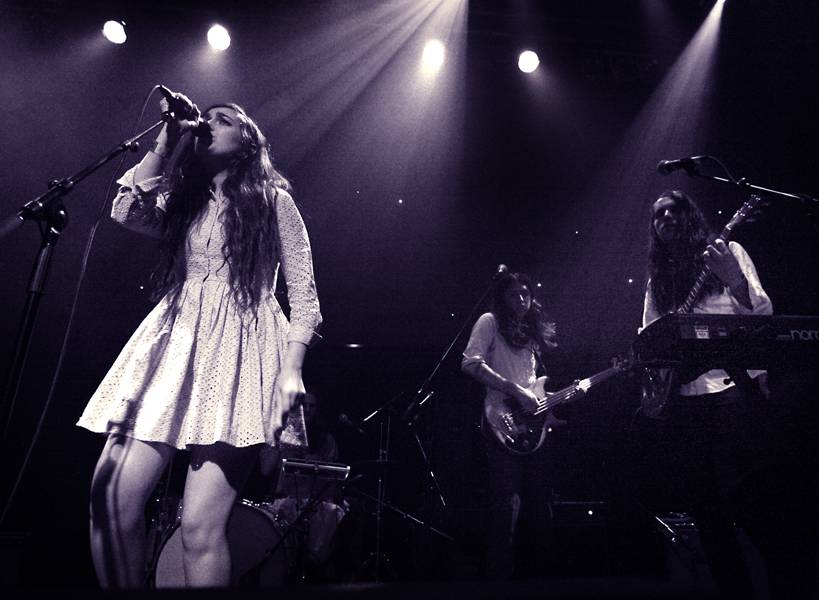 Cults at Venue Vancouver July 21. Last October, the Brooklyn-based duo opened for fellow throwback acts Twin Sister and the Morning Benders on the same stage. Less than one year later, they returned to the Vancouver nightspot, this time headlining their very own North American tour in support of their self-titled debut.

A testament to Brian Oblivion and Madeline Follin‘s quirky, nostalgic and pop-influenced songwriting style, the album was performed by the Cults co-founders and accompanying musicians in its entirety. A mix of mods, preps and hipsters packed the room – apparently, this was the group’s largest audience to date (read our interview with Oblivion and Follin here). But everyone still had enough space to twist and shimmy to upbeat tracks like “Most Wanted”, “Never Saw the Point”, and their sleeper hit “Go Outside”. 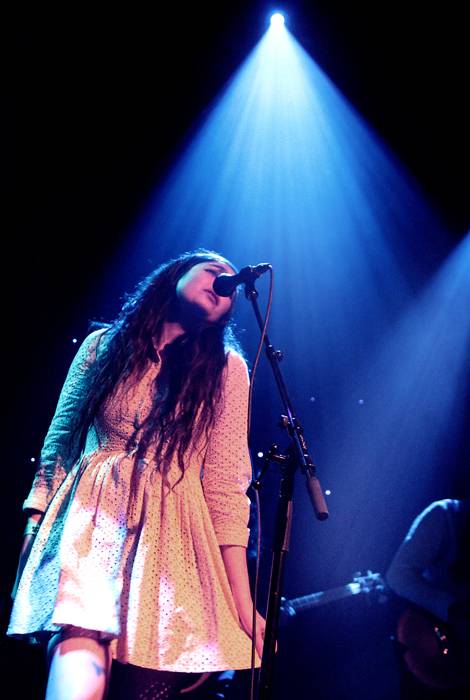 As cute as a button, Follin bounced her shoulders and did a little two-step to each song. Oblivion had a more aggressive presence as he shook his long tresses and banged on his guitar. The additional touring band members stood idly in the background, but added depth to their live sound.

With Cults’ limited repertoire, a short set was inevitable. Even with an encore, they were on stage for roughly 50 minutes. For the most part, it was a fun, light-hearted show. But considering the packed house, the energy was quite subdued and the audience in the pit-area looked rather bored. They seemed to thin out halfway into the set.

The constant feedback from the monitors, the barrage of distortion and the sometimes screeching vocals paled in comparison to the airy and clean sound of their recordings. In addition, Oblivion’s cheap joke about the Vancouver hockey riot where he asked, “Did anyone light a car on fire recently?” didn’t sit well with the crowd.

But these slip-ups are completely excusable for a band that just got off the ground a mere year ago. A few more cross-country tours should get them comfortable on any stage in no time.