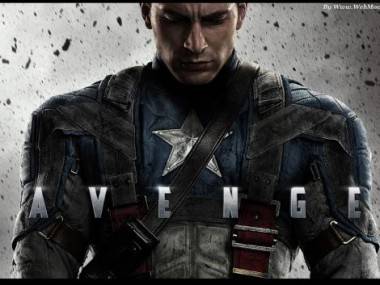 Certain genres in the film world have stigmas attached to them. Rom-coms follow the typical “fall in love, get angry, kiss and make up” formula, Vin Diesel movies feature exotic women and fast cars and Ryan Reynolds movies make their way into your Blu-Ray collection. The superhero genre has a formula to it. Captain America: The First Avenger does not break any new ground in this over-saturated genre, but it does make a valiant effort.

One would think that Chris “Human Torch” Evans donning the red, white and blue of Captain America would add some charm or wit to spice up the rather bland superhero. Unfortunately that is not the case. Aside from a few chuckles that Tommy Lee Jones got as Colonel Phillips, the movie was rather dry and serious.

Captain America: The First Avenger plays out in two distinct parts. The first is a World War II-era period piece about a scrawny kid from New York wanting nothing more than to go overseas and fight for his country. This of course is Evans’ character, Steve Rogers. As the movie slowly moves along, Rogers is recruited into a secret “super soldier” project in the Secret Scientific Reserves branch of the American Army and with the help of a super serum he is transformed into Captain America.

There is a brief transitional part of the film where Captain America is used as a star in American Army propaganda. Rogers’ is ok with his new role in the army until he makes the trip overseas to “perform” for the troops and sees where he’s wanted to be all along: with the men on the front lines in the war.

With the help of Howard Stark (yup, Ironman’s dad) and the sappy love interest Peggy Carter, Captain America boards a plane and heads deep behind enemy lines to rescue captive Allied Forces soldiers. Once Captain America jumps out of the plane the movie shifts into action movie mode. With the PG-13 rating attached the action sequences are not too graphic, but there are a lot of Nazi soldiers killed as Captain America quickly becomes a war hero.

It can’t be a superhero movie without a supervillain. Hugo Weaving almost saves the movie as Adolf Hitler’s head of advanced weaponry, the menacing Johann Schmidt/Red Skull. His progress from high ranking Nazi member to leader of HYDRA happens quickly and you grow to hate his character. The special effects used on his Red Skull face are quite impressive and Weaving’s German accent is believable. But he alone is not enough to save the movie.

At just over two hours, Captain America: The First Avenger is yet another lengthy and mediocre addition to the stable of Marvel Comics-based movies. It is not a must-see 3D film, and its sole puprose seems, at times, to set up the big Avengers blockbuster coming next year. However, you would be better advised to stay home and read about it online as opposed to sitting in a theatre for 120+ minutes. 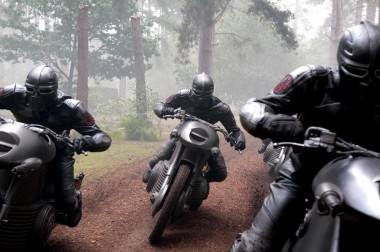