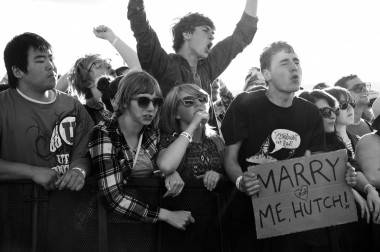 Fans of The Thermals at Sasquatch! May 28 2011. Jade Dempsey photo

Alright, a lot of really awesome things happened Saturday, so I’ll get right to it and try to be brief. In order of appearance:

My first love-at-first-sight happened with the Secret Sisters. The pair from Alabama – they’re actually sisters – sang beautiful harmonies accompanied by sparse guitar, and sometimes nothing. They played mostly old country tunes by the likes of Hank Williams and Willie Nelson, as well as a few originals. The duo only released their first album last October, and they show fresh faces not yet jaded by years of touring. I cried.

The Head and the Heart immediately earned new-favourite-band status, despite the fact that I only caught the last three songs of their set. They played melodic folk-rock. The Gorge formed a perfect backdrop for their upbeat songs, including the sounds of tambourine, fiddle and male/female harmonies.

Dan Mangan wins the prize for having the most insane fans. The space around the festival’s smallest stage was packed with Mangan’s loyal supporters. The Vancouver local hero just had to mention his hometown or the Canucks to make the crowd lose their minds. One young fan managed to get on stage and get the singer to kiss her plastic toy dog before being escorted off by security. 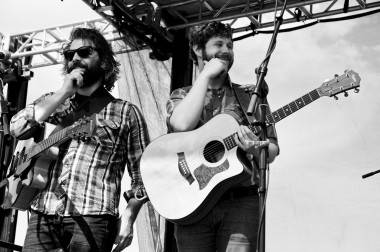 Pink Martini lit up the mainstage with their orchestral jazzy gypsy-rock. They had couples and singles alike dancing away to their romantic, upbeat tunes. Guest singer Storm Large melted the audience with her powerful vocals.

Portland punk-pop band The Thermals deserve a mention for their high-energy set that had the crowd bumping up against each other from the first note. Props to their bassist Kathy Foster for being super awesome. 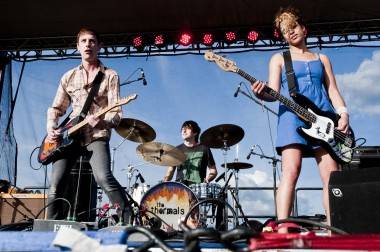 The Thermals at Sasquatch! May 28 2011. Jade Dempsey photo

I wanted to give Matt & Kim the prize for “best entrance,” but they kept up the energy with which they ran onto the stage, dancing and jumping on top of the drum kit, throughout the concert. I guess I may as well give them the award for “best set”. The pair seemed genuinely stoked to be at Sasquatch! and have so many people come out to see them, and it showed through their faces and their music. Kim had a wide, open-mouthed grin on her face the entire show, including when she stepped out onto the crowd to dance from on top of their hands. 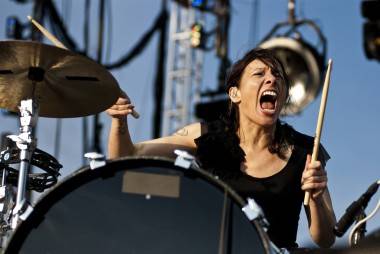 Sleigh Bells played the smaller dance tent, and the venue was not nearly suitable to accommodate the legions of fans that pushed their way in for a glimpse. Despite the fact that even from a few rows in you could not see much of what was happening on stage, the music was wild and so was the crowd. Their dark, poppy, electronic noise-rock is a revelation, and has earned their album Treats all kinds of accolades.

Bassnectar closed out the night with a set of body-bumping drum-and-bass remixes. The remix from the pink elephant scene in Dumbo was one of the most terrifying things I’ve seen in recent years, and I’m glad I wasn’t on any heavier drugs than Redbull. The set was wild.

Just a note: There was a bulk of straight-up drum-bass-guitar three-to-five-piece all-male rock bands at this festival, especially among the headliners. A note to promoters: it’s boring. Thanks to all the bands that mixed it up and brought something new to the table. My experience thus far has been nothing short of transcendent. 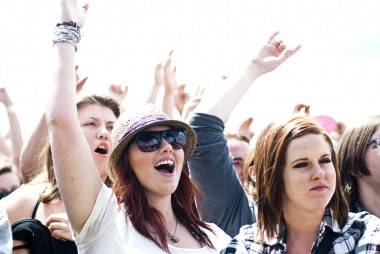