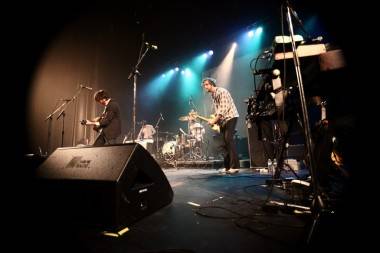 Review and photos – Okkervil RIver at the Vogue Theatre, June 20, 2011

There are several reasons why I would move to Austin, Texas at the drop of a hat.

For starters, their barbecue is unbeatable; any carnivore who’s been to Rudy’s or County Line would back me up on that claim. The people are eccentric, yes, but the friendliest bunch you’ll ever find. Finally, the music scene is incomparable.

Walk through any bar, theatre or street corner, and you’ll find some of the hardest working acts in the country. Okkervil River, a band that creates elaborate and tender folk tunes with the somber ambience of Russian literature (after all, their name sprouts from a short story written by Tatyana Tolstoya, a distant relative of Leo Tolstoy), is no exception.

A wave of soothing harmonies from Julianna Barwick greeted those showing up early for Okkervil River’s Vancouver stop at the Vogue Theatre. From chatting with a few people in the balcony, I gathered that I wasn’t the only one who thought of her as a younger and less theatrical Enya. Dressed in all black and planted behind her synthesizers, her performance didn’t necessarily “pop”, but it allowed everyone to relax and sink comfortably into their seats. 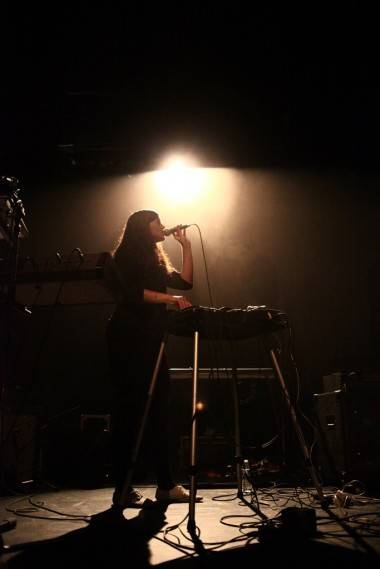 Middle act Titus Andronicus took a completely different approach with their set. Frontman Patrick Stickles announced from the beginning that the goal was to get everyone a little rowdy, asking fans to “Just do you. Have fun!”

Those in the front rows did just that, jumping around to the Americana punk anthems from the New Jersey quintet. It’s funny that Pitchfork once described the group as having a “violent and irreverent sound”. Sure, there was a lot of screaming and aggressive power chord strumming, but they appeared mostly sarcastic in their angry tirades. 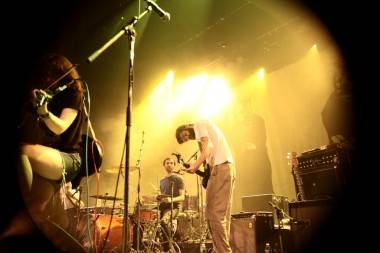 With “A More Perfect Union”, Stickles’ guitar riff humorously and affectionately mimicked their national anthem, and he proudly tied an American flag handkerchief to his guitar (a shout-out to their home state’s hero Bruce Sprinsteen, perhaps?). Guitarist Amy Klein’s presence stole the show, hopping around in her cut-off shorts with the most innocent and euphoric smile plastered on her face.

The energy was at a high during Titus Andronicus’ set, and unfortunately the mood wavered by the time Okkervil River graced the stage. Although the group had been touring steadily in North America, they seemed to a little off their game last night. Their bearded lead singer Will Sheff screamed through most of their opening number “White Shadow Waltz”. His pitchiness almost stabbed through my ears when combined with the echo effect of his second microphone. 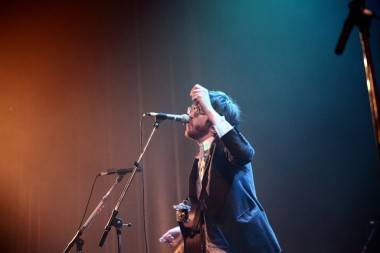 The band took a short break when bassist Patrick Pestorius broke a string, and just as they exited the stage a piece of equipment slammed onto the floor. It seemed like one too many things weren’t going as planned. Sheff admitted that their one day off must have thrown them off course.

Fortunately, they rallied back with the more tender songs from their extensive repertoire. The lush and romantic melody of “A Girl in Port” swelled over the room, mostly due to Lauren Gurgiolo‘s work on the lap steel guitar.

The waltz rhythm of “Wake and be Fine” from their newly released record I Am Very Far caused some box-step dancing in the audience. I would have joined them but I was too distracted watching Scott Bracket switch instruments every two minutes. The man appeared to have every brass instrument stored in the chest behind him, and alternated between the trumpet, trombone, tambourine, fiddle and keyboards throughout the night. This does not mean that his talents were spread thin; he played every instrument extremely masterfully. 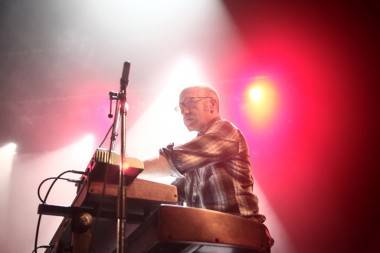 All eyes were on Sheff as he delivered a controlled and dynamic solo performance of “A Stone”. The heartbreaking and sensitive timbre of his voice could finally be heard in this stripped-down ballad. He stroked the final chords of the track with his back turned to the audience, like he was bashful about divulging his most innermost thoughts.

The band rejoined him in their closing numbers, including the romping “Lost Coastlines”, akin to early mythical folk songs, mostly due to Gurgiolo’s old-timey banjo strumming. The night had it’s ups and downs, but I appreciated the spontaneous and easygoing aura that all artists on the bill brought to the table. 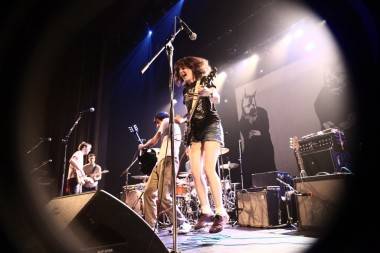 One response to “Okkervil River at the Vogue Theatre”