Coming soon to the small screen, sex and violence intact.

– The hands down best news of the week: spectacular Vertigo comics property 100 Bullets will be coming to television. To cable, no less, so all the sex and violence should be kept more or less in tact. The premise is simple (or at least starts that way): one day a man named Graves will approach you with a briefcase. Inside the case will be ironclad proof that some tragedy that happened in your life was indeed caused by another human, and that they are guilty. It also contains a pistol with one hundred bullets that cannot be traced. If they are found on your person or in a crime scene, that investigation will stop. The choice to take revenge is your own. It helps that the Eisner Award-winning series by Brian Azzarello and Eduardo Risso, is one of the best-written, best-loved comics in a generation. David Goyer (Dark City, Blade II, Batman Begins) is attached to helm the adaptation, which is a good thing or a bad thing depending on your perspective. Some people just won’t cut that guy a break, but he wrote Blade II, so he gets a pass from me. 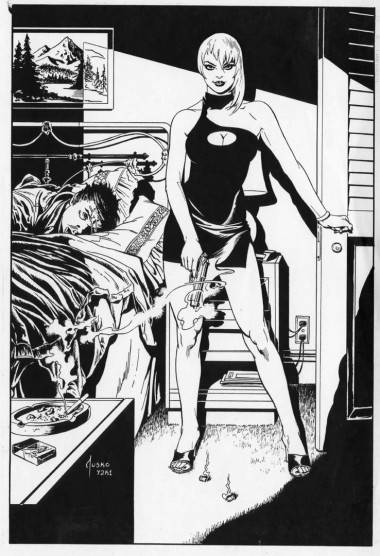 – The worst news of the week is that Hellboy creator Mike Mignola went on record at the Calgary Comic Expo saying that Guillermo Del Toro will probably never get around to doing Hellboy III. The director was a perfect match for the series and any attempt to do it without him will be a hollow shell of what could have been.

– The follow-up to the insanely popular video gameÂ Batman: Arkham Asylum is coming in the form ofÂ Arkham City.The game proper didn’t let you play as anyone but Batman himself, but developer RockSteady cordoned off an extra area of the game where players could take the reins of Joker. In Arkham City, Joker is out and Robin is in, and from the looks of him he could be the best part of the game.The weakest part ofÂ Arkham Asylum was the character design of Batman himself, his kevlar suit and super-tall cowl making him look pretty silly, so it’s a comfort to know that the Robin design in the same universe is totally badass.

– Two big featurettes hit this week, one for Captain America and the other for the fast-approaching Cowboys & Aliens. Early reports from test screenings of Captain America say that it is quote “awesome”. Those people were not plants at all. Promise.

– The reviews are in and Green Lantern is almost universally hated! Better make a cartoon out of it and take advantage of kids who don’t know any better. Luckily, Cartoon Network is all over it.

– With every new Conan trailer, hope dies a little. A red band with all the swearing and gore should help, right? No. No, not “right”.

– If you were hoping for some hard hitting Amazing Spider-Man news, you won’t find it in this E! Online interview with Andrew Garfield. All you will find out is that he is charming as hell. Like you didn’t already know that.

– Here is a picture, without further comment, of Game of Thrones’ Peter Dinklage as Wolverine. 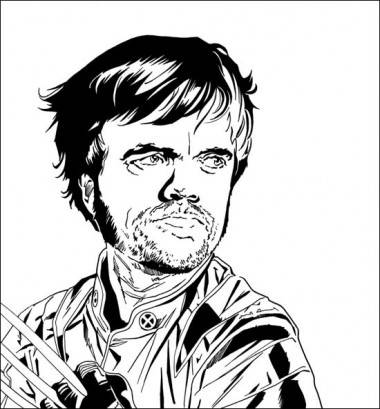