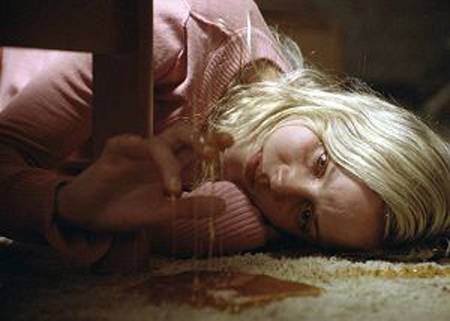 Whether you think much of Bradley Cooper’s acting chops or not, one must respect his ascension to leading man status. His isn’t the story of the never-acted-before prodigy discovered at the Orange Julius stand in the mall by some creepy, unscrupulous talent agent, and slammed face first into a succession of generic film franchises, where, in lieu of dialogue or acting, he stared his way through scene after scene until the credits rolled. (Or perhaps this is his story, I’m not certain. Calls to Cooper’s reps and the Orange Julius people went unanswered).

It would seem Cooper earned his stripes the old-fashioned way – small parts leading to the best friend role leading to the smarmy, charismatic villain, leading to a botched sitcom attempt, and arriving at his current peak of: top billing only. He’s replaced Samuel L. Jackson as the actor in every movie made these days. Seriously, after Pulp Fiction, did it not seem as though Jackson was in every film running for seven years? 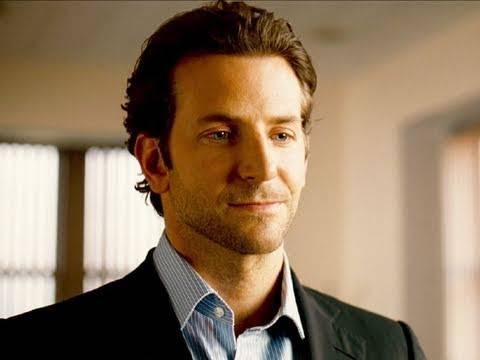 Cooper’s latest, Limitless, based on the novel The Dark Fields, opens Friday. In the film, Cooper plays Eddie, a struggling copywriter with far higher creative ambitions, not quite equaled by his abilities. This all changes when he stumbles onto a top-secret drug that allows for unrelenting creative genius.

When drugs appear prominently in film, they are almost always a character unto themselves. Humans’ battle to conquer drugs, and all the tribulations within, stretches a long way back in cinema. In 1936, Louis J. Gasnier, a prominent figure of the French stage and early silent film era, directed Reefer Madness (re-titled Tell Your Children), a ridiculous, “cautionary” fable of the dangers of drug addiction, where a consortium of drug dealers rope in wide-eyed teens with jazz music and marijuana. 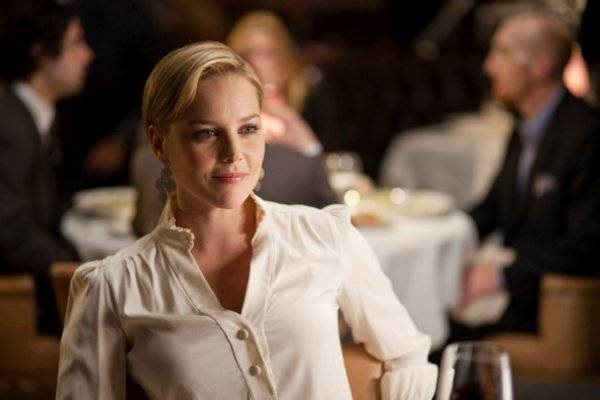 Limitless appears to potentially follow in this tradition: being a film where Cooper may be upstaged by his drug of choice. The Dark Fields wasn’t a particularly well-reviewed novel, which doesn’t necessarily say anything in itself – I do have a working theory that lesser novels make better films. However, making drugs a lead character in any film holds risks. The danger of asking your audience to become emotionally involved in a drug addict is self-evident: but the danger of asking your audience to form some sort of attachment or feeling to a drug itself is past trivial, arriving somewhere between aimless and insignificant. Cue the jazz music.

Bigger Than Life (dir. Nicholas Ray, 1956) – A slight cheat, Bigger Than Life is not based on a book, but rather a New Yorker article chronicling the dangers of prescription drugs. James Mason in one of his better performances, plays school teacher Ed Avery, who becomes more and more domineering and unstable when he becomes addicted to pain killers.

Panic in Needle Park (dir. Jerry Schatzberg, 1971) – Al Pacino has said in interviews that execs at Paramount ultimately gave him the role of Michael Corleone in The Godfather based on eight minutes screened for them of this film, in which he plays a desperate heroine junkie bobbing and weaving (as only Pacino can) his way around Needle Park. Directed by the underrated American filmmaker Jerry Schatzberg.

Less Than Zero (dir. Marek Kanievska, 1987) – Where would a list on movies balancing on the seamier side of things be without an entry from Bret Easton Ellis? Less Than Zero sees brat packer Andrew McCarthyÂ as a college student returning home at the behest of his girlfriend, to find his best friend in the midst of a major drug problem, played, in a cruel twist of life imitating art, by Robert Downey Jr.

Drugstore Cowboy (dir. Gus van Sant, 1989) – No one does the Pacific Northwest like van Sant. Based on James Fogle’s novel, Matt Dillon stars as the leader of a group holding up drugstores to feed their habit as they march their way through America’s left coast, and to their downfall.

The Basketball Diaries (Dir. Scott Kalvart, 1995) – Jim Carroll’s personal account of his life entrenched in addictive drug use, stars Leonardo DiCaprio in the role of the writer (who died last year).

Trainspotting (dir. Danny Boyle, 1996) – Perhaps the movie with the best acting ensemble on the list, Trainspotting is consistently mentioned as one the UK’s greatest contributions to cinema. Ewen McGregor plays Mark Renton, a heroine junkie trying to straighten up and fly right, with his friends as the chief source of failure. Based on the novel by Irvine Welsh. 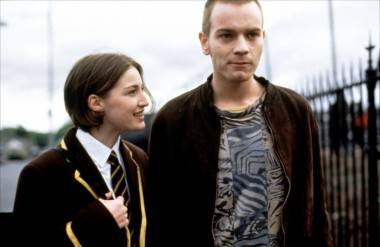 Fear and Loathing in Las Vegas (dir. Terry Gilliam, 1998) – Hunter S. Thompson’s novelistic account of his time covering a bizarre Las Vegas sporting event and ultimately his search for the American Dream, with his lawyer in tow, and a trunk full of narcotics. Johnny Depp and Benicio del Toro star; Terry Gilliam directs.

Permanent Midnight (dir. David Veloz, 1998) – Ben Stiller stars as comedy writer Jerry Stahl (the film is based on his book), who tries to cope with a $6000 a week drug habit by writing episodes of the sitcom Alf. Or is that why he has the habit in the first place? (Think – if Woody Allen had a major drug addiction.)

Requiem for a Dream (dir. Darren Aronofsky, 2000) – After Pi made Aronofsky a cult favorite, he reached the big time with Requiem, the film adaptation of Hubert Selby Jr.’s novel. Jared Leto and Ellen Burstyn star as son and mother respectively, both crumbling from their different, but paralleling, addictions.

Candy (dir. Neil Armfield, 2006) – Heath Ledger and Abbie Cornish star in this tale of artists, bohemia, drug abuse and ultimately (for one of the characters, anyway) recovery from addiction. Based on Luke Davies’ novel. 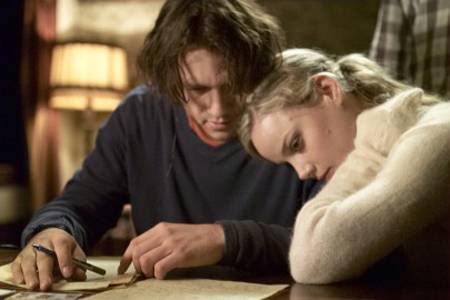 One response to “Twelve drug movies (based on drug-themed novels)”