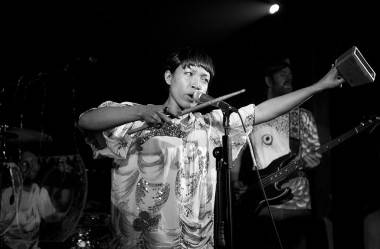 Thanks to some high-profile exposure, Little Dragon is playing sold-out shows on its current North American tour.

Gorillaz invited the Swedish band’s singer Yukimi Nagano and bassist Fredrik Wallin on its recent tour, and it seems this, along with Little Dragon collaborating on the Gorillaz songs “Empire Ants” and “To Binge”, has helped boost the band’s audience.