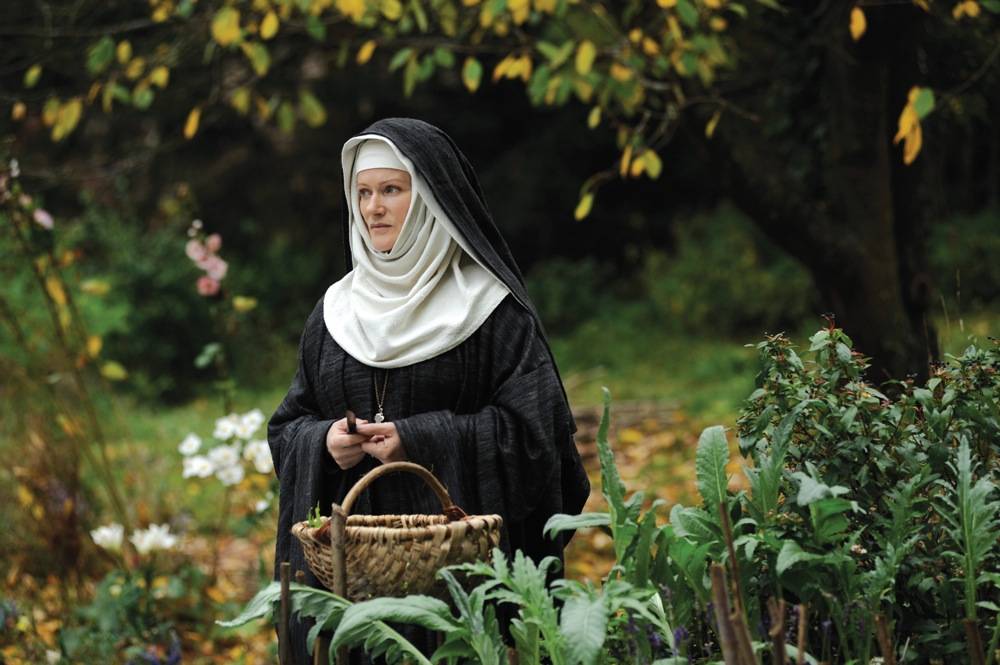 Highly respected German filmmaker Margarethe von Trotta’s latest offering, Vision, may be about cloistered medieval nuns, but the themes explored in the film are so universal, you quickly forget the time and distance between the nuns’ world and our own.

Based on the life story of 12th century seer, magistra, composer and holistic healer Hildegard von Bingen (played with serene intensity by Barbara Sukowa), the movie is concerned less with Hildegard’s religious visions and relationship with God. Instead, von Trotta focuses more on her worldly ambitions and human relationships. Indeed, Hildegard was an ambitious and savvy woman in a time when women – especially humble servants of God, such as nuns – had virtually zero personal or political power. 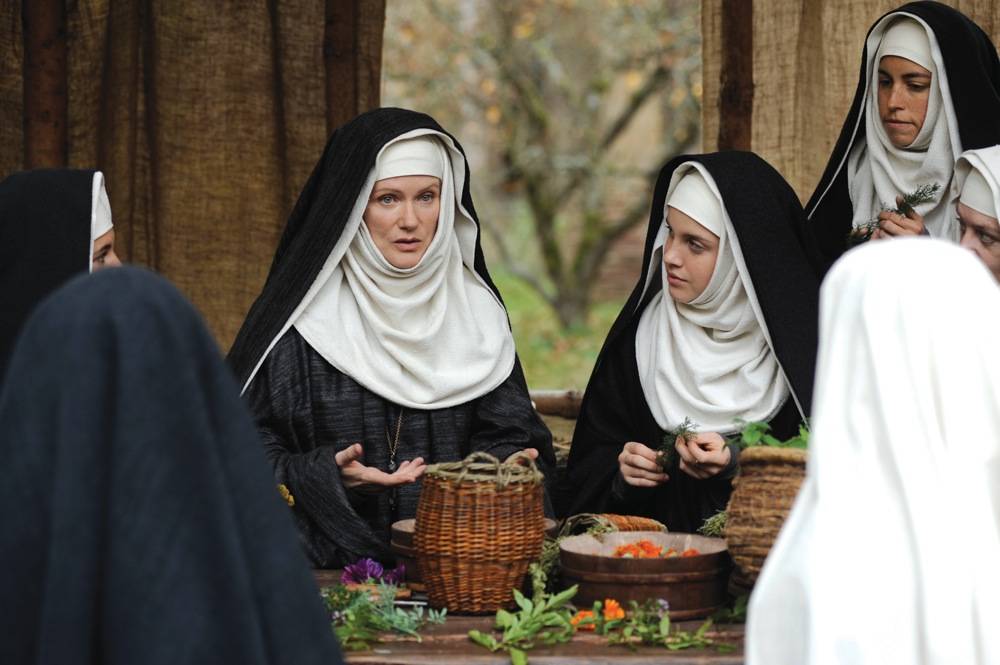 Still, ambition alone does not a historical feminist icon make. The film does an excellent job of showing us what a contradictory and intriguing figure Hildegard was. Here we have a cloistered nun, a woman who has suffered seemingly life-threatening bouts of illness throughout her life and who describes herself as a “weak woman,” who also meets (and plays chess!) with powerful noble men. She is a chaste nun who writes about female sexuality.

She views herself as a messenger of God because of the visions she experiences, yet she is also interested in the actual science behind plant-based healing; in one scene she even goes so far as to say that “prayer alone cannot heal the sick.” She is humble and calm, yet also a fighter – willing, for example, to go the mat in her own quiet way with the church powers-that-be in order to establish a separate cloister for her sisters when a young nun is taken advantage of by one of the male clergy and falls pregnant. 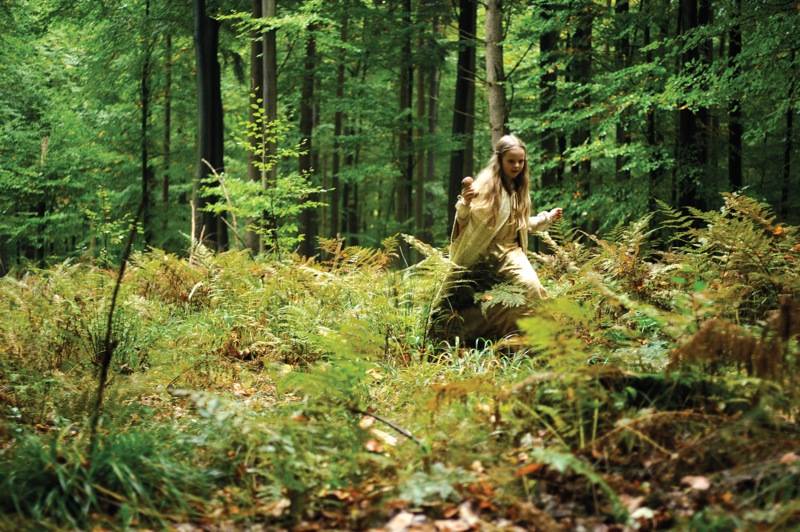 Von Trotta takes pains to keep the figure of Hildegard a human one, though. She is by no means perfect, and that becomes clear during one scene in particular, where Hildegard faces losing her beloved “daughter” (i.e., a young nun who she is in charge of raising/mentoring), the free-spirited Richardis (Hannah Herzsprung).

Richardis is from a wealthy and important family, and Hildegard definitely benefits in a material sense from her friendship with the girl. However, her strong bond with the younger nun is also evident. When the girl is taken away to serve as an abbess elsewhere, Hildegard’s expressions of grief send all of her deeply-held religious notions of humility and sacrifice out the window – in other words, she reacts the way any one of us would react, if someone we loved was being taken away. Indeed, it’s a rare moment in any film where you find yourself identifying with a 12th century Benedictine nun. 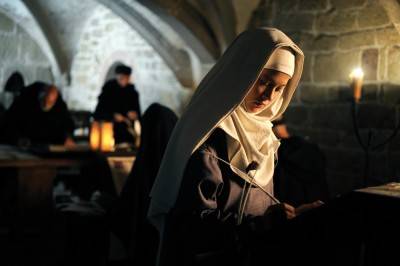 These themes of love and loss, while universal in nature, are all the more poignant because of the social and religious restrictions that Hildegard and her fellow nuns face. Theirs is not an easy life, and it seems particularly hard for a visionary like Hildegard to have a voice, despite (or maybe because of) her obvious gifts. Ultimately, though, Hildegard uses the tools she has been given to great effect – she is a non-radicalized radical surviving and thriving in a context where even speaking about her visions at all carries with it the threat of excommunication, which would of course take away her main purpose in life.

Due to its somewhat obscure subject matter, Vision is not the sort of film everyone will enjoy. But those who have an affinity for the kind of quiet filmmaking that a movie about cloistered nuns inspires, will likely love it.