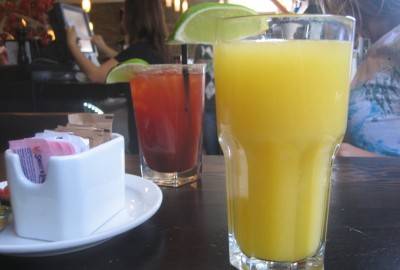 The gin Caesar and L.A. Morning at eight 1/2 in Mount Pleasant, Vancouver.

Thanks to brunch-hungry Twitterites, we were faced with a plethora of idea for this weekend’s brunch. In the end, we chose eight 1/2, for two reasons – one, we knew it mostly as a late-night drinks stop, and so were curious to see if brunch could live up to its fine cocktails; and two, because it was easy walking distance from the exercise class we’d managed to drag ourselves out to on a Sunday morning.

I have to say, the Mount Pleasant restaurant/lounge (named after its location on Eighth rather than the Fellini film – there are no Italian movie posters to be found) did not disappoint. 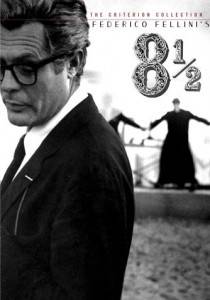 First, the eight 1/2 menu offers a few different styles of eggs Benedict, a couple of omelette options and a feature hash (this morning, Arctic char). Rather than the standard mimosas and Caesars, eight 1/2 offers its own variations, including a gin Caesar and an L.A. Morning, a mix of Malibu rum, Orchard Hill apple cider and orange juice. Both came in large glasses, which meant that the drinks lasted all the way ’til the end of the meal – which might not sound like a big deal but which, as you’ll know if you’ve ever face an empty mimosa glass halfway through your veggie hash, can be an annoyance (writes the pampered food blogger).

While my companions went for the omelettes – the Marketplace, including roasted seasonal vegetables and goat cheese, and the Crosby, including chorizo and mozzarella (and both made with free-range eggs) – I ordered the special, a mushroom-and-spinach frittata.

Curiously, when they arrived, the omelettes were nearly invisible under the wedges of toast: 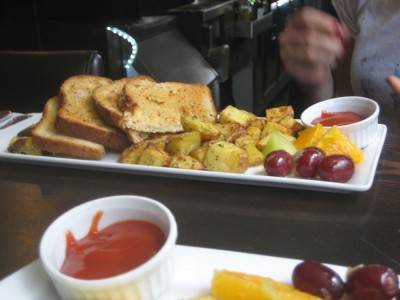 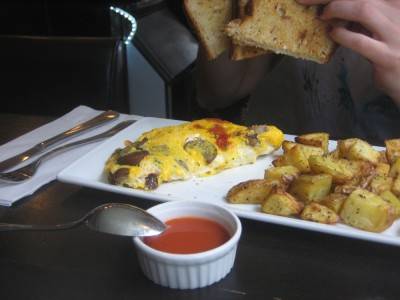 But though the presentation might have been a little wonky, the food itself was quite good; the Marketplace omelette was made with generous amounts of goat cheese, and my order was cheesy as well, with the eggs whisked and fluffed to perfection. I could’ve gone with a little less of the rosemary potatoes that worked their way into my fritatta, and perhaps more mushrooms and spinach, but otherwise it was a satisfying, tasty and inexpensive repast – just over $40 for three people, including drinks.

Also, eight 1/2 deserves marks for ambiance (even despite the lack of Italian movie posters) and for playing appropriate music. You can’t go wrong with Fleetwood Mac on a Sunday. 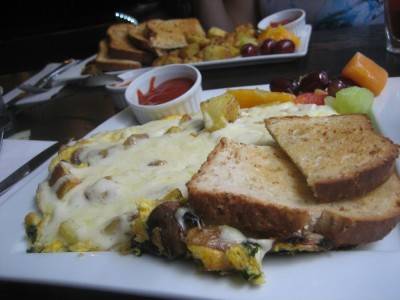 The spinach-and-mushroom frittata at eight 1/2 in Vancouver.