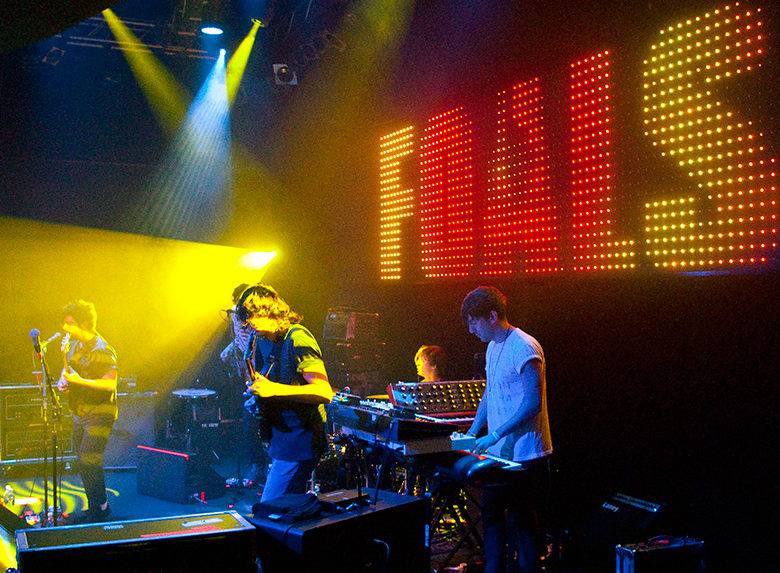 “Stage was mayhem. The end.”

That was my friend’s suggestion for a pithy review. Foals had just left the stage, and bass player Walter Gervers was socializing with fans as we debriefed, but my friend’s summary of our latest concert experience was spot on.

We had just witnessed another Vancouver stage invasion. During the final song of the Foals’ encore, there were more fans on stage than band members and Venue bouncers combined. The bouncers, still livid after a similar incident earlier in the night* tried to put an end to the party, but they were clearly outnumbered. As one fan got pushed off stage, three more would get pulled up by others. The band didn’t quite know how to react. All in all, it was a fitting end to the night. 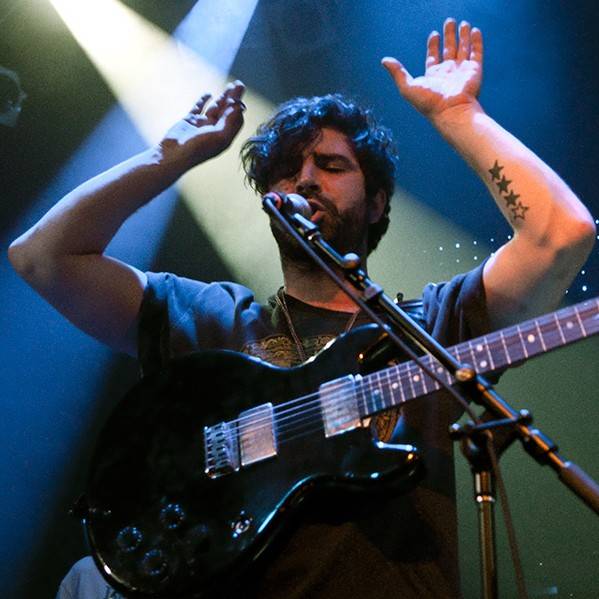 To be honest, I went into this show only knowing one song by Foals**, but I had really liked what I had heard. Because of this, I foolishly extrapolated and made dumb assumptions like they were some artsy Volcano Choir/Mars Volta hybrid obscurity, unbeknownst to all except for the indie hipster elite.

Foals have a pretty fervent, loyal, mainstream following. Being Mercury-Prize-nominated will do that, I suppose. But I was dumbfounded by the audience they attracted – crazily enthusiastic and gung ho to bounce away, fists pumping, smiling, laughing, occasionally crowd-surfing, and, ultimately, building a momentum that could only result in what we experienced in the final song of the encore.

And Foals fed off that energy – at one point singer Yannis Phillipakis jumping off stage and up to the Venue balcony, clammering down a ledge to rock out before jumping down to the floor, and back on stage – without missing a beat. 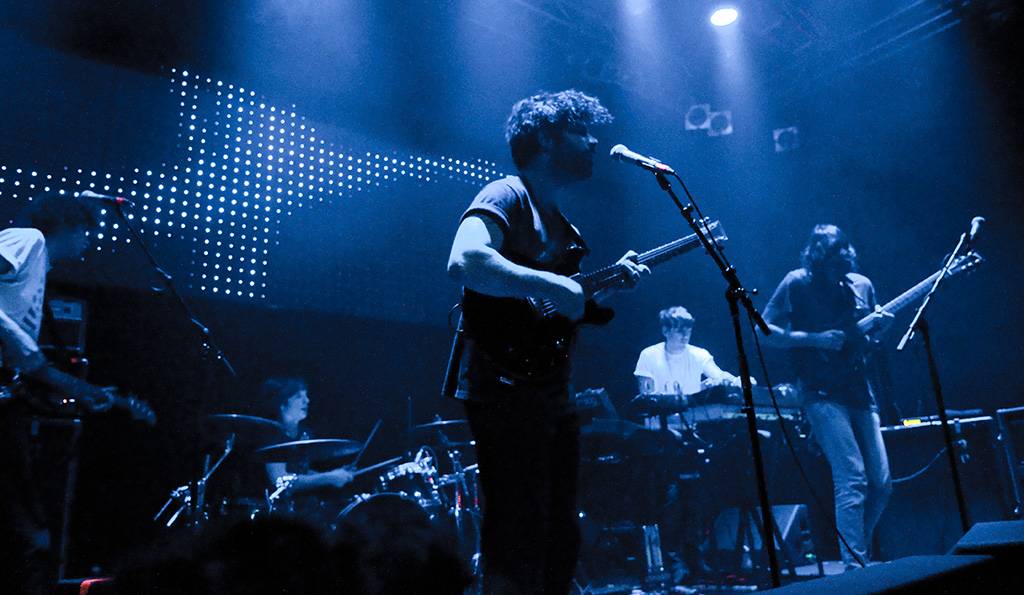 I looked down at my chicken scratch that I scribbled in drunken furies between songs, trying to recollect my thoughts. “Track six – summoning inner Robert Smith – Creepy!!!”; “crowd surfing fans”; “how is this not Bloc Party?!”; “dance punk”; “tropical bass”; “reminds me of elements of Friendly Fires and The Bravery”. None of this could properly describe what I had experienced, I soon realized.

I think I had just as much fun deconstructing the demographic of the audience as I did dancing to the music. We had the boyish fedora-clad lesbian hotties making out at the front of the stage; the old man Anglophiles – leftovers from ’90s Vancouver hotspot Luvafair.

Who’d have thunk it?

Foals weren’t the experimental band I had anticipated. Nope. They were way too fun for that. And I must admit, I do love me some catchy British dance-punk, especially when their singers have Michael Hutchence-esque mops and Robert Smith voices. Did I mention he also plays drums?

But so did Esben and the Witch‘s vocalist. It seemed to be the only thing that really linked these two bands together. Both headliner and opener featured singers who not only played guitar, but they could wildly beat the shit out of a tom… while singing.

I was quite amused by Esben and the Witch – the broody minimalist group that I had missed three weeks earlier in Las Vegas. Like an undermined Florence Welch, singer Rachel Davies hid behind her bangs with a mallet in hand and fluctuated between sultry babydoll coos and Siouxsie-ish howls. Guitarist Thomas Fisher, looking like a lost Magnetic Zero, clearly unhappy with the audio, literally abandoned the stage mid-song to chat up the sound techs.

But their blend of haunting, introspective, shoegaze-y spook-rock left me intrigued. The band would build walls of feedback loops and echoed vocals, then abandon their instruments to smash drums in frenzied unison.

Unfortunately, Esben and the Witch played to an almost-vacant Venue, and the people who were there never quite seemed to get into it. Then again, it probably wouldn’t have mattered who opened – the night clearly belonged to Foals.

*An enthusiastic fan jumped up on stage to dance between the band members, only to get booted out of the venue by an overzealous flashlight-wielding bouncer. Said bouncer then got pushed off stage by Phillipakis to the approval of the audience.