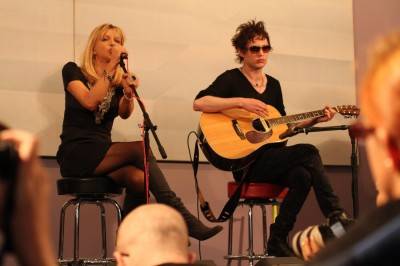 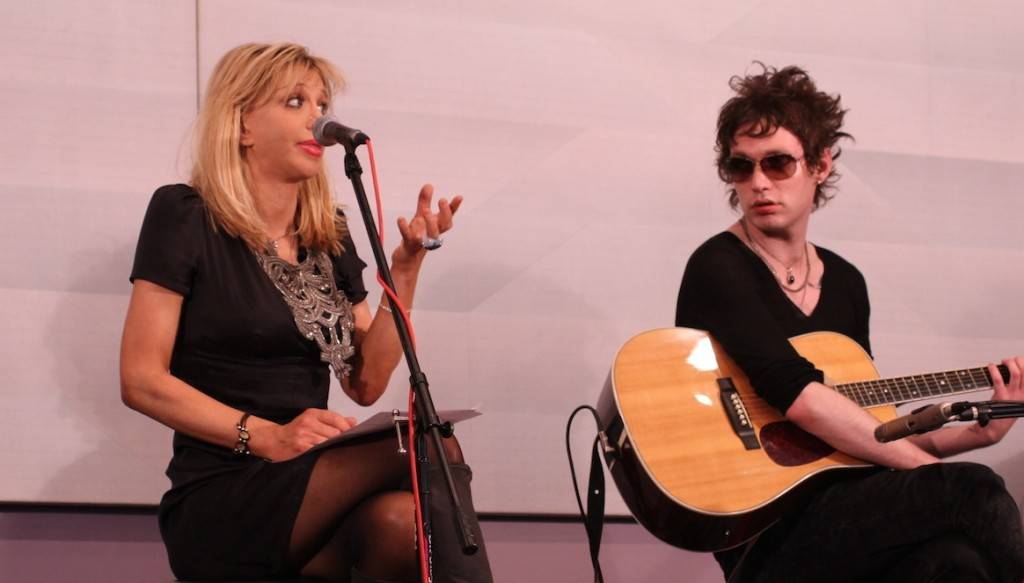 Since Courtney probably doesn’t do anything Courtney doesn’t want to do, she must have had her reasons, perhaps even musical–she and a spikey-haired, pasty-faced British youth, who never took off his sunglasses and accompanied her on guitar, played a couple of songs off the latest Hole album Nobody’s Daughter, a just-written tune called “Pretty All Your Life”, and, in a surprise move, a game attempt at Pearl Jam‘s “Jeremy”. 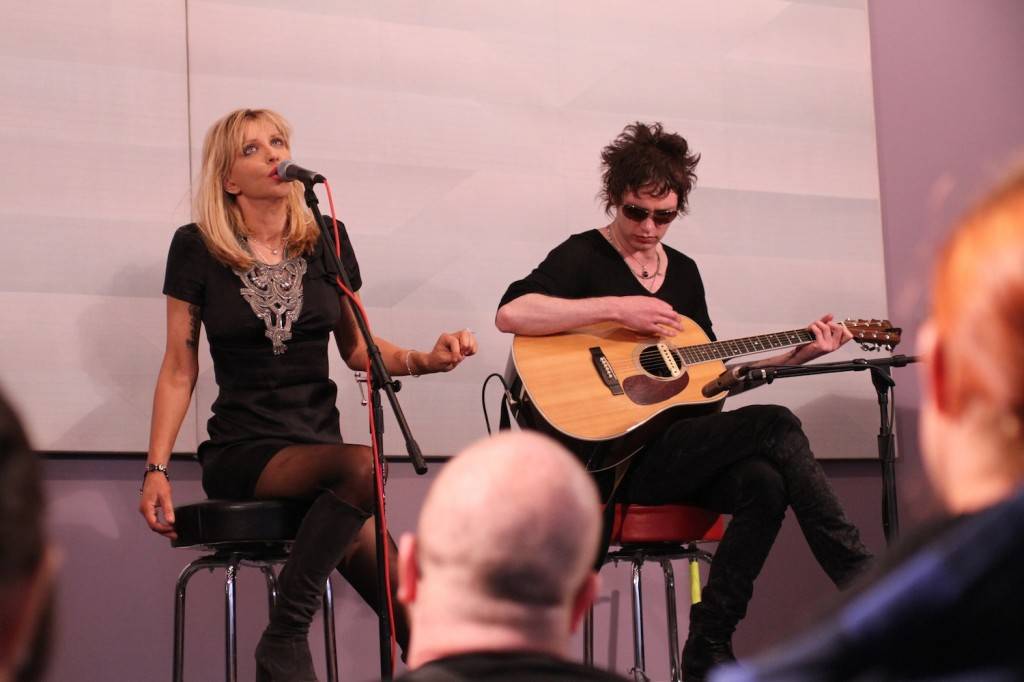 Later that night, Hole–on the mainstage–did rock, kind of, although I’m convinced Love, the only remaining original member, needs a female foil in the band; her (male) bandmates are pretty much just sidemen, though she did try to convince us Miko the guitarist was one of the tribe (“he’s lived with me for five years, through all my craziness”). 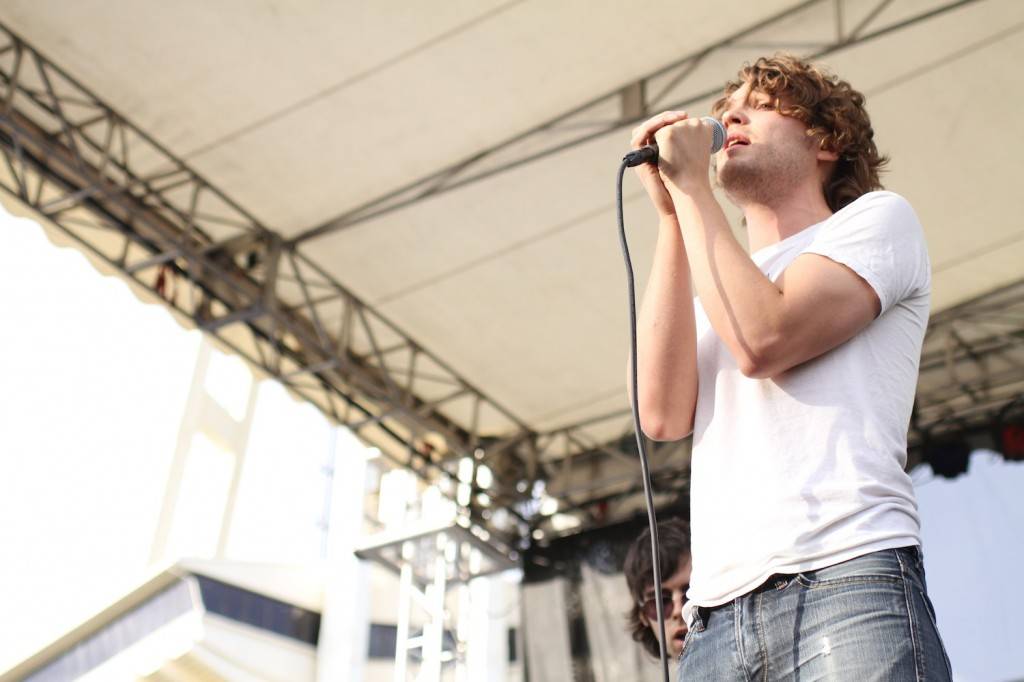 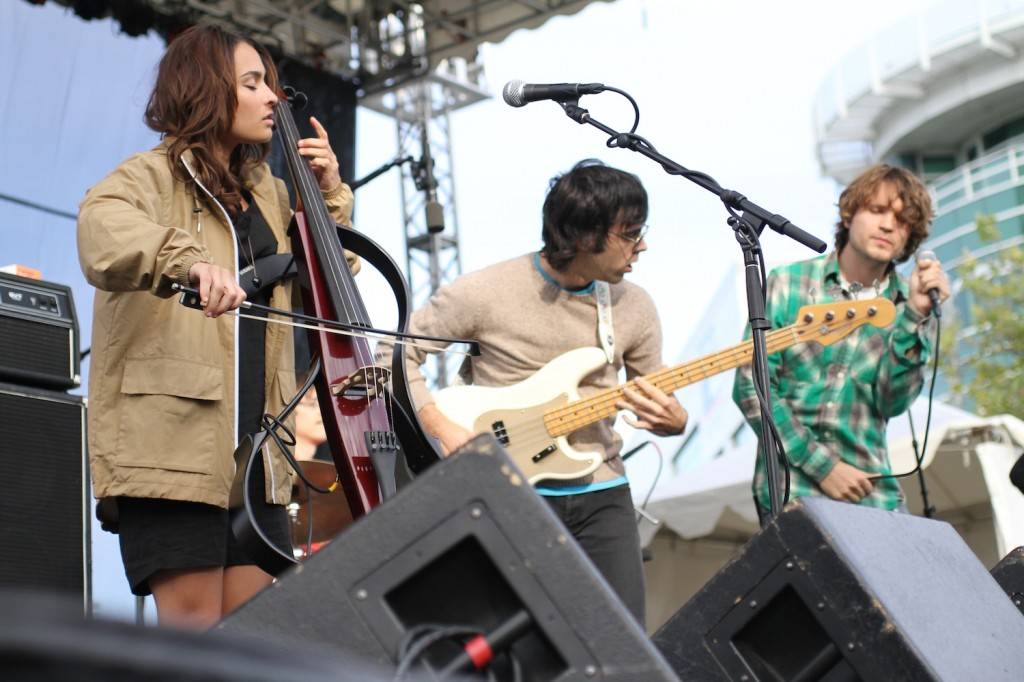