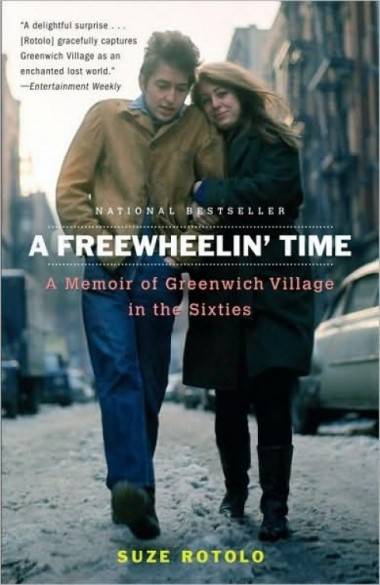 “Folk music was taking hold of a generation and it was important to get it right, including the look – be authentic, be cool, and have something to say. That might seem naÃ¯ve in comparison with the commercial sophistication and cynicism of today, but back then it was daring, underground and revolutionary. We believed we could change perceptions and politics and the social order of things. We had something to say and believed that the times would definitely change.” – Suze Rotolo

“The 1960’s were an amazing time, an eventful time of protest and rebellion. An entire generation had permission to drink alcohol and die in a war at eighteen, but it had no voting voice until the age of twenty-one. Upheaval was inevitable. Talk made music and music made talk. Action was in the civil rights marches, marches against the bomb, and marches against an escalating war in Vietnam. It was a march out of a time, too – out of the constricted and rigid morality of the 1950s. The Beats had already cracked the faÃ§ade and we, the next generation, broke through it.