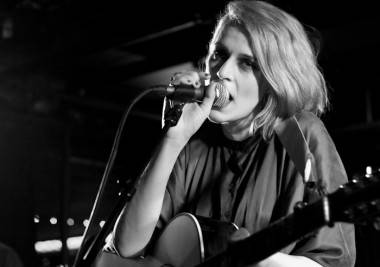 An almost-full Biltmore showed its support for the Swedish women’s team on the weekend- not the Olympians (this was the second last night of the 2010 Olympics) but for El Perro del Mar and Taken by Trees.

The nom de plumes for Sarah Assbring (from Gothenburg) and Victoria Bergsman (formerly of Stockholm band the Concretes), respectively, EPdM and TbT brought some nice mellow relief from all the Olympics hoopla. Both sounded considerably better live than on their new records, Love Is Not Pop and East of Eden.

Besides their native country, the two singers share a similar pop sense, though perhaps not as similar as El Perro del Mar and Lykke Li (with whom Assbring was paired last time she came through town). Certainly neither threatened to blow the roof off the joint, though both singers had full bands that created soulful grooves and whispy folk, according to the frontwoman.

Both seem to have a whimsical sense of humour, reflected not only in lovelorn lyrics but also Assbring’s hair (new wave gone bad) and Bergsman’s taste for smoke machines and incense. And Bergsman, who sounds a lot like Camera Obscura‘s Tracyanne Campbell, played to the crowd a little more by making a couple of amusing hockey references. 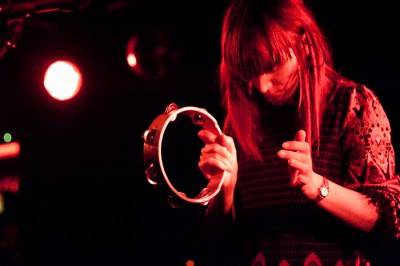 Assbring however brought the soul, and the sensuous rhythms and liquid grooves of her band ultimately proved to be a little more fulfilling than Taken by Trees’ winsome, occasionally glockenspiel-y pop. However (who can resist), let’s give both the gold.

Taken By TreesÂ at the Biltmore Cabaret: