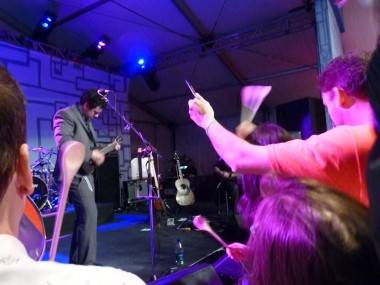 No matter how amazing the Polaris-nominated Elliott Brood is, it’s still hard to believe that the large crowd braving the hellish line and airport security type restrictions at LiveCity Downtown Feb 14 was entirely there to see the band. Where were the masses in October when the Toronto three-piece brought the Biltmore to its knees? But with its enthusiasm, the audience, the majority of which probably still have no idea who played, could’ve fooled anyone.

Following an extremely rambunctious set by local Rich Hope, and a line that took just under two hours to get through on Valentine’s Day no less, the Brood showed the international contingent at the 3000-capacity indoor pavilion the meaning of “death country”.

The suit sporting alt-country trio, featuring front man Mark Sasso, drummer Stephen Pitkin and guitarist Casey Laforet, seemed determined to prove that they were genuinely proud and honoured to have been asked to represent Canada through their music. The covered stage/ bar in what is ordinarily a parking lot became their very own gold medal podium and the excitement was palpable as the beer flowed and the speakers shook. 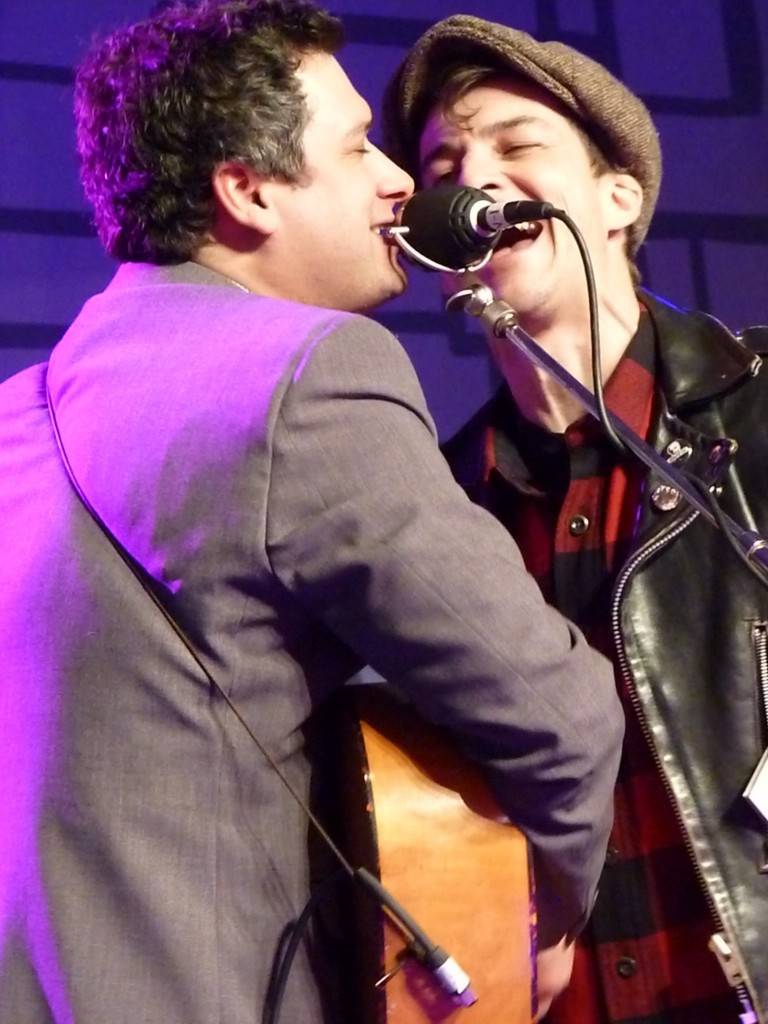 Fueled by Alexandre Bilodeau’s victory hours earlier, becoming the first Canadian to win gold on Canadian soil in Men’s Moguls, the crowd danced and cheered careful not to encroach on anyone else’s space – or injure the two wide-eyed toddlers struggling to see the source of the commotion.

Elliott Brood worked its way effortlessly from foot stompers such as “Without Again” from its latest, Mountain Meadows, to cult classics complete with ad-libbed digs aimed at B.C. such as “Oh, Alberta”. The set had a distinctly and uniquely Canadian feel to it, interrupted briefly by a CCR cover with Rich Hope.

Though very few spectators sang along, and many opted to remain in their seats nursing an exorbitantly expensive beverage, the band managed to engage and intrigue almost everyone with their trademark. Pitkin handed out wooden spoons and pans to encourage audience participation, but this particular set of pans had a twist – the Canadian flag painted on the bottom.

Under the red and gold lanterns hanging in celebration of Chinese New Year, those in front of the stage beat the patriotic pans in time to the music, all Canadian if only for a few songs.