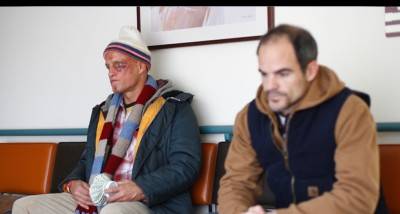 And it’s about time, too. This is the closest we’ve gotten since Margot Kidder chilled out with Superman’s Christopher Reeve in his icy polar palace, The Fortress of Solitude.

Defendor is an impressive feat for first-time writer-director Peter Stebbings; not only is he gifting Hamilton, the undisputed doughnut capital of our home and native land with a (albeit unlikely) hero to call its own but he’s managed to fill the film with big-name talent including Canadians Sandra Oh (Gray’s Anatomy) and Elias Koteas (Shutter Island) as well as Kat Dennings (Nick and Norah’s Infinite Playlist) and Academy Award nominee Woody Harrelson (The Messenger).

Speaking with Defendor producer Nicholas Tabarrok at the Victoria Film Festival in February, he summarized the film about the ambitious and well-intentioned Arthur Poppington (Harrelson) as being about “a regular guy who lives in the same world that we live in who thinks he’s a superhero. He grew up reading comic books as a kid and he’s a little slow and has a blurring between reality and fiction.” Fetal Alcohol Syndrome is alluded to as an explanation for Poppington’s persona in the film, but Tabarrok acknowledged that “it (FAS) is not too emphasized in the script – we didn’t want it to become about a syndrome or a disease.” 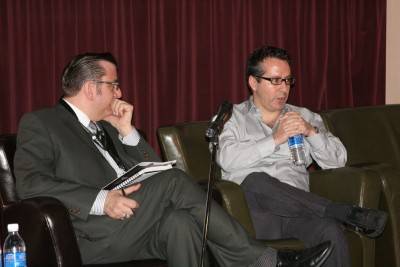 Defendor was screened at the Whistler Film Festival in December as part of the Boursos Competition and was well received by its audience and the jury alike, garnering actor Harrelson the award as Best Actor for his performance. After the film was shown I had the chance to speak with director Peter Stebbings about his experience. 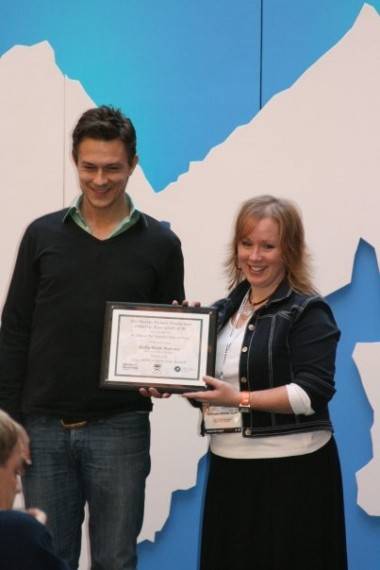 Peter Stebbings accepts the acting award for Woody Harrelson in Defendor at the Whistler Film Festival, 2009.

Rachel Fox: What was it like directing Woody Harrelson?

Peter Stebbings: We did a lot of our work prior to going to camera. The day before principle photography Woody invited me over to his place to talk about the role a little bit. I took him shopping at Value Village –

PS: He actually bought his own clothes. He went to a couple of dive bars. I introduced him to some clinical psychiatrists and psychologists, and we talked about Fetal Alcohol Syndrome. We did a lot of research like that, in a mental health hospital in Toronto, spending time around people with mental health issues. We did a lot research that way and then massaged the script here and there.

He said the night before we were going to go to camera, “I’ve never been more unsure of what I’m going to do tomorrow, ever. In my life.”

RF: As a director, did that scare you?

PS: No. He followed it up by saying immediately after that, “I’ve never been more OK with that.” The first two days he was still finding it a little bit, and then on the third day he found it and just completely sunk into the role. From there on in he exceeded every expectation I ever had. All my actors did, I’ll have you know. First time director, to be able to work with an Academy Award nominated actor…

PS: [Laughing] Uh, yeah! I felt like I was watching a master.

RF: I loved his Defendor voice. If it was me and I had director power, I’d have asked him to speak like that all day.

PS:Â  That voice thing is something I scripted, I wanted to poke fun a bit, the Christian Bale thing. It’s so silly in Batman, I find…

RF: I was thinking of [Michael] Keaton’s Batman more.

PS: Yeah, right. I wanted him to play with that voice and he actually lost it on the last day of filming – we actually had to bring in the rushes. He certainly didn’t talk in the voice all the time, but he did crack a few quips. By the end of the first week, he knew the character so well and when he left, he left happy. And I felt really proud of that – that he left the set happy, and he said, “I couldn’t imagine not playing Arthur Poppington.” Then when he saw the film he really loved the film, and that made me feel good. That was really important to me, that he liked the film and really enjoyed the experience.

PS: It was full on. We’d blown all of our overtime budget in the first two weeks. I was on a diet of 12-hour days. I’ve never felt more cocaine high, adrenaline high – sleeping maybe four hours a night at most… I had a ball. I was laughing with the performances, being touched in ways I couldn’t have imagined being touched. It looks more beautiful, and exceeded every expectation I had. To see your work come alive, that you’ve entrusted to these beautiful actors to bring your shit to life, know what I mean?

PS: Exhausting, trippy. I smoked way too many cigarettes….

RF: How did it all happen – getting Woody Harrelson in a Canadian film? That seems amazing to me.

Nicholas Tabarrok: It is a Canadian film, but I as a Canadian filmmaker never think in terms of nationalistic boundaries. The film has to be universal and work on an international level. I try to cast irregardless of citizenship and when it came to that role, I didn’t limit my thought process to Canadians only. People always ask me – “How’d you get to Woody?” The answer is very conventional, “Straight through the front door.” We made an offer through CAA, his agent, who loved it and wanted their client to do it.

RF: How does it change things to have an actor of his clout?

NT: Money, almost to 90 degrees, goes with the cast. Not to make light of Kat Dennings and Sandra Oh. 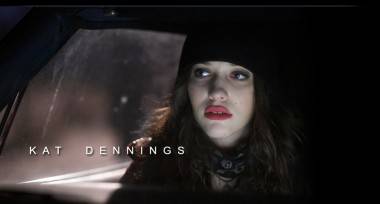 RF: When the deal was sealed that Woody Harrelson was going to appear in your film – what was that moment like?

NT: It was pretty joyous, I was pretty happy. Peter Stebbings, the director, and myself were at Woody’s house. We had a meeting set up. Peter was in Los Angeles and I live in Los Angeles and we drove over to Woody’s house, high in the hills. We hung out with him for a couple hours, played pool, chatted about the movie. It was a very indirect conversation – just chatting about the movie in general and about other directors, etc.

At the end of the meeting, nothing had been decided yet, and I said, “Woody, thank you for your time and I really hope this works. I’d love you to be in the movie, I’d be really thrilled.” And then he asked me a couple real questions: “When is the shooting, again?” and “How long do you need me for?”, and I told him, and then he said, “OK, I’m in.” It was decided in that moment.

Peter stayed a little later and I drove home myself, down the hills in my car and thought, “Wow, Woody Harrelson – that’s fantastic!” I was pretty pleased. Peter called me about ten minutes later and said, “Dude, we got Woody in our movie!”

Peter was a first time writer-director, so to be a first-timer and get a cast like that is really remarkable… just amazing. 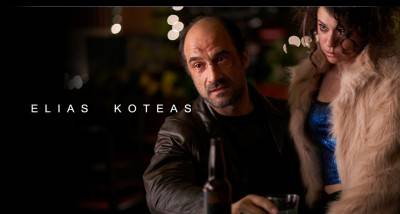 RF: Tell me about filming the torture scene between Woody Harrelson and Elias Koteas. That was the funniest scene in the movie and one of the audience highlights at the Whistler Film Festival. Was it scripted?

PS: That scene was definitely scripted. Without coming out and saying it, it was one of our favorite scenes in the movie. We thought it was funny. The actors came really committed to it and really into it. As a crew, and as a director, I was into it too. I couldn’t have imagined I was going to get that performance from Elias in that scene. He’s method – so he wanted real lime juice in there. After it was all said and done, there was some laughter. Woody also really put his fingers through the nutcracker… his fingers really were all gimped at the end. You’re working with such excellent, excellent actors – I couldn’t have imagined getting those performances out of them. 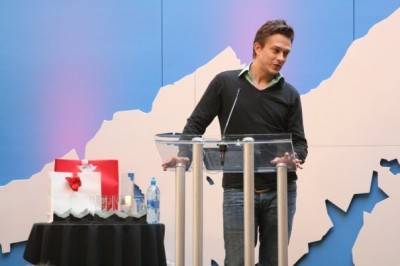 One response to “Defendor’s Peter Stebbings and Nicholas Tabarrok”