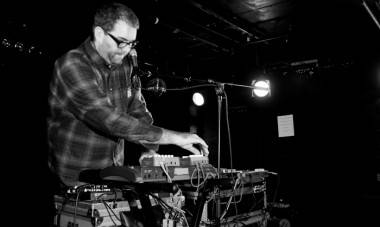 Someone mentioned this was the third time (lucky) that Owen Ashworth’s Casiotone for the Painfully Alone attempted to play Vancouver in as many years. With no border hassles or car accidents to bunk the show this time around, there was a high level of anticipation among the crowd at the Biltmore–well, those of use there to see the show, anyway.

Indie-rock shows–more than other types–always seem to bring out that contingent of people just sort of “out to be seen”–like, hey, somebody may be there to take pictures for Last Night’s Party, so everybody make sure you look like you stepped right out of the Adbusters hipster issue and make sure you act as if you don’t give a toss who’s onstage.

More frustrating–for those of us who had to work early Saturday morning, and especially after enduring the teeth-grindingly grueling sets of two pointless opening acts–was that Casiotone didn’t get onstage until quarter to twelve. But, begrudgingly, I have to admit what I saw was worth the wait. 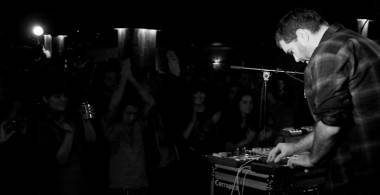 Most interesting was the dichotomy of watching Ashworth–well into his 30s, balding, roly-poly, looking rumpled and pretty much “over it”–singing heartfelt songs about real-life things: facing parenthood, getting older, mortality, reminiscence, leaving your youth behind–you know, grown-up stuff–to a crowd consisting primarily of early-20s hipsters concerned mostly about being seen drinking the right brand of beer.

I had to wonder if a crowd like that can relate to such open-hearted songs of adulthood? Then I thought, well, as a crotchety old man myself, what the hell do I know (kids these days!)? Well, I do know vapidity–trust me, I overheard the conversations:Â  Si jeunesse savait, si vieillesse pouvait.