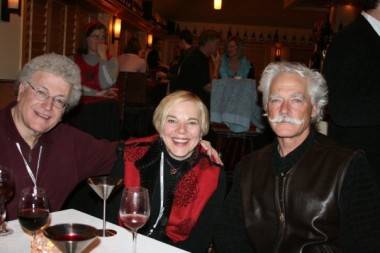 Skidlove (Canada) – Producer, director, screenwriter, editor, and actor Ryan Arnold is a one-man machine, like Dick van Dyke in Mary Poppins. But instead of a sunny day with Mary in a cartoonish chalk-drawn English sidewalk universe the adventure was, dark, gory, pervy (no judgment), and set in Toronto among hipster 20-somethings.

Arnold pre-empted the screening by apologizing to his parents and asking that he “still be in the will” – could there be a more intriguing prologue? Beautifully shot, wonderfully edited, and possessed of a fantastically dreamy score, this odd tale succeeds in the “un-reveal” of its engagingly odd story.

Newcomer Roger Bainbridge delivers a startlingly intense, Son of (James) Spader-creepy performance that is deserving of special attention. Skidlove is one of the entrants in the Borsos Competition for Best New Canadian Feature film.

Hugh Hefner: Playboy, Activist and Rebel (Canada) – Oscar-winning director Brigitte (Artie Shaw: Time is All You’ve Got) Berman’s intimate and thorough look at the man behind the famed Bunny empire is a compelling take on a man whose vision is best known for lubricating the progress of the sexual revolution and less for the multiple ways it helped redefine civil, human, and First Amendment rights in America. Hefner reveals himself to be far more complex and ethically sophisticated than one would expect from a man who wears pajamas all day.

Special thanks to whoever was behind this films’s write-up in the festival catalogue appearing, naturally, on page 69. Wink wink, nudge nudge, say no more.

Best Worst Movie (USA) – Have you ever seen what legions of people on IMDB and RottenTomatoes hail as being the worst movie ever made, Troll 2? I haven’t, but after seeing Best Worst Movie I think I may have to.

Director Michael Paul Stephenson has not only seen it but he lived it, having starred in it when he was a kid in 1989. Twenty years later this unusually bad film about a family running from angry vegetarian goblins has grown into a veritable cult classic. A charming look inside the lives of its colourful cast and the phenomenon surrounding the film guarantees this documentary a following of its own. 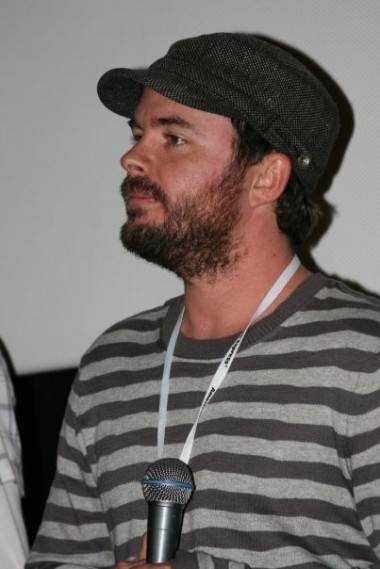 Suck (Canada) – Alice Cooper, Carole Pope, Iggy Pop, Henry Rollins, Dave Foley, Moby, Jessica ParÃ© and Malcolm McDowell in a rock-and-roll vampire movie? Indeed. Introduced last night with the gentle suggestion that it may be “best to enjoy stoned,” director Rob Stefaniuk’s film definitely did not suck. Although inhaling before a screening may not be a bad idea. 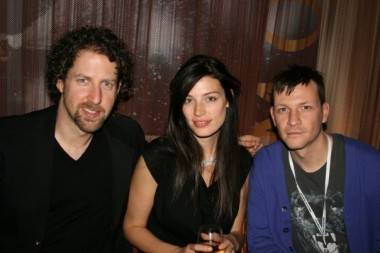 Getting noticed – Film a most illustrative synthesized sensory experience – a virtual window (or mirror) to a life experience, the camera an unobtrusive eye that facilitates our being able to gaze … Cameras, eyes, watching – darlings, it’s a film festival. It’s all about getting noticed.

Romanian baby by proxy – I’m currently in the position of having an injured knee and am wearing a very dramatic looking brace. It’s worse than it looks, and it looks pretty pathetic. I have learned this temporary curveball-from-the-universe has some unexpected positives, especially in a mountain-resort town.

The voyeuristic thrill I get from pointing to it and saying, “I’m a little handicapped right now” when I want to be treated with extra care (I’m honest) is bested by the hordes of people (mostly males) who have approached me in earnest to inquire about my injury.

I have subsequently perfected the entirely strange story of “what happened to my knee” and never tire of telling it. It’s a fantastic conversation point, and I love to talk (especially about myself), so for that I am grateful. The brace is actually called a zimmer, and for the remainder of the festival I will affectionately refer to it as Hans.

Bottom line: Injuries are fantastic for getting attention. Forget arms, no one cares about them–people at a film festival want to help you in an effort to make themselves feel as Angelina Jolie-esque as possible. Stick to legs and leg issues; crutches are tiring and a pain and could be a liability in icy ski resorts–but they’d garner maximum sympathy. If you’re brave and nimble, you’ll do well. Up to this point in my life, Hans Zimmer has been the greatest thing to ever happen to me.

Words to live by – “You’re the first woman I’ve seen in one of these things that dresses like a woman, not like a woman thinks a man would dress if he was a woman.” – Harrison Ford (Jack Trainer), Working Girl Even though we’re in the Land of Lululemon chic, a place where yoga pants are less about function and more about a fashion “lifestyle”, don’t forget that you’re here to get noticed.

Bottom line: The opening night gala saw me in my best Nigella Lawson-chic, serviceable yet comfortable fitted black mohair Victor & Rolff sweater dress. Rigid fashion rules dictate that tantalizingly tangible textiles are typically not part of the male wardrobe, so when you don something like this menfolk will feel compelled to touch you with equal parts curiosity and envy. Unsolicited, non-pervy touches are always welcome, especially when pre-empted by a vulnerable “May I?” or followed by an embarrassed “I’m so sorry, but I had to.”

Member of the tribe – Wear, with pride, some symbol of your membership in some sort of tribe and people will respond. (It could be anything–I have seen this phenomenon occur with friends wearing an Alcoholics Anonymous pendant and another who sports a Nordic-looking Lord of the Rings tattoo. The more obscure it is the better.) Watch and witness as fellow tribe members will make themselves known to you.

Bottom line: Prominently display a Star of David on your person (my gold necklace has bonus points for being inscribed with Hebrew). A yellow patch on your coat could be taken as ironic or offensive; best to err on the side of caution unless you really know your audience or are prepared to get vocal about entitlement and Cossacks raping your grandmother (or something). If you don’t know the power of one of these at a film festival, go home and seek out your local Elder of Zion for more information.