Having grown up in Nanaimo*, I know a thing or two about drinking blood, sporting fangs and avoiding the light of day.

But puberty only lasts so long, and eventually you grow out of it. You sprout hair in funny places. You stop eating at Fogg ‘N’ Suds and start wearing merino wool v-neck sweaters with a collared shirt underneath and the cuffs zshed just so. Maybe that’s just me.

New Moon and Robert Pattinson – Vampires, on the other hand, are an entirely different beast – especially when it comes to fashion. And I’m not just saying that so this website will see a spike in unique visits as it piggybacks onto the massive boner everyone under the age of 25 seems to be sporting over the new Twilight movie [that would be New Moon with Robert Pattinson-ed.]. Well, maybe it has little bit to do with that. So without further adieu, here’s a rundown of some of the highs, lows and truly bewildering fashion moments straight outta Transylvania. Cue the organ, bitches.

Nosferatu (1922) – Telling people you love F.W. Murnau’s silent German Expressionist vampire flick is good for two things: sounding pretentious and getting laid by Goths. What’s more fashionable than that? But Max Schreck’s take on bloodsucker Count Orlok is a thing of inspiration. Bald, big eared, bushy eyebrows, schlumpy wool jacket: he could be the frontman of one of those eternally glum British electronic bands in the early ’80s. And those guys got laid like a rug. 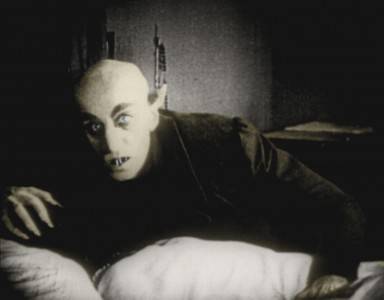 Dracula (1931) – Bela Lugosi vamps it up as the title character in what has to be one of the most iconic images of Dracula, complete with cape, widow’s peak and a certain old-waiter-working-at-a-steakhouse presence. 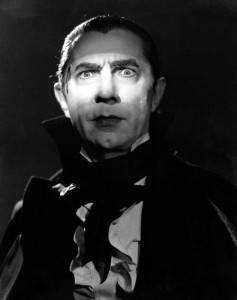 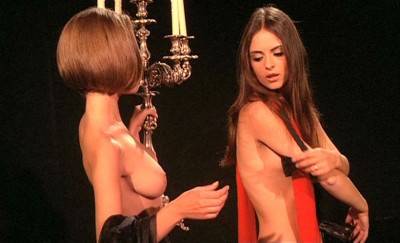 Blacula (1972) – William Marshall’s title character in this blaxploitation cult classic is the shit, and eerily resembles a cross between a young Don King and deceased singer Wesley Willis. But what’s with the unruly facial hair growing up his cheekbones like ivy? Someone give this man a hot towel shave and rejuvenating micro-dermal abrasion. I don’t even know what that means. 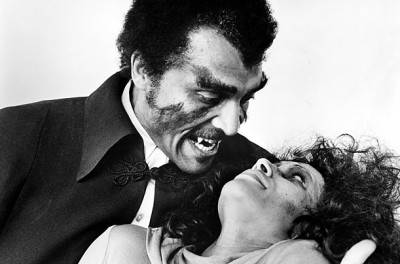 The Lost Boys (1987) – Ever wonder where Coldplay got the idea to steal Adam Ant’s wardrobe and start looking like a ragtag troop of Confederacy soldiers? It was The Lost Boys, which not only serves as the precipice for Cory Haim and Cory Feldman’s lifelong downward spiral, but is the only worthwhile thing Kiefer Sutherland has done in his life besides drunkenly tackling a Christmas tree on YouTube. 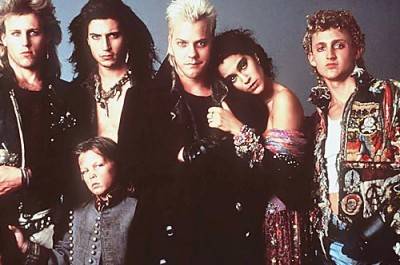 Interview with the Vampire (1994) – Besides launching Kirsten Dunst’s mediocre acting career, Interview with the Vampire is the first of two 1994 movies (the second was Legends of the Fall) in which Brad Pitt sported lustrous locks rivaling the lameness of Eddie Vedder’s misshapen ‘do. Mind you, it was the tail end of grunge, but that’s really no excuse for the massive loafs cascading from Pitt and his costar Tom Cruise’s enormous heads. It’s like watching an Extreme video but being forced to listen to the band overact with bad accents. 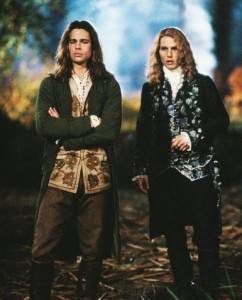 Brad Pitt and Tom Cruise in Interview With the Vampire (1994).

Count Chocula (timeless) – Captain Crunch might have pirate cred and the Trix rabbit druggy panache, but Count Chocula sits atop the heap of themed breakfast cereals. And, I don’t mind saying, he’s a bit of a looker. Striking features, good bone structure and he knows how to wear brown. A rare commodity, indeed. 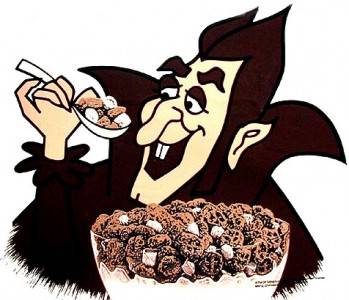 Count von Count (1972 to present) – I count three, three reasons why Sesame Street’s stats-obsessed vampire is a fashion maverick. First, it takes balls to rock a monocle. Two, there’s something vaguely Abe Vigoda-on-Barney Miller-esque about the way the Count carries himself. And three, his look is Classic Vampire, without the slightest hint of douchebaggery – something that can’t be said about the latest crop of fang hags in Ed Hardy gear who wouldn’t know a cape or comber bun if it bit them in the ass… or neck. 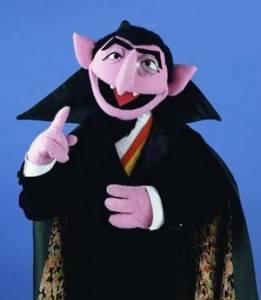 *Ed’s note: a smalltown on Vancouver Island, BC, known for its preponderance of vampires, lycanthropes, beekeepers and other creatures of the night.

5 responses to “A Guide to Vampire Fashion”