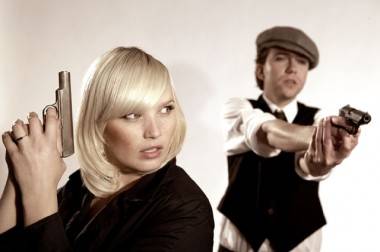 It’s album number four (five if you count the debut EP) for the Raveonettes, the Copenhagen duo that borrows liberally from ’60s influences like Phil Spector, the Ronettes, and the Velvet Underground.

In and Out of Control finds the group writing pop songs with a bigger bang than previous. Sune Rose Wagner (guitar, vocals) and Sharin Foo (vocals, bass) holed up in a Copenhagen recording studio earlier this year and the results are very reverb-y, echo-y and just generally easy on the ears – despite some rather dark lyrics.

We chatted with Foo on a day off in Los Angeles, where she lives, as she headed to a friend’s place to see the new baby. Foo, a fairly recent mother herself, talked about babysitting, the new Raveonettes album, and the song “Boys Who Rape Should All Be Destroyed”. 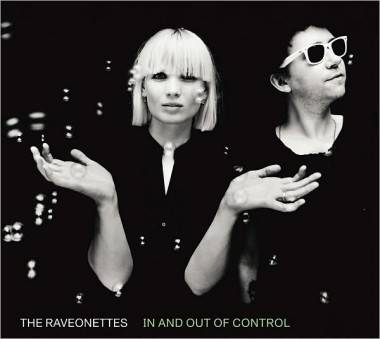 Shawn Conner: So are all your friends now other moms?

Sharin Foo: No, not only. But I have a couple of friends who have babies.

SC: What’s changed now that you’ve had a baby when it comes to touring?

SF: Well we did a little mini-tour in January when my baby was three months old. That was the first time I’ve been back since having a baby. That was five shows in the U.S. It was good to be back, I think it was a little early but it was good to feel back in society.

SC: Has having a baby changed how you’ve approached music?

SF: It’s a very all-consuming thing, especially the first couple of years. Or so I would imagine, this is my first child. I was worried when we were going into the studio that I wouldn’t be able to engage one hundred per cent. But I felt like I was still able to, that I could still be present in the music.

SC: I guess recording in Copenhagen was good, the grandparents could see the baby. Plus free babysitting.

SC: So this is the first time you went to an outside producer [Tom Troelsen]?

SF: Well, I think we always kind of tend to sort of need the opposite of what we’ve been doing previously. Lust Lust Lust was a very homemade, in-the-bedroom sort of productions, and we wanted to have someone come in from the outside and deconstruct us a little bit. We wanted to be challenged to get out of our comfort zone.

SC: What was the biggest change he made?

SF: I feel like there were a couple of big changes. He was very instrumental in directing us towards the lighter side of the Raveonettes, at least sonically and song-structure-wise, in a more, traditional pop song direction, more chorus-oriented, which is not something that is really new for us, but it’s new for us to really embrace it.

And then I think he was also really pushing us to have the vocals way in front, to not have those kind of secretive mysterious reverb-drenched vocals in the background. He was more like, No, vocals in your face, we want to hear the song and hear the words.

SC: With big catchy choruses, did you have a love-hate relationship with them?

SC: Obviously the song that’s going to be asked about a lot is “Boys Who Rape Should All Be Destroyed”. What sparked that song – newspaper reports of war crimes, or something more personal?

SF: That plus stories from people we know. I feel like this album in a sense deals with tragedy, but wrapped in bubblegum, if that makes sense.

When you create that extreme juxtaposition within a song, it’s somehow more confrontational, because you’re completely unprepared for what’s going to come. So that’s a song that has a really melodic doo-wop melody and harmonies. We wanted to create a real tension in the song.

I think several of the songs have that. It’s a weird album in that way – it seemingly sounds really light and celebratory, but it has this sort of bizarre kind of feel at the other end of the spectrum, both diabolic and angelic.

SC: Listening to it, I wondered what came first, the melody or the lyrics.

SF:Â We had the melody first. That one kind of came later. That one, “Gone Forever” and “Heart of Stone” were written halfway into recording process.

SC: So you’re in the middle of touring for this album, in North America at least. Visa problems all cleared up? I read you had to cancel an Austin show because a couple of the Copenhagen-based musicians in the band couldn’t get their visas straightened out.

SF: It was kind of just a timing thing. It was a bad time to get a Visa from the American consulate, since Obama and Oprah Winfrey were both visiting. This time our backline guy couldn’t get into Canada. It’s a classic problem with touring bands.