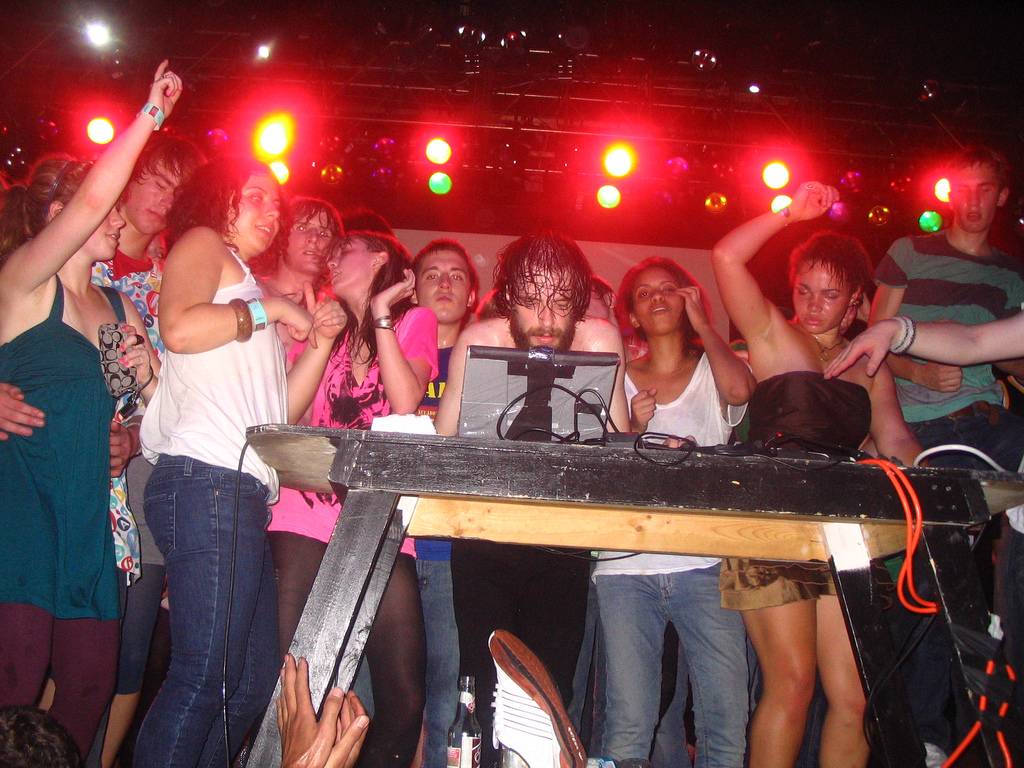 The wild adrenaline rush that accompanies a Girl Talk show is followed by a mighty drop when the lights come up, which is when you realize that you’re in a grungy community centre, covered in sweat that may or may not be entirely your own.

The venue for this show, St. Antonio’s Hall, is right around the corner from my house, and has been advertising last July’s Lebanese Festival ever since we moved here. Up until the night of the show, I wasn’t even positive that was where it was going to be, since it’s always seemed activity-free, but when we rounded the corner onto Cunard and saw the block-long line of kids in neon and shoelace headbands, I knew we’d hit the jackpot.

Now, I’ve been bitching about Pop Explosion all week – “Oh no, I have to go to a bunch of awesome shows every night! Quel dommage!” – but as Saturday rolled around, I realized that (sob) I was going to miss all of the hoopla. No more dancing ’til the wee hours of the morning, no more heart-pounding trips home across the mugger-friendlyÂ  Commons, no more sounding like an important person with night-time plans that don’t revolve around my cat… I sure am going to miss being cool.

All week long, even up until Friday afternoon, I was confident that I’d be able to make it to at least Girl Talk and Vancouver’sÂ Japandroids, and probably a few more shows on top of that. I was a fool.

Here’s where we screwed up, though: my plus one (aka my boyfriend) didn’t want to leave the house until the Canucks had pulverized the win-less Leafs, so by the time we made it to the venue, the line was looking almost insurmountable. I thought about using my media pass to bypass the crowd, but that seemed rude, so we retreated until the line got a bit shorter. Turns out every other media pass holder had no qualms about shoving past the hipsters. Liz fail. 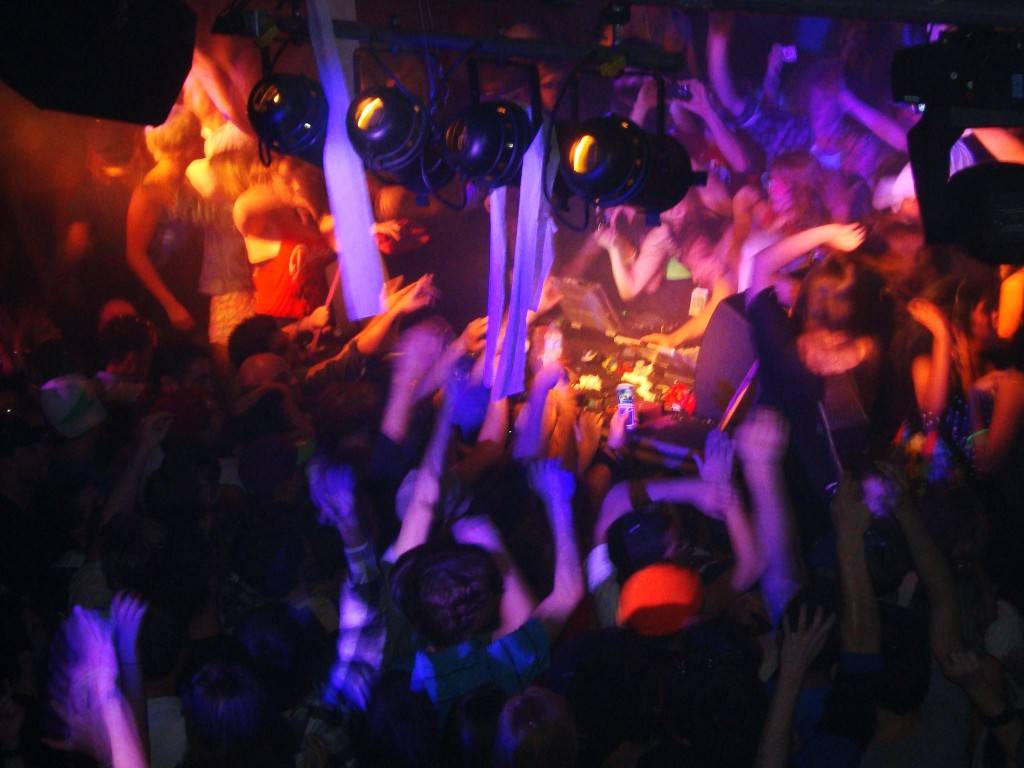 Once we were finally inside, we were subjected to the kind of vigorous pat down I usually only receive at the airport (security dude definitely thought my ziplock of peanuts was contraband), but at last, we were in! The sold-out show was wall-to-wall people, and the air was thick and humid. The rain outside had made everyone damp, and the dancing… well, let’s just say that St Antonio’s smelled like a crowded room. And farts.

Girl Talk, known to his mama as Gregg Gillis, was onstage, shirtless and dripping sweat onto his laptop as he mixed the beats that have made him famous as the ultimate good time DJ. Technically, Gillis doesn’t make any of his own music, instead sampling the instantly recognizable hooks off songs new and old and mashing them into ridiculously catchy dance anthems. Gillis has an uncanny knack for pairing the dirtiest of rap with arena rock and old-school R&B, creating an unholy mess that always ends up feeling right. 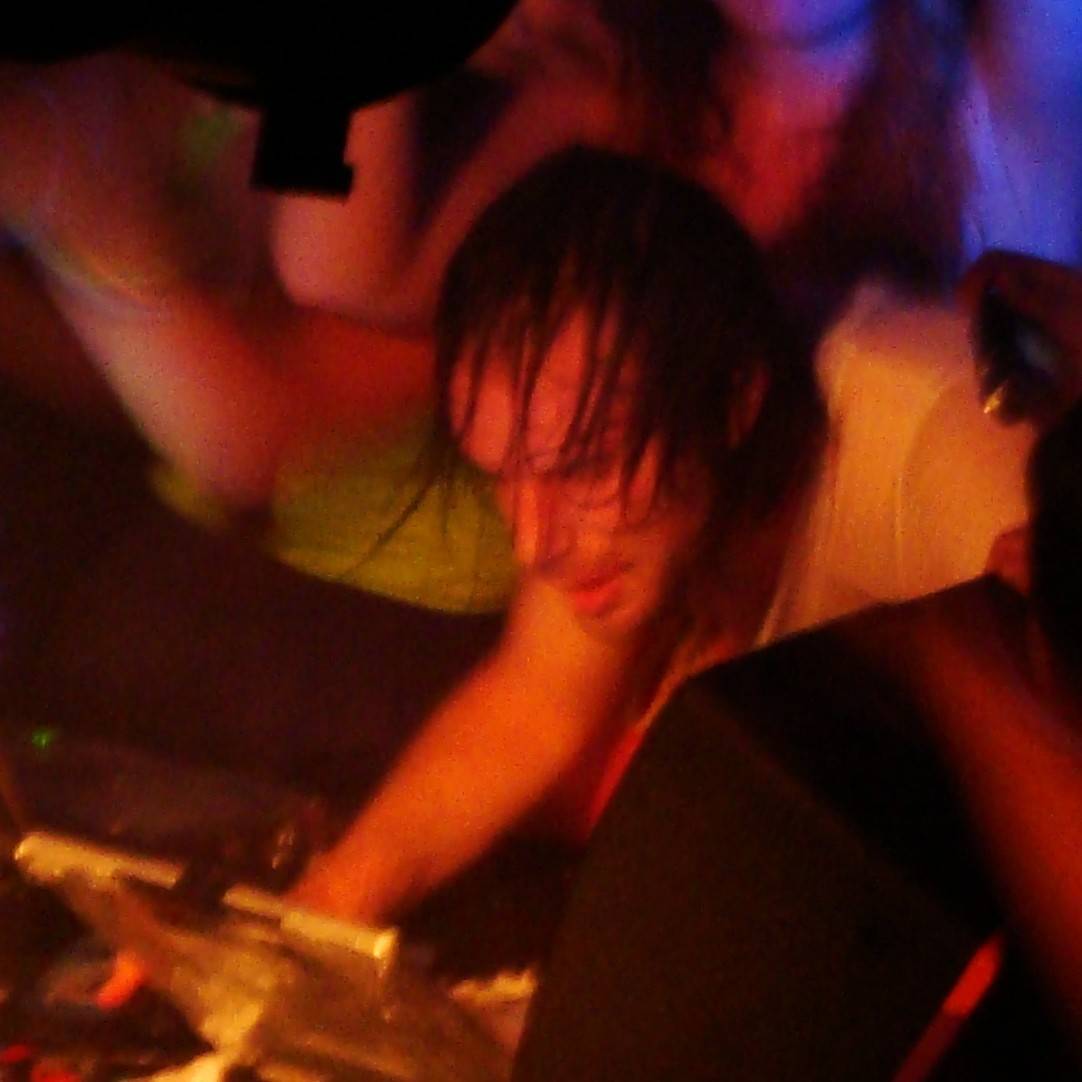 Gillis wasn’t alone onstage, though; about half of the room had managed to make their way up there with him, and they danced and sang along gleefully as Gillis seamlessly transitioned from track to track. I heard highlights from 2008’s Feed the Animals as well as classic bits from the 2006 Girl Talk album Night Ripper, but songs bled into each other so easily it was hard to tell where one stopped and the next began.

The atmosphere inside the hall was like a very adult school dance, but this time around, it was okay to be publicly intoxicated. When Gillis began to play the end of “Smash Your Head” (Notorious BIG’s “Juicy” and Elton John’s “Tiny Dancer”, together at last!), the lights began to slowly come on, and everyone came to, out of the kind of hedonistic reverie they’d been in. Despite the chants of “One more song!” the night, and the Explosion, was over.