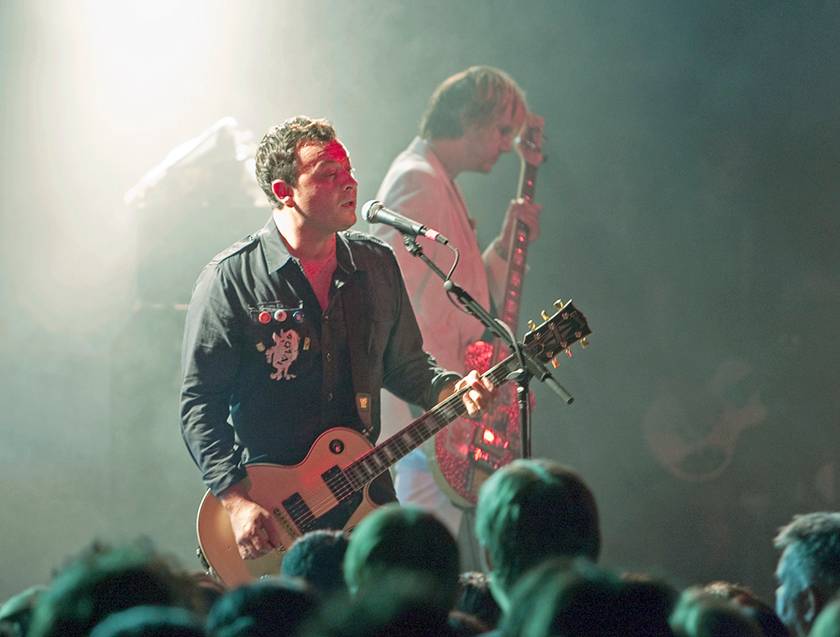 You don’t get the opportunity very often to hang out with a few hundred Manic Street Preachers fans. Not on this side of the pond, anyway. And then only every ten years or so, on average. This came up a few times between songs when the Welsh institution returned to Vancouver on Tuesday night at the Commodore.

Guitarist-vocalist-godlikegenius James Dean Bradfield apologized at least twice for the decade-long delay, telling us, “it’s not that we don’t love you.” But it’s been tough times and partly diminishing artistic returns for the Manics since the end of the last century, when This Is My Truth Tell Us Yours made them megastars in the UK and also-rans over here.

And among the usual assortment of ex-pats real and imaginary you’d expect to see at a show like this, it was material from that stupendous 1999 album that tended to bring the house down. When Bradfield was alone with an acoustic guitar for “The Everlasting”, some bozo shouted “You’re God!” Which is something I’d only half-heartedly dispute since I’ve had a man-crush on the guy since 1991.

A slightly smaller subset seemed to lose their shit over some waaaaay-back and frankly fucking awesome choices like “Motown Junk” – given a little Small Faces “All Or Nothing” overture tonight – a furious “You Love Us”, or epic opener “Motorcycle Emptiness”. Along with “Little Baby Nothing”, the track from 1992’s Generation Terrorists that featured Traci Lords, and performed tonight by Bradfield’s “feminine side,” you have there four of the greatest singles of the ’90s. And you’ve probably never heard them! Not your fault.

Other surprises included the muscular rocker “From Despair to Where” and “La Tristesse Durera (Scream to a Sigh)”, both from Manic Street Preachers’ second album, Gold Against the Soul. I’d like to have a word about that record. The band isn’t fond of it, but I am. It’s the one where they aimed to be a subversive, intelligent version of Guns N Roses (sort of), and they almost pulled it off. I’ve tried explaining this album to friends. It’s pointless. But I’m still listening after 16 years.

From The Holy Bible, we got “Faster” (and it was) and “This Is Yesterday” – chosen by the crowd over “Small Black Flowers That Grow in the Sky” and given a heart-quickening little flamenco flourish at the end. As for the insanely great Journal for Plague Lovers, the new record that has breathed enough fresh life into the Manic Street Preachers that they can actually board a plane to Canada again, there was curiously little. “Peeled Apples” came up early with much of its ecstatically heavy whump intact, probably due in no small part to the addition of keyboardist Sean Reed, and Wayne Murray on “cheekbones, skinny fucking ass,” guitar, and vocals.

Bradfield prefaced the song by saying, “This is about us, you, and Richey James Edwards,” and the officially presumed late Mr. Edwards didn’t come up again until bassist Nicky Wire strode grinning up to his father boa festooned mic, just prior to a magnificently puffed up and emotional “Everything Must Go”. Manic Street Preachers’ first visit to Vancouver in 1992 was “the worst,” he recalled, from beneath an adorable little sailor’s hat. “There were about ten people there and two of them were Bob Rock and Jon Bon Jovi. They walked out, and me and Richey refused to play anything right that night.”

It would have been 12 people if me and my girlfriend had seen the words “Early Show” on our tickets, but we didn’t, and we missed Manic Street Preachers at the Town Pump. I’m still sick about it. 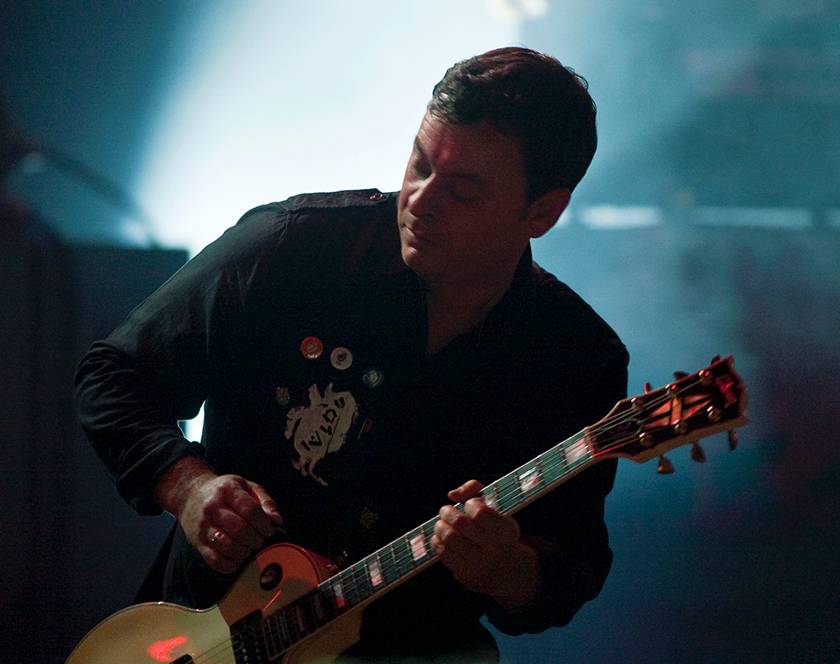 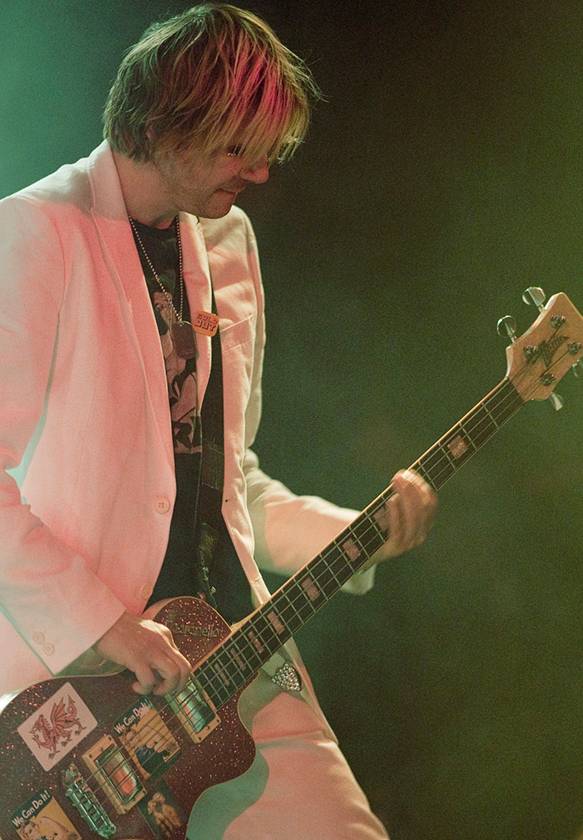 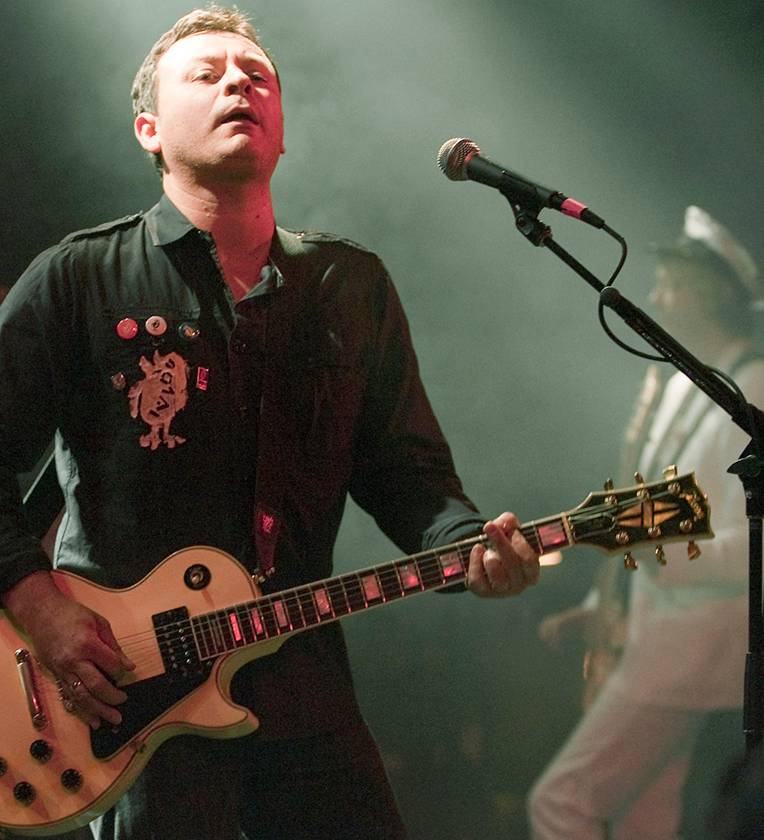 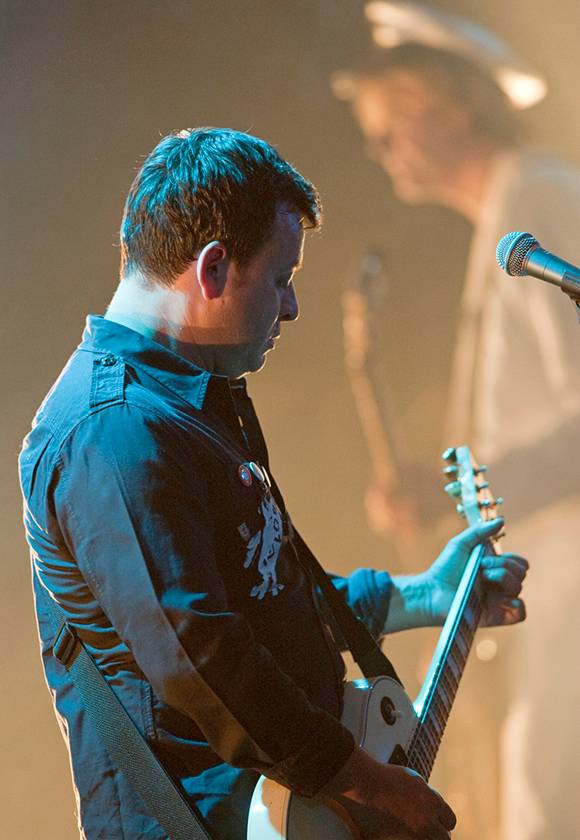 5 responses to “Manic Street Preachers at the Commodore Ballroom”