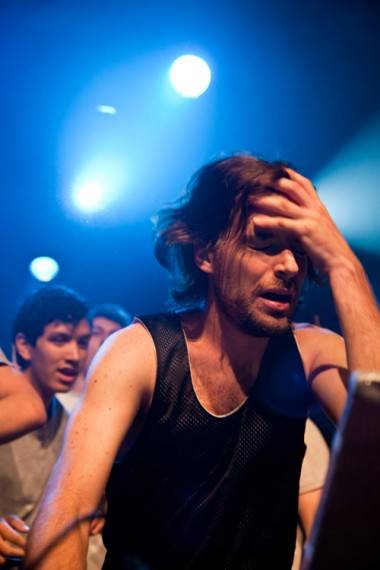 The former biomedical engineer took to the stage and the sardine-packed house went bonkers. A few sidekick chicks skipped on stage firing power toilet paper streamers and confetti original-prankster styleÂ  while a sizable portion of the audience, about 40 strong, joined GT on stage to git thur sweaty neon crunk on.

Kudos Girl Talk, whether you are indeed a “lawsuit waiting to happen” or a 15-minute blip of trendy fun, you are making moneyÂ  playing other people’s music for a generation of self-entitled music pirates. You have created controversy in the music industry as to whether your “illegal art” is actually safeguarded under fair use, while also managing to bring ironic glasses back in. Girl Talk, what do you do for fun?