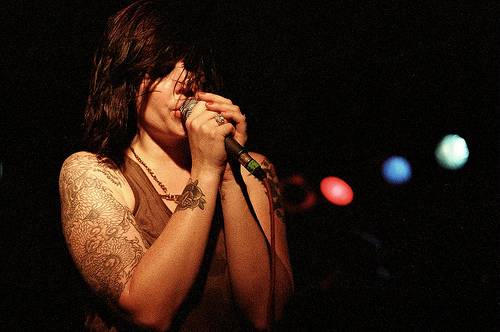 Spinnerette on tour for their 2009 self-titled debut album.

The band isÂ fronted by Brody Dalle, formerly of The Distillers. Other members include Tony Bevilacqua (The Distillers), Jack Irons (Red Hot Chili Peppers) and Alain Johannes (Queens of the Stone Age, Them Crooked Vultures).