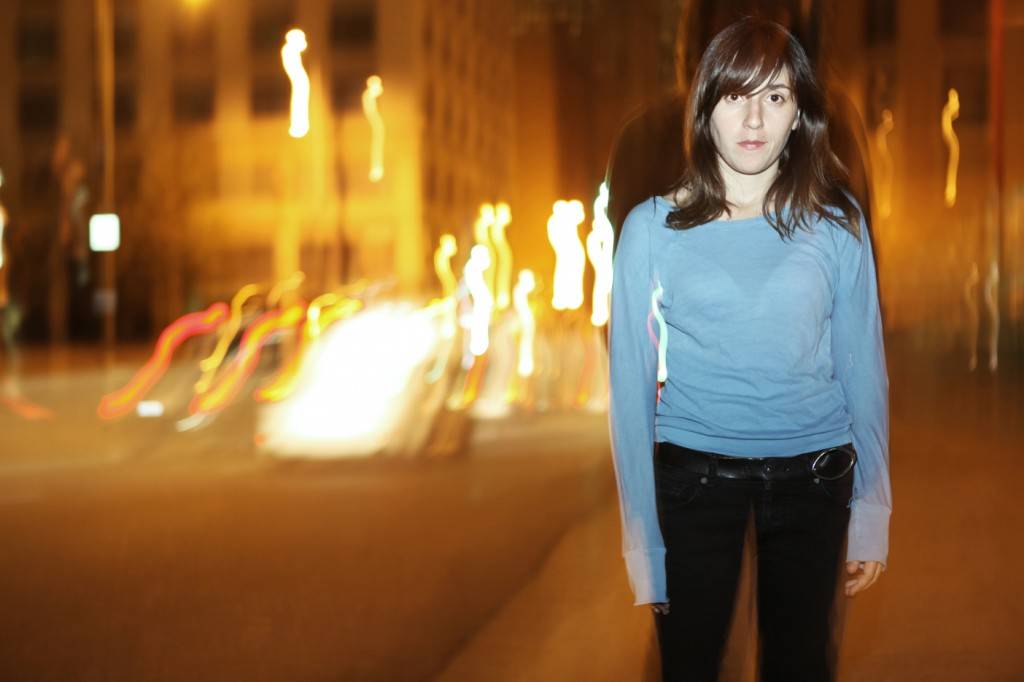 It’s not often someone who considers themselves a grown-up becomes infatuated with an artist via Myspace – and then, starts cyber-stalking them.

Recently, I got a trickle of e-mails from DJ friends raving about this “lady version of Ariel Pink” (which I ignored). Then, a month later, mentions started raining in, with the mp3 attachment “What Did He Say” from way too many different places, so I listened… and the rest is teared-up history.

Good Evening, the debut from Nite Jewel, aka Ramona Gonzalez, ranges from portentous disco tracks to ’70s radio pop tunes – possibly from the unreleased Stevie Nicks archives, or something better. Some tracks could be mistaken for being recorded four decades apart, but they all have these three things in common: low-fi, 8-tracks, and unrestrained sonic vocals that seem to be coming out from behind some kind of beautiful L.A. smog cloud.

Then Nite Jewel was everywhere: in the small print of festival lineups, romantic art video gatherings around L.A., and in summer BBQ playlists. I thought it was time that I stopped typing things to her Myspace profile and sat her down to ask the things little people want to know – while I still can. 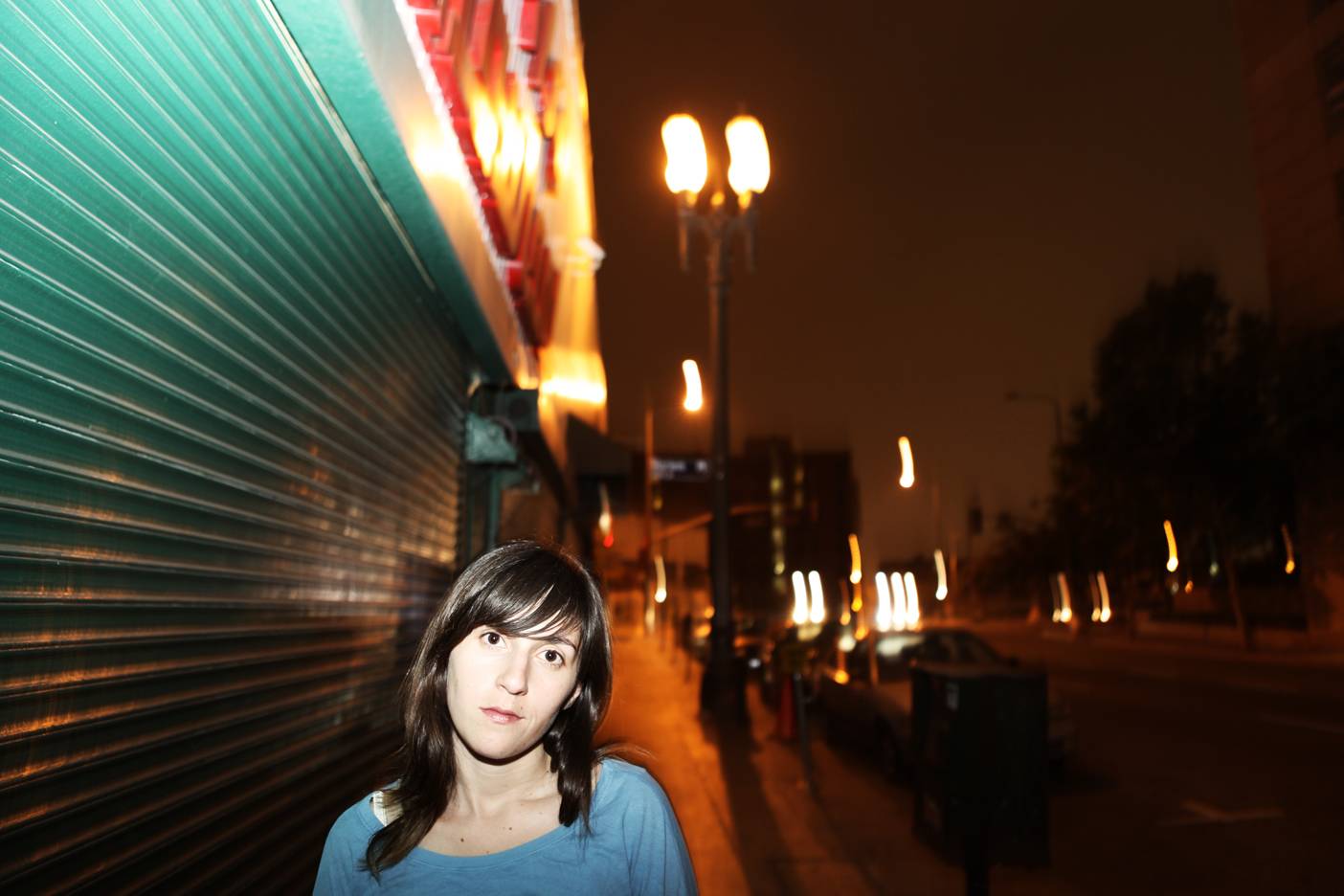 Jenna Roadman: Is this your first solo project?

Ramona Gonzalez: It is my first. Though, I played classical piano for a while and then I sang in jazz combos in high school and college. That’s sort of solo actually because you don’t hang out with the band, they just show up and keep time. You’re just on display. Then I had a bunch of bands with boys in college, then garage rock bands in Oakland. Then when I moved here [L.A.] I had a bunch of bands with friends. I started performing solo again because I think I was just frustrated with people in the creative process.

JR: Do you think you could you have done it sooner?

RG: I don’t think I could have gone solo sooner because I don’t think I was ready artistically. I don’t think I knew enough about music, I still don’t know enough. The most ideal time to start a solo project is never… or a band for that matter because there’s so much to learn. But I felt like I had played music with a lot of brilliant people and I was sort of at the point where I had absorbed enough information to communicate my ideas well.

JR: So you’ve been through a lot of musical incarnations. Do you see yourself being Nite Jewel five years down the road?

RG: I try not to plan things. I have other pursuits beyond music. I’ll always be doing music though.

JR: What would be climactic accomplishment of Nite Jewel be, whether that’s spiritual or material?

RG: The climax is directly linked to if I’ll be doing this in five years because recording is my favorite thing to do in life. So, if I’m offered the opportunity to support myself and record then that would be the ultimate great thing for me. Then I would be able to continue doing this for five years. I don’t want a job. I have skills that don’t extend beyond writing papers and making music. I don’t do web design or construction. This is all I got. I could wait tables but I’m not doing that again!

JR: Is your music sharing something of yourself or is it creating a Nite Jewel facade? Or, maybe just a mood you want to project?

RG: There’s this myth of authenticity in music that somebody somehow communicates a part of themselves, which is just total bullshit. Everybody is just communicating this faÃ§ade in music and of course it’s personal, because it’s their take on the idea of being a performer, which is always going to involve facade. So, for me, it’s the most personal thing in the world, and the music cloaks me in a nice sound, and that’s part of a faÃ§ade, so it’s all connected really.

JR: If you could set the songs of Good Evening to any film, what would it be?

RG: The films that I love, I love so much I couldn’t even [fathom]. Maybe if I could alter and extend the songs without vocals, maybe some sort of Chris Marker film… documentary style. I’d love to soundtrack something, but I don’t think my songs really fit in the movies that I love which are slow and morose. It actually would fit into some sort of party scene from American Pie or something awful.

RG: Probably that song by John Lennon that goes “Love is feeling, feeling Love.” Or, shit man, it’s hard to think about because I’m married and romantic songs are something I experienced at the very beginning of my relationship. Oh my God, my husband is going to kill me for saying this – he once made me this mixtape and all of the songs had the word “love” in the title and it was so sweet. So, I think that [John Lennon song] is romantic mainly because it’s so stupid, and love is so stupid. It’s so simple.

JR: You said recently you’re listening to all vocal-free music. What’s your lyrical process? Do you think lyrical meaning is important?

RG: It’s extremely important. I just sent all my lyrics to my dad and he liked the lyrics better than the music. It doesn’t seem important for me to tell people what they are but for me to be able sing it passionately… Sometimes I just mumble along and mouth words that aren’t really English. Though, “Artificial Intelligence”Â  I wrote on a bench and the song came out of the lyrics.

JR: Your music is often associated with the atmosphere of L.A. What do you do in town to keep inspired?

RG: Just look around. It’s an inspiring place. I never pass the same thing twice. It’s the hugest town; it’s full of weirdos and brilliant people that are limitless in their creativity. There’s a lack of hipsters here, which is pretty inspiring.

JR: Do you feel like the ease of living here, as compared to New York, contributes to the time and energy you can give to your work?

RG: Hell yeah! Yes! Yes!Â  L.A. inspired this whole thing. When I was in N.Y., everything was jagged and sharp and rough… Everything would come out in spurts of torture and depression. L.A. is the sort of place where you can be languid and people find that interesting. The ease here allowed me to relax and focus on sonic textures.

JR: What are you trying to achieve with a live show? What do you want people to feel?

RG: I like to see improvising a little but really tight at the same time. I’m trying to get my band really tight, but be able to express ourselves beyond the recording, change the tones of things to communicate how we can sound live. I have a live bass player now, and there’s no live bass on the recordings. A live show shouldn’t be like the recordings.

JR: When somebody likes your music, what is the best thing they could come up and say to you?

RG: I would love for them to talk about some other music they really like that it reminds them of. Something about music, not vacant or vacuous, that makes them feel good… to have emotional connection. Praise is just like… you have to say something of substance. I’m a new artist though, what can I expect?

JR: So you’ve got a West Coast tour coming up. What can we expect from you after that?

JR: Any planned trips to Canada?

RG: We’ve been twice to Montreal and Vancouver, so we’re obviously not shy. Somebody make me an offer!

JR: Do you mind if we take a moment to throw out two words and you have to choose between them as quickly as possible without thinking. Ready? 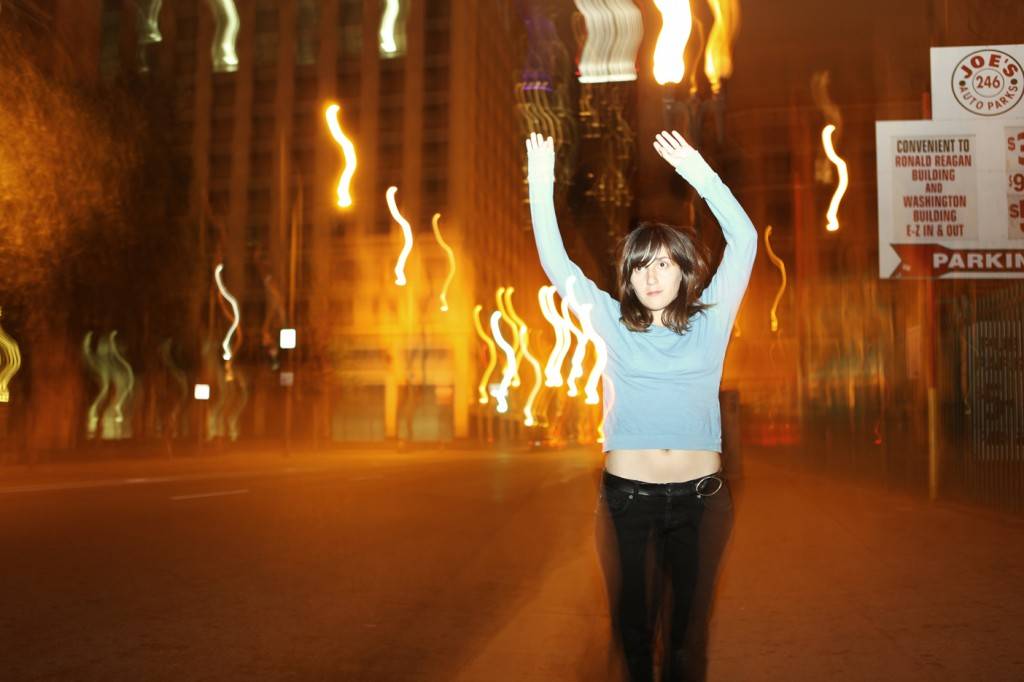