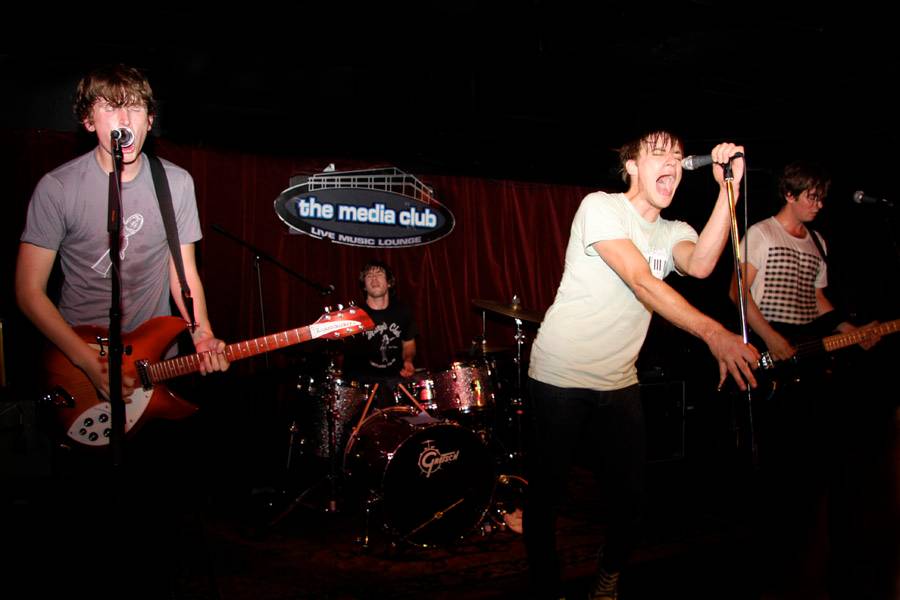 Review and photos – Cut Off Your Hands at the Media Club, Vancouver, June 22 2009

You would think New Zealand’s Cut Off Your Hands have it made in the shade.

They’re a handsome young band, with a star-making, slightly effeminate singer who looks like the pretty boy lovechild of Damon Albarn and Paul Weller. The group has made its second home in London, where they hang with producer Bernard Butler of Suede and regularly open for the likes of Bloc Party and Foals. And more importantly, their debut full length, You & I, is one of the catchiest albums of the year, filled with big bright melodies and soaring pop choruses with nods to Arcade Fire and the Smiths. Lots of Smiths

So then why was the Kiwi outfit reduced to playing a Monday night at the Media Club, which is starting to look more like a hookah lounge since the low-ceilinged room got rid of its booths and tables, to an appreciative but small crowd of around 100 people or so?

You can’t fault Cut Off Your Hands, which came out blazing, and with a new guitarist who looked to be about 14 since I saw them eight months ago in Auckland. In an efficient 35-minute set, Cut Off Your Hands sped through a peppy setlist of should-be hits, including “Oh Girl”, “Happy as Can Be”, “Turn Cold”, “Let’s Get Out of Here” and a hyperactive cover of “Shark Attack” by fellow New Zealanders Split Enz.

The crowd seemed to enjoy the sweaty proceedings, especially the two women who took off their shirts and danced in their bras the entire time, while another group of young women spent most of the show in front of the stage getting their boyfriends to take pictures of them, perhaps to post on their blog IGoToShowsToBeSeenNotToWatchBands.com.

There was no encore and the band chose to bookend its set with two of its older and more post-punky (for lack of a better word) songs, “You & I” and “Expectations”. Neither song stands up to Cut Off Your Hands’ poppier fare, but it was more in keeping with the agro-assault provided by openers Fake Shark Real Zombie. 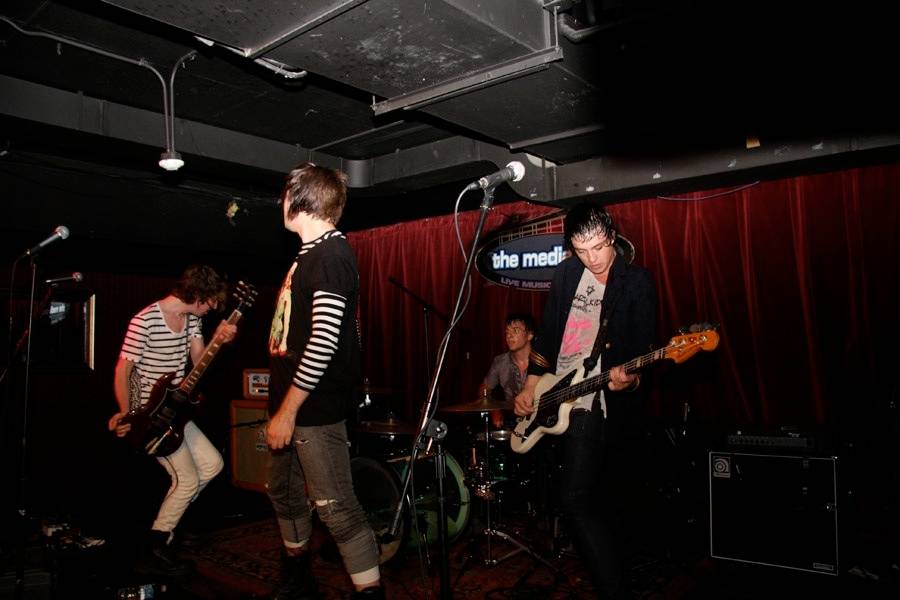 Mixing dance punk, screamo, beatboxing and a few Rush and AC/DC riffs, the local band and its challenging frontman came off like the Blood Brothers covering Red Hot Chili Peppers. Or for Cancon purposes, Hot Hot Heat imitating Bootsauce. Needless to say, it wasn’t my cup of tea, and my friend Paul is looking into trademarking the name “Fake Shark Real Shitty.” But hey, the kids liked them. 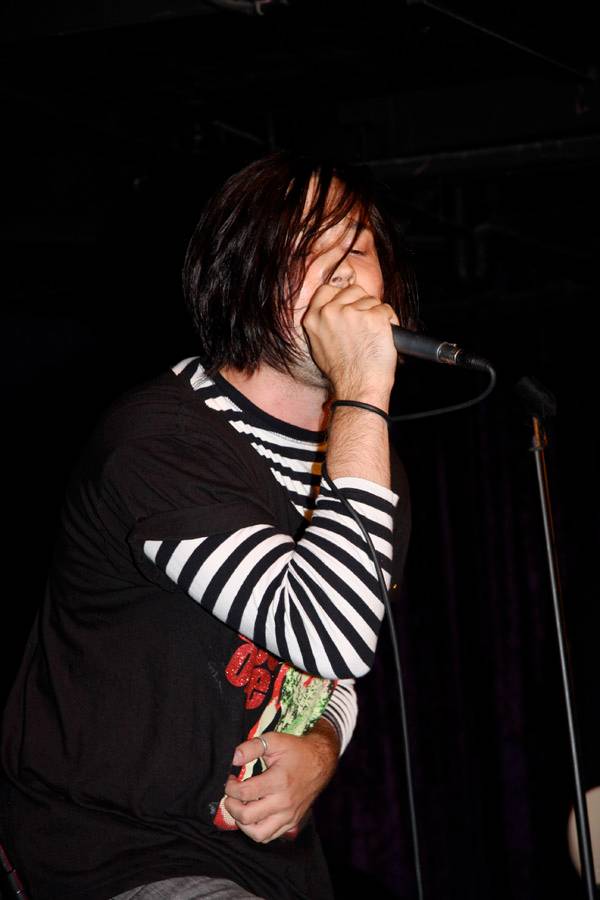 As for Cut Off Your Hands, singer Nick Johnston, unlike his predecessor, kept the stage banter mercifully brief, fell to his knees when required, played a mean tambourine and, tellingly, implored the crowd to buy their merch so he and his bandmates could eat the next day.

More Cut Off Your Hands photos:

no images were found