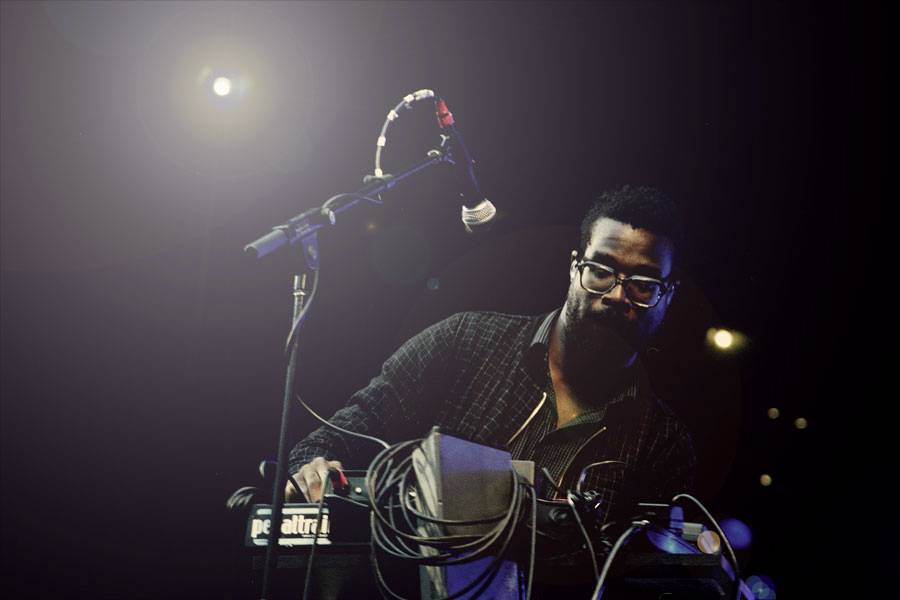 First time at Cookie Malkin for TV on the Radio was an awe-inspiring experience, yes. But the Brooklyn ensemble and its funk-concrÃ¨te didn’t sit entirely comfortably inside the bowl. We were four songs into the set with “Halfway Home” before sound physics finally agreed to cooperate, and this was after we’d been boxed with the brown noise + syncopation of “The Wrong Way” and gloriously turgid Lodger-era Bowie of “Wash the Day”, both built from highly delicate elements, and both ever-so-slightly undone inside a combative mix.

At other times, the band’s boiling energy seemed to funnel upwards instead of out, like it was drawn into the chilly air above Malkin. With nothing much else besides guitarist-vocalist Kyp Malone’s very, very low key conversation for company – he mentioned at one point that the eagle-cam pointed at a treetop nest high above the stage was “a little invasive”, the weirdo – TV On the Radio in the great outdoors was an occasionally remote experience. You found yourself longing to hear its black cathedrals of sound in a club, oddly enough – even after the winter we just had.

But that’s it for complaints, Skippy. My voice will be lost in the chorus, but allow me to join everyone else in the world in expressing my profound admiration for what TV on the Radio does. Which is to contrive a place for itself at the end of a long line of names and signifiers including Suicide, Talking Heads, P-Funk, ’80s RnB, early Roxy Music, late Roxy Music, Prince, Miles Davis, Phillip Glass, Sonic Youth, My Bloody Valentine, 8-bit computer games, Michael Jackson, and country legend Freddy Fender. 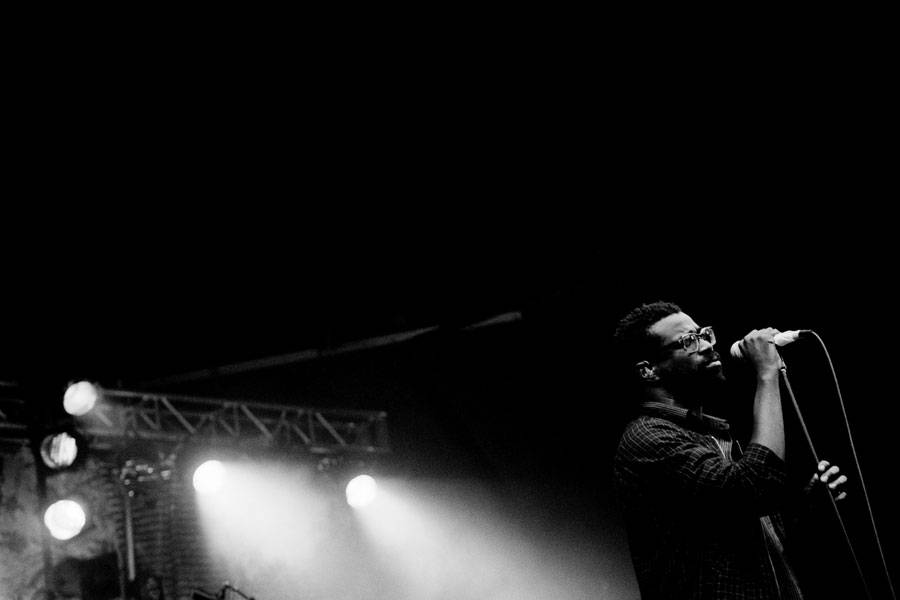 The genius is in its seamlessness, crystallized in the way TV On the Radio flips from “Wanna Be Starting Something” funk to mountainous post rock in “Golden Age” – given extra special yowza in a live setting – or the habit shared by Malone and vocalist-loopist Tunde Adebimpe of modulating between mannered insectoid neu-wavers and dick-swingin’ soul men.

Like in “Crying”, which also gave guitarist David Andrew Sitek the platform to bust out of an almost concert-length force field of electric skullet-period Eno squall and into something a bit more Carlos Alomar-like. In either position, Sitek produced heart-melting noize, aided by saxophone-percussion buddy Stuart Bogie (whose commitment to hand clapping during “Wolf Like Me” was unspeakably moving. For this and other reasons, it was probably the show’s first emotional peak). 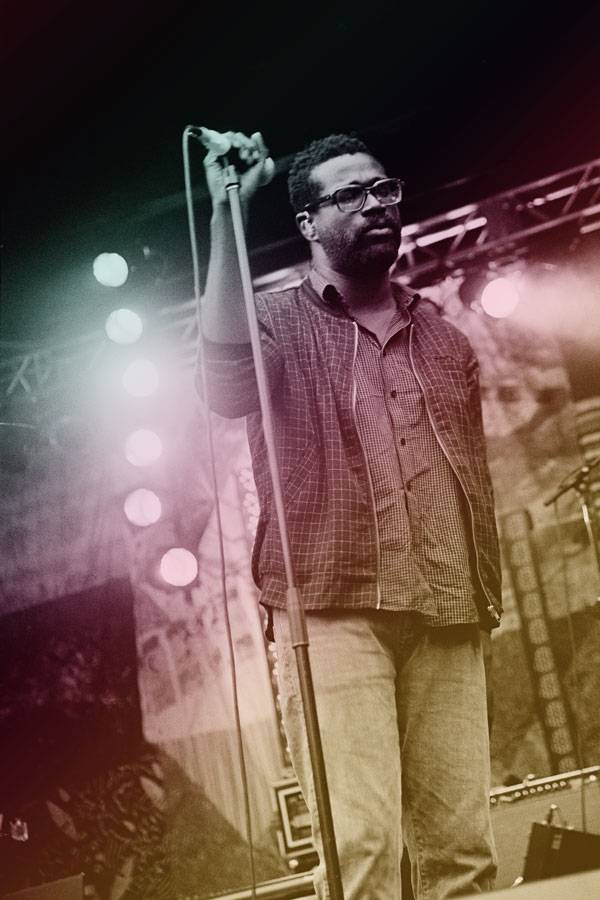 The formula is as unlikely and borderline absurd as the enormous patched quilt that hung behind the band. And then you hear the way TV On the Radio finds tiny but devastating melodic opportunities in the jacked-up dissonance of “Shout Me Out” or tonight’s vicious “Dancing Choose”, all while never, ever forsaking its mighty swing.

The latter had Adebimpe finally cutting loose – something you suspect happens more naturally when there’s a ceiling dripping human sweat above his head, rather than a canopy of rainforest, but whatever. Any chance to catch TV On the Radio is better than a kick in the ass from a fungal hesher in flip-flops, as the saying goes. And I was kidding about Freddy Fender.

3 responses to “TV On the Radio at Malkin Bowl”