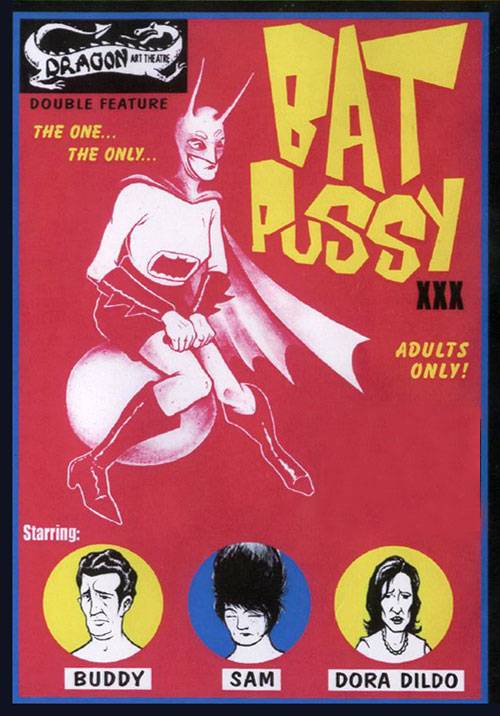 I anaesthesized myself for its otherwise unendurable 50 minutes using a cocktail of muscle relaxants, tequila, and “Jazz Woodbines’” Others might prefer ketamine, halothane, or a hot-shot of old China White. Or maybe a gun.

Bat Pussy is like a Voigt-Kampff Empathy Test for chronic masturbators. Only a psychopath or possibly a replicant could withstand let alone enjoy a document so barren or unflinching in its contempt for humanity.

At best, one might find a certain unvarnished truth in Bat Pussy. Exploitation cinema is distinguished by gratuitous sex and violence, but also gratuitous honesty. The membrane is thinner, compared to the mendacious emotional violence of a film like Juno, which rapes our sensibilities through superior craft.

On the other hand, Bat Pussy might be too honest.

First, some history: Bat Pussy was evidently made or at least released in 1973. And that’s it. I know nothing else about Bat Pussy, and it’s not like I’ve gone digging. To quote Barbara Bush, “Why should I waste my beautiful mind on something like that?” She was talking about a million slaughtered Iraqis when she said those words to Larry King in 2004, but I feel it only strengthens my point.

Here is a petition asking Something Weird Video to release a deluxe edition of Bat Pussy on DVD. It’s possible that the 209 people who signed this petition are simply naÃ¯ve about the atrocity they’re so urgently campaigning to spring on a world already well past its critical mass of daily tragedy. But it’s more likely that they’re just sick motherfuckers. I wish them well either way, but don’t take that as an endorsement of the movie. It’s an endorsement of humans banding together to make something happen, which always gets me pumped up. 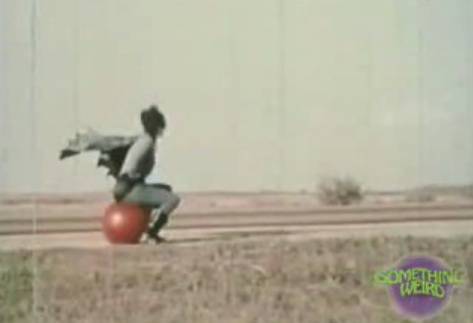 Bat Pussy gets nothing pumped up. It’s a boner-killer. More than that, it’s the boner-killer of all time. The film–the celluloid upon which the image sits–actually appears to be stagnant or moldy, and so do the performers. If you could call them “performers”. Which you can’t, since they’re incapable of either acting or fucking. But that aside, it’s the wretched quality of the picture that hits you first, like a wave of nausea underwritten by an attack of hygiene panic.

The ambient audio squalor is just another source of vertigo, as you find yourself straining to hear the interminable inebriated bickering of the film’s two main performers. And bickering is all these two livid, pink walruses do for the entire movie. Sound hot? For some of us, it’s like being thrust back to childhood, except that you’ve landed in a corner of your parent’s bedroom on drunk Friday. Maybe I’ve admitted too much.

The story: beehived hooker-blob Sam and her possibly retarded husband Buddy are trying to have sex with each other, but between her relentless whining over his infidelities and his detumescent johnson, shit just ain’t happening. Again, for the whole film. 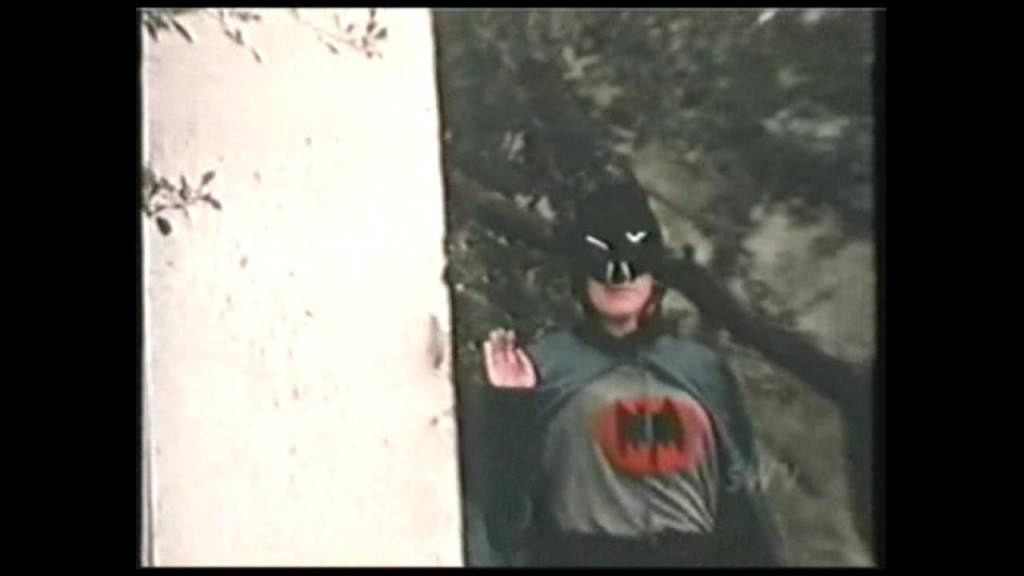 Choice lines (to be read in a near-impenetrable Texan accent):

Buddy: I’m gonna fuck my secretary right in the ass and then come home and make you suck my dick.

Buddy: Every time I run my tongue up your pussy it comes out your asshole. What’s the goddammed deal with that?

Sam: (whiney) You’re the motherfucking complainer! All you do is complain!

Buddy: I want a hot pussy on the grill. That’s what I wanna hear.

Buddy: My horoscope says I’m supposed to fuck you in the nose, in the ears, in the mouth, and in the pussy.

Sam: My horoscope said to get another man.

Buddy: That’s the biggest goddammed pussy I ever seen in my life

Buddy: I’d like to suck your pussy til your head caved in.

Buddy: (after more cunny) What’s all this white stuff coming out of you? Why didn’t you tell me that dinner was ready?

Buddy: You sell your pussy for two cents on the street, but Bat Pussy here is fer law and order!

Sam: You never can get a hard on so I have to use a rubber dick, you son of a bitch!

There are no credits, although there was a director, presumably, because you can hear him giving instructions from behind the camera. There’s a moment when Buddy shoots him a part-annoyed, part-quizzical glance, and asks, “Do what?”

My good intentions aside (I’ve had a copy of Bat Pussy sitting on my hard drive, taunting me, for over a year now) this turned out to be a terrible way to ruin my painkiller-tequila-reefer cloudride. Although I‘ve heard that Turkish Bat Pussy is actually worse. 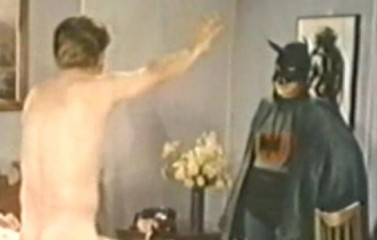 7 responses to “‘A Voigt-Kampff Empathy Test for chronic masturbators’”