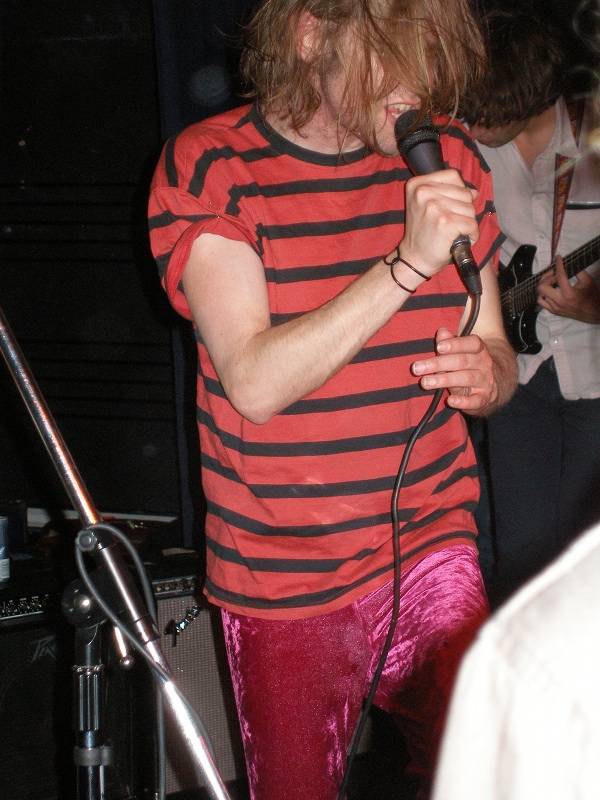 Ariel Pink sounded like his own biggest fan as he bawled his way onto the Media Club stage in Vancouver last Saturday night. He shuffled about in too-tight, pink velour stirrup pants like an emaciated, thrift-store-styled scarecrow and screeched “New world order!” at the packed crowd below. With his head down, striped shirt, and greasy, blond tresses, Pink at times looked like an eerie apparition of a resurrected (but newly vertically-challenged) Kurt Cobain.

Ariel Pink shares the lo-fi, pop sensibilities of Nirvana, but his sound is a timeless, hard-to-pin-down nebula of layered noise that’s pleasing to the ear despite (or because of) the intentional muddied production values. The closest act I can think to compare him to is the criminally unknown DIY basement recorder pioneer, R. Stevie Moore. It turns out that Pink collaborated with the guy on a bunch of tracks, like “What Else Am I Not Supposed To Do?” from Moore’s latest album, Conscientious Objector, and Pink cites him as a major influence, so there you go. 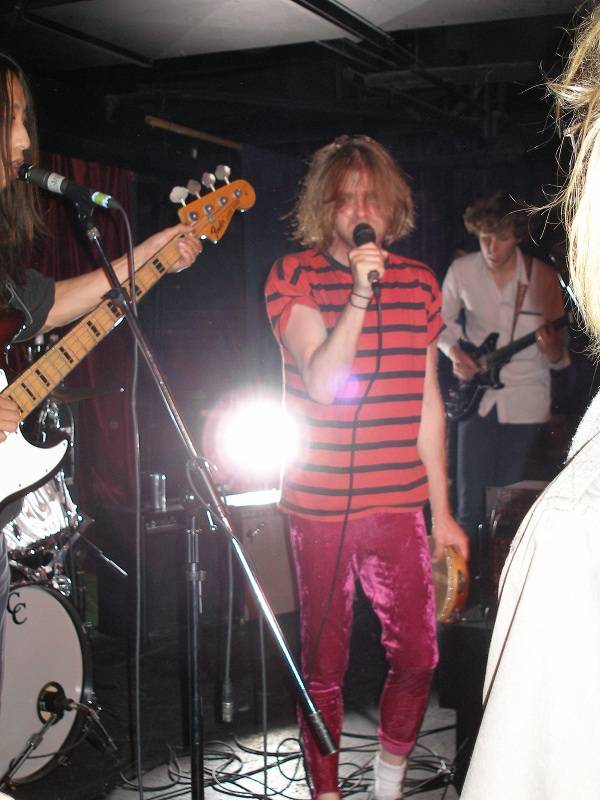 In the past, Pink (born Ariel Rosenberg) has been pegged as a difficult act to translate live, and a lot of critics have hated his slapdash, unrehearsed performances. There wasn’t much to bitch about on Saturday, though – Ariel Pink’s Haunted Graffiti sounded tight in their own loose sort of way and, despite the Media Club’s craptastic sound system, Pink himself sounded, well, practiced. If that feels like an insult, it isn’t.

Back in 2004, Animal Collective signed Pink as the first act on their Paw Tracks label and it’s not hard to understand why. Both acts split audience members into two camps: those who love the erratic spontaneity of their cobbled-together live shows, and those like myself, who wish the songs retained some of the original form they took on the album.

I first saw Animal Collective during their Sung Songs tour and could barely distinguish my favourite track, “Who Could Win a Rabbit?”, from the rest of the throbbing beats and incessant whirring that made up the set that night. Pink has taken a lot of shit for basically giving me what I ask for in a live show – a recognizable reinterpretation of his albums – so maybe audiences just need to give a proper listen to the recordings before they’re scared off by the real thing. Those velour pants were a little (ahem) blatant – beware the view from the front, ladies and gentlemen. 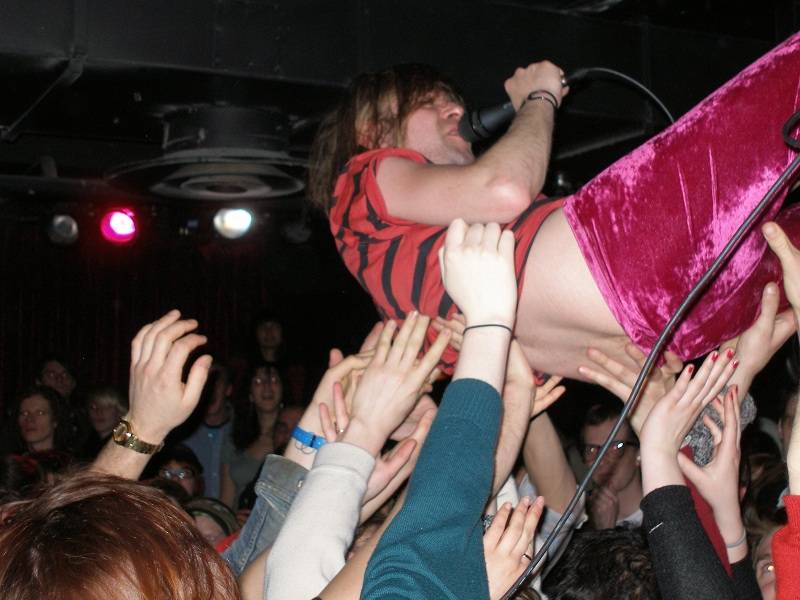 Beware the view from the front… and from underneath, apparently.

Some Ariel Pink songs sound so distorted you’ll feel like you need to poke a pencil in the cassette so you can reel the tape back onto the spool – then you’ll remember you buried your Walkman in the bottom of your junk drawer five years ago and you’re listening to the track on a bloody iPod.

I don’t know if Pink’s live act has improved or if critics now know what to expect after all the Paw Tracks hype, but “For Kate I Wait” is still the best track Ariel Pink’s ever recorded and I was definitely able to recognize and love it live. At one point Pink lurched into the crowd and was devoured by a sea of hungry fans, but he emerged a few minutes later–a sweaty, discombobulated mess – and hurled himself back onstage. I suppose I give Ariel Pink more leeway than Animal Collective simply because Pink’s albums sound so much messier – I expect the same jagged edges in his live performance so I was pleased he could deliver. If you go to the show expecting some eccentric pop sounds and don’t mind an artist who shows a little asscrack when he crowdsurfs, you’ll probably dig Ariel Pink – I sure did.

One response to “Ariel Pink at the Media Club”